3 apps to make free phone jokes: not even Bart Simpson surpasses them! 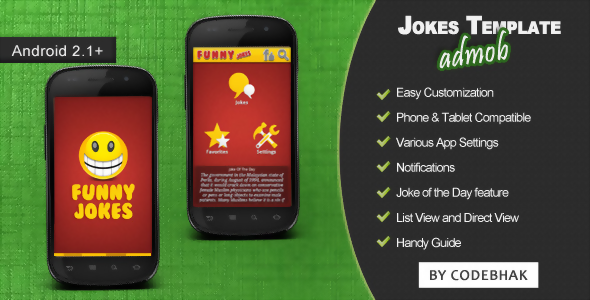 Speaking phone jokes may seem somewhat outdated because of the arrival of WhatsApp and other instant messaging platforms . However, smartphones and their applications not only continue to allow fun by spending jokes on the phone to friends and family, but the possibilities have multiplied thanks to applications created specifically for this purpose.

If you want to play jokes on the phone to your acquaintances using your Android mobile phone - we are not responsible for the possible consequences, however disastrous they may be -, in this guide we will review some of the best applications that exist on Google Play to be able to Do it for free.

One of the most famous apps to play jokes on the phone is JokesPhone. This tool includes dozens of telephone jokes that we can spend on our friends and family, and since the calls are made directly from the platform switchboard, the receiver will not recognize you nor will it be necessary to pay anything.

By downloading the application, it will be possible to access one of the jokes totally free , and another one in case of logging in through our Facebook account. The rest of jokes must be acquired, and in case of recommending the app to other people, each time they buy jokes we will receive the same amount they have acquired.

Once the joke has been spent, the audio will be recorded and available to be played or shared through third-party platforms such as WhatsApp, and thus always be able to remember that fun - or not - moment.

Another popular tool for joking on the phone is Juasap. It is one of the best rated by users, with more than 10 million installations on Google Play and an overall score of 4.3 out of 5 stars. As in the previous app, calls are made with a different phone number from ours so that the receiver cannot identify us , and then the audio can be stored and shared with other people.

Again, we have a totally free joke, and the rest can be purchased by paying between 0.99 and 19.99 euros depending on whether you want to buy one or more jokes.

The last of the alternatives that we propose to make jokes by phone for free through Android is BromistApp. This application, available to download for free on Google Play, allows you to play jokes without paying, choosing between several different categories and allowing you to record calls for later listening. All of them will be stored in a history from which it will be possible to listen, save or share the recorded audios.

Unlike previous applications, in BromistApp we have access to two totally free jokes since the app is downloaded, and it is possible to get more by recommending the application to friends. Of course, before choosing the joke you want to spend, it will be possible to listen to the audio of each one . On the other hand, a detail to highlight of this alternative is the possibility to choose between different languages ??to spend the jokes, either Spanish, French or English .