A Comprehensive Analysis of The Apple Watch Series 4: Features, Competitors, and More 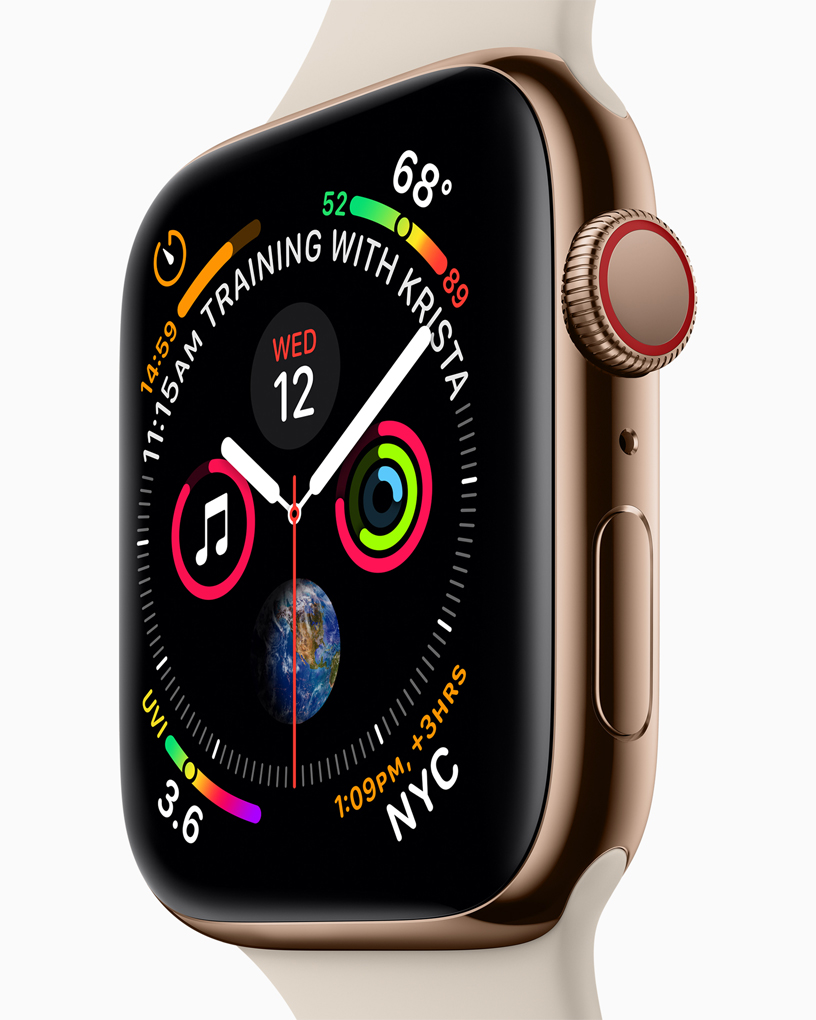 A comparison of Garmin and Apple

How Does the Apple Watch 4 Stack Up Against Its Competitors?

Overview of the Apple 4 SmartWatch

The advantages of having a smartwatch are becoming increasingly apparent to an increasing number of consumers. It also appears that every technology maker now available on the market is jumping on board. Although arguably, Apple is now in the lead with their Apple watches, significant competitors like Samsung aren’t too far behind.

If you’re interested in purchasing a smartwatch for the first time, you’re probably unsure which model is best for you. You have almost certainly become familiar with the Apple Watch 4 by this point. However, what new features does this iteration of Apple’s wristwatch bring to the table, and is it really worth the additional cost?

Since the first release of Apple’s smartwatches, the Apple Watch 4 marks the first time that the company has altered either the size or design of one of its products. This iteration had an expanded display, a more compact housing, and an improved heart sensor.

Now that we get that out of the way, what else is there to know about this watch? And how does it stack up against other popular smartwatch brands like Garmin, Samsung, and Fitbit at the time? This evaluation of the Apple Watch 4 will provide you with all the required information.

The Apple Watch Series 4 was available in 40mm and 44mm sizes as opposed to the regular 38mm and 42mm sizes, and the screens are significantly larger, coming close to extending all the way to the bezels. When you don it on your wrist, you will note that this current model is noticeably slimmer than its predecessor. This results in a reduction in the watch’s overall volume, which is something that makes a significant difference.

If you have thin wrists, you can find that it is significantly chunkier than what you are used to in terms of size, despite the fact that bending your wrist will be more accessible due to the narrower width of the product. You will like the modification, mainly if you use this watch for athletic activities.

A further modification is included in the shape of the entirety of the black ceramic underneath. This renders it hypoallergenic, which is fantastic news for anyone who suffers from an allergy to nickel. It also boasts a remarkable new heart sensor, new grooves on the Digital Crown that make it easier to grip the casing and turn it, and more haptic feedback that makes navigating swiftly a breeze. All of these features can be found on the Apple Watch Series 4.

Both the aluminum-bodied and the stainless steel models come in a variety of colors to select from, including silver, space black, and a gold finish that is particularly eye-catching.

In order to increase the functionality of the watch’s calling capabilities, Apple made the speaker on this iteration of its wristwatch fifty percent louder, and it relocated the microphone so that it is on the opposite end of the wristwatch from the speaker. Even in hectic surroundings, voices may be picked up and understood in their whole now.

The Apple Watch Series 4 comes equipped with a number of valuable and innovative new functions. To begin, it will caution you about forthcoming events that are important for you to be aware of. For instance, if you anticipate that heavy traffic will make your commute home more difficult. Or the fact that it is expected to start raining in a few minutes so that you don’t get caught in the rain.

Even better, the Siri interface will learn your habits and will then make suggestions based on those habits. For example, when you start your commute, Siri will suggest your regular driving playlist, and when you are getting close to your house, Siri will suggest certain HomeKit scenes so that you can turn the lights on in time for your arrival.

Shortcuts are another one of the new features included in this version. This enables apps to link into the Siri interface, making it possible for them to be activated with a single phrase.

This feature is made possible by the watch’s ability to recognize when you’re engaging in physical activity automatically. Whether you start to jog with your Apple Watch Series 4 and haven’t begun your exercise in the app yet, you’ll get a notification asking you if you’d like to start one. Recognize if you answer “yes,” the tracking will start from the very beginning of your run, so you won’t miss out on the first few minutes of your workout if you do so.

A comparison of Garmin and Apple

Additionally, there were enhanced running capabilities, including pace alerts and cadence metrics; yet, it was unable to compete with the running features that Garmin smartwatches have to offer. On this front, Garmin continues to maintain its edge over Apple Watch, despite the fact that Apple is making progress toward closing the gap between the two companies’ offerings.

Even in this day and age, we can’t help but ponder whether Garmin or Apple is the superior brand.

In addition, there are new capabilities to monitor activities such as hiking and yoga and updated echocardiography (ECG) that can detect any significant problems. In addition, the Apple Watch 4 is equipped with an integrated fall detection capability. Therefore, if you land on your feet awkwardly, it will offer to contact the emergency services for you. However, suppose you do not react when it speaks to you. In that case, an ambulance will be automatically called after one minute, and your location will also be relayed to the person you have designated to receive emergency contact information. This is a beautiful feature for anybody prone to having cardiac problems or who is likely to be at risk of falling, and it only goes to prove that a smartwatch really can save your life.

This version of Apple’s wristwatch features a processor that is twice as powerful as the one found in the Series 3 model, making it significantly quicker to use. Rapid transitions between watch faces and equally rapid access to the primary app menu are both possible with the Apple Watch. You won’t experience any judder when scrolling through messages, and zooming in and out of images is likewise wholly smooth.

The redesigned ceramic back of the watch, which delivers an improved antenna signal, makes even the process of opening applications and maps feel much quicker. Additionally, the network itself seems to function more quickly.

The battery life that Apple claims their product has is approximately 18 hours, but in reality, depending on how much you use your device, it may frequently run for up to three or four days without needing a charge. A single day’s use is likely to deplete approximately 30 percent of the device’s overall charge for a user with typical usage patterns.

How Does the Apple Watch 4 Stack Up Against Its Competitors?

If you compare the Apple Watch 4 to other wearables such as the Samsung Galaxy Active, the Garmin Fenix 5, and the Fitbit Versa, you’ll see that the Apple Watch 4 has a lot more to offer than its competitors. This high-performance smartwatch is perfect for many users because it is quick, slim, aesthetically pleasing, and extremely practical.

Overview of the Apple 4 SmartWatch

This wristwatch is ideal for anyone who wants to monitor their physical activity, including those who want to track their sporting activity, those at risk of heart problems or falls, and those who want a simple way to receive notifications while they are on the road. It doesn’t matter if this will be your first wristwatch or if you’re looking for an upgrade; the Apple Watch 4 might be just what you’re looking for.