A Comprehensive Review of The Diesel On Axial 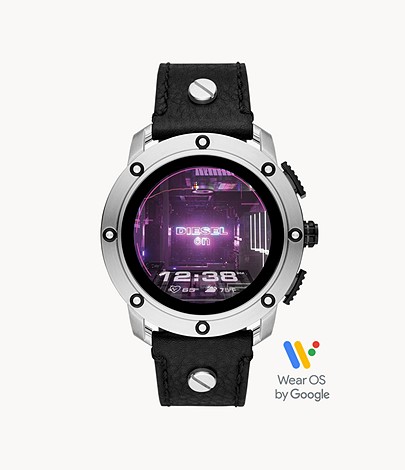 The Background of The Diesel On Axial

The Features of The Diesel On Axial

The Design of The Diesel On Axial

The Fitness Tracking Features of The Diesel On Axial

The Competition of The Diesel On Axial

On Axial is Diesel’s newest addition to their smartwatch collection. The Diesel Axial was developed together with Fossil. It shares features with other watches manufactured under the same umbrella – including the Puma smartwatch or the Fossil Gen 5. It is a fashionable smartwatch that certainly impresses with its unmistakable style.

Like everything Diesel, the On Axial exudes personality and appears perfect on the modern man’s wrist. Additionally, it also has several outstanding features and unique design elements that make it a winner.

The Background of The Diesel On Axial

Diesel On Axial is the third smartwatch in the brand’s collection of smartwatches. This watch was Launched in October 2019 and it runs Google’s Wear OS. It has a masculine, bold design. Building on its predecessor, the On Full Guard 2.5, it features new color combinations and original strap options.

Diesel On Axial can support contactless payments. It is also compatible with Google Assistant and has built-in GPS. These features are common to all other smartwatches created in collaboration with Fossil.

The Features of The Diesel On Axial

The Diesel On Axial has the Qualcomm Snapdragon Wear 3100 chipset and 1GB of RAM. This memory boost means increased performance and has allowed the manufacturer to include some of the watch’s most acclaimed features, like the built-in speaker.

Thanks to the speaker, the user can answer phone calls on the wrist from both Android or iPhone and seamlessly interact with the Google Assistant.

A generous 8GB of internal memory gives you a lot of storage space for your favorite apps or tunes. Combined with the built-in speaker, the user can listen to their favorite music even when they’re not carrying their phone.

Expect about 24 hours of battery life in smart-mode, or switch to the new extended battery mode for several days of seamless use. The user won’t be able to use all the functions in power saving mode, but they can still use the heart rate monitor and get notifications on their wrist.

The Design of The Diesel On Axial

The most unique design feature about The Diesel On Axial is its bold and masculine look.

The Axial is often one watch that won’t go unnoticed. The characteristic features of Diesel really shine through in this watch. It includes all the industrial and rugged looks that are featured in the brand’s other watches.

It features rivets and metallic accents, alongside refreshing color options like gunmetal, bronzed chrome steel, and silver. The user can even choose from stylish bands such as black leather, chrome steel, and blue denim.

Apart from customisations that can be made to the exterior of the watch, users can also personalize dials in a way that will give a 3D look to the face of the watch.

Customisation options include displaying information like weather forecasts or dual time zones. The bezel of the Diesel On Axial has a very bold look with working buttons along

The Fitness Tracking Features of The Diesel On Axial

Like most Wear OS watches, the Diesel On Axial is more of a smartwatch than a fitness tracker. If the user would like a wearable to keep their performance under control, they would be better off choosing a Garmin or Fitbit.

This model packs multi-sports profiles and is waterproof to three ATMs. It is often used to set and track fitness goals, monitor the user’s pulse and it even incorporates a stroke counter for swimming.

Built-in GPS makes it easy for the user to trace their steps accurately. While the generous space for storing and built-in speaker make it an excellent jogging mate for those times when the user would like to listen to their motivational tunes but don’t feel like carrying their phone. It also provides detailed activity reports.

The Competition of The Diesel On Axial

The Diesel On Axial is currently one of the most visually appealing smartwatches available on the market. IT is without a doubt more expensive than most of its peers but its features make up for its price. It has an improved chipset and a lot of storage as compared to a lot of other smartwatches on the market. Additionally, its design details make it look good on almost everyone.

A speaker and greater iOS support for calls are two of its most engaging features, while the smartwatch may be a great fitness tracker too. Undoubtedly, your best bet if you’re trying to find a great-looking timepiece capable of combining tech with exciting style.