A Comprehensive Review of The TicWatch Pro 3 GPS 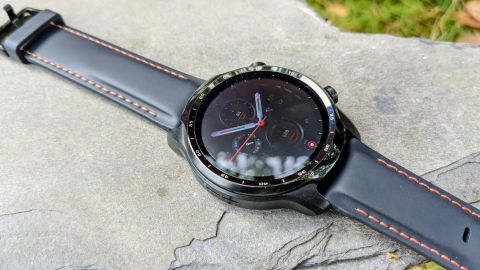 Aspects of physical fitness and health

It’s probably reasonable to say that there won’t be much in the year 2020 that we’ll look back on fondly and recall positively. On the other hand, Android users have had a productive year in the smartwatch industry this past year. TicWatch Pro 3 GPS is an example.

The third generation of the Samsung Galaxy Watch was introduced to the market in August of this year. In addition to this, we were given a brand new Oppo Watch, which is an outstanding piece of hardware running Wear OS. Both indeed have some flaws, but there aren’t that many. However, the most significant obstacle they face is the introduction of a formidable competitor in the form of the TicWatch Pro 3 GPS.

Although it might not be immediately apparent, Mobvoi has achieved significant advancements in comparison to its forerunners. Particularly regarding the duration of the battery life. Sufficient to provide Samsung and Oppo with a fight for its money in terms of market share.

To begin, just like conventional wristwatches, smartwatches are available in a wide variety of styles to accommodate a variety of wearers. The TicWatch Pro 3 GPS looks more like a piece of athletic equipment than a stylish accessory due to its sleek design in black stainless steel.

Second, it has a case of 47 millimeters in diameter, which is considered quite hefty by any measure. However, Mobvoi designed this timepiece lighter than any of their prior models, which means that despite its robust construction, it is still comfortable to wear.

Last but not least, it has a silicone band that has the look and feel of leather. On the other hand, it can be switched out with any other 22mm alternative, allowing you to customize it to your taste.

The battery life isn’t the only feature that makes the TicWatch Pro 3 GPS stand out from the crowd. And that would be the brand new Qualcomm Snapdragon Wear 4100 chip that’s been included. In addition to this, it is noteworthy since it is the first time that the chip has been integrated into a Wear OS smartwatch.

Additionally, it includes 1GB of RAM, ensuring that the watch does not lag, which was a common problem with many Wear OS devices. As a result of this, it possesses a performance that is as smooth as silk, allowing you to navigate through apps and menus effortlessly.

The dual-screen feature has been maintained by Mobvoi, which means that the watch features a standard smartwatch display when it is awake but a low-power electronic screen when it is asleep.

In addition, the TicWatch Pro 3 GPS has a single flaw, and that is that it does not have a rotating bezel or an alternative button that can be used for browsing and scrolling. When it comes to the touchscreen, it is adequate but not quite as impressive as the one on the Galaxy Watch series.

It has a case that is 47 millimeters by 12.2 millimeters and is composed of plastic and stainless steel.

The display is an AMOLED retina screen that measures 1.4 inches in size and features an automatic brightness adjustment as well as an always-on power-saving screen.

It has a classification of IP68 for its resistance to water, which, in practice, indicates that it is dustproof.

Wear OS is what powers it, as is common knowledge.

Aspects of physical fitness and health

The TicWatch Pro 3 GPS is designed to look like a sports watch and comes with various fitness capabilities, some of which are native apps.

In addition to that, it has a function for tracking blood oxygen levels and a monitor for the user’s heart rate.

The TicWatch Pro 3 GPS, much like the Galaxy Watch lineup, is able to automatically recognize when you are working out and determine the nature of the activity you are participating in. After that, a record of this will be created within the TicExercise app. In addition, you will have access to a variety of fitness apps developed by Google, such as Google Fit.

Last but not least, the tracking of sleep is accurate in contrast to other devices that have this function, and it generates data in a style that is easy to understand.

Google’s Wear OS has taken some criticism on the internet, but this is understandable given that the company is a tech giant and should be able to offer more.

The most significant problem is the rapid discharge of the battery. However, Mobvoi has found a solution to this issue. In addition, the RAM and the 4100 chip eliminate any lag.

You receive a genuinely sophisticated-appearing yet powerful smartwatch for the price you pay. The primary advantage is the exceptionally extended battery longevity, which puts competing products from 2020 to shame. It is good to go about your daily life without having to worry about remembering to charge your watch each day. Because of its advanced features and its capacity to stay up with any outdoor fitness enthusiast on a sensible spending plan, the TicWatch Pro 3 is an incredible offering for the price. It can keep up with even the most dedicated athletes.