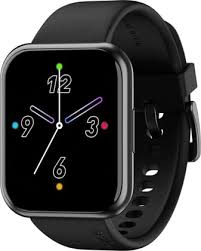 When comparing the OnePlus Watch to the Apple Watch, is it really possible to make a comparison between the two? It is only natural to gravitate toward the Apple Watch when considering which wristwatch is the greatest. Apple Watch has been the most popular product in the wearables market ever since it was introduced. Still, competitors like Samsung, Garmin, and Fitbit have recently made significant strides in product development.

OnePlus has made its entry into the competitive wristwatch market with the introduction of the OnePlus Watch.

The OnePlus smartphone lineup is well-known for its widespread appeal and for the way it manages to combine flagship-level specifications with a very affordable price tag. Now, the OnePlus Watch is a terrific representation of this, with a stunning design, smooth connection, fitness monitoring, and extremely long battery life for a device that costs only $50.

The Apple Watch has a display that is rectangular and is contained in a metal casing that also has a rubber band. In contrast, the OnePlus has a more convenient design as it is circular.

Even though you can’t use universal watch straps on the Apple Watch as you can on Samsung wearables, it does have its own unique strap attachment, which means there’s a wide variety of alternatives available from both Apple and third-party manufacturers.

Now, the OnePlus Watch is equipped with watch lugs that are a standard in the industry. The watch lugs give you the ability to use a variety of watch straps.

The OnePlus Watch features a hand-polished exterior that gives it a sophisticated look thanks to its streamlined and curved case made of stainless steel. You have the option of selecting Stainless Steel or Midnight Black. Additionally, a variant of the Cobalt is offered as a limited edition. It has a diameter of 46 millimeters, which is quite large.

On the other hand, more design possibilities are available for the Apple Watch 6. For instance, the case sizes that are offered are 40 millimeters and 44 millimeters. In addition, the case can be made out of one of three different materials: aluminum, titanium, or stainless steel. In addition, you may choose from 10 different colors for the case and a wide choice of straps from Apple and other companies. As a result, the Apple Watch offers a wider range of configuration options than its rival. However, when it comes to smartwatches focused on fitness, appearance is not everything. In addition to that, the OnePlus Watch actually has a rather attractive design.

After almost five years, virtually no changes have been made to the design of the Apple Watch since it was first released. Apple’s watchOS operating system may be interacted with in a number of different ways, including via talking to Siri, touching and swiping on the touchscreen, turning the Digital Crown, clicking the side button, and twisting the crown. The Apple Watch, just like other smartwatches, requires some adjustment time, and becoming proficient with the watchOS takes some work.

After that, as well as after you have altered the display to precisely match your preferences, making use of the Watch is remarkably easy.

The company’s proprietary software drives the OnePlus. The touchscreen and the two physical buttons that are located on the side of the case are used to control it. In addition, a heart rate monitor is contained in both of these gadgets, and the backs of each one display the blood oxygen saturation.

Because it also has the ability to record an electrocardiogram, the Apple Watch 6 is more than capable of meeting the challenge presented by the need to monitor one’s health. Both are water-resistant and can be worn when swimming, but they should not be worn while driving or engaging in any other water sport.

However, the amount of time a battery will last can vary greatly from one device to another. Apple asserts that the Watch Series 6 has a battery life of 18 hours. The company defines it as the equivalent of a full day with 90 notifications, 45 minutes of app activity, and 60 minutes of exercise with Bluetooth audio. If you use your device less frequently than this, you may be able to get away with it for two days; however, because the Apple Watch now monitors sleep for the first time, the majority of users will need to recharge it every 24 hours.

OnePlus, on the other hand, asserts that the battery will survive for up to two weeks of “constant” use.

OnePlus, on the other hand, believes that active users might potentially achieve up to 7 days of battery life from their devices. And even so, this is a significant improvement over the Apple Watch 6.

Bluetooth and a GPS are included in both.

The Apple Watch goes above and beyond by monitoring your menstrual cycle, keeping track of your sleep, and providing ECG readings.

In addition to this, they provide smartphone notifications such as incoming calls, texts, and other alerts.

You can use Siri to ask simple inquiries. The Apple Watch enables users to perform a variety of tasks, including managing music and timers and alarms and connecting to various smart home gadgets.

In order to take advantage of the benefits offered by ultra-wideband technology, Apple designed the U1 chip that is found in the Apple Watch 6. The chip doesn’t have a lot of functionality at the moment. However, we foresee an increase in the amount of communication between Apple products that use it in the future. For example, when an iPhone and a HomePod Mini are in close proximity to one another, music may be exchanged between the two devices.

When connected to a OnePlus TV, the OnePlus Watch may take on the role of sophisticated remote control, adjusting settings such as the volume level when an incoming call is detected or turning off the television when it determines that you are dozing asleep.

Apple also has a feature that detects if you have fallen and checks to see if you are okay, called fall detection. This is another helpful feature of Apple. You have the option of responding to show that you are fine, using the Watch to call for help, or allowing the Watch to make an SOS call for you if you do not react.

A branded fitness subscription program known as Apple Fitness+ was also recently introduced by the company. You can view fitness courses on pretty much any Apple device, including your Apple Watch, for a monthly fee of $9.99, and the data from your Apple Watch will be used.

The Apple Watch 6 begins at $379 for an aluminum case of 40 millimeters in diameter, comes equipped with Wi-Fi (but not LTE/4G), and comes with either a rubber Solo Loop or a fabric Sport Loop strap. Hermes variants of the Apple Watch 6 cost up to $1,000.

LTE and 4G connectivity come at an additional fee for the larger 44mm variant (which allows you to make calls and play music without being linked to your iPhone through Bluetooth).

The OnePlus Watch, which can be purchased for 249.99 dollars, makes a lot of things much simpler. The price per smartwatch is incredibly low for such a large amount being offered.