A Glance at the Taxes That Apply to Small Businesses 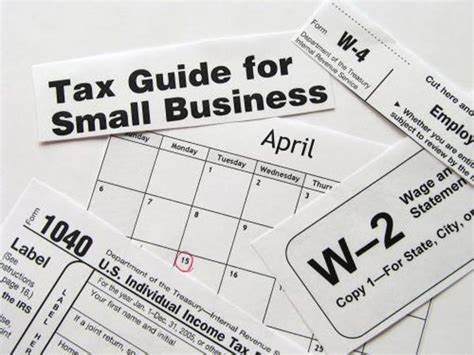 Tax liabilities might vary from one company to another depending on the form of the firm, the location of the company, and a number of other factors. For example, the federal tax rate for sole proprietorships can be as low as thirteen percent, although the rates for small partnerships and S-corporations (S-corps) can be as high as twenty-four and twenty-seven percent, respectively.

It is essential to have a solid understanding of the tax rate landscape facing your small business in order to file the correct taxes at the appropriate time. You need to be concerned not only with income tax but also with additional charges such as those associated with self-employment and excise taxes. Taxes, which have legal repercussions for your company, have the power to create or break your success.

The following is some information pertaining to the taxes of your small business that you need to be aware of, including how to file and what to pay.

How do tax payments typically get made for smaller companies?

There are no two small businesses that are exactly the same, and as a result, every company’s tax obligations should be structured differently. The key factor that determines the various tax rates and payment choices available to small businesses is the nature of their business structures.

According to the statistics provided by the Small Business Administration (SBA), roughly 87 percent of all businesses in the United States that do not have employees are sole proprietorships. In this type of business arrangement, the company and its owner are not regarded as two independent entities.

This is a pass-through business structure, which means that any tax liabilities incurred by the company will be reported on the owner’s personal tax return, where he or she will also be responsible for paying taxes at the personal income rate.

In a similar manner, pass-through taxes can be enjoyed by partnerships as well as limited liability corporations (LLCs), with gains being taxed on the returns of the owners. Companies of this size that operate according to these structures are required to:

For informational purposes, you should file Form 1065 to record the income, losses, deductions, and credits from your firm. Distribute all profits and losses to the various partners in proportion to their individual shares.

It is estimated that 95 percent of all firms operating in the United States qualify as “pass-through entities.” However, the remaining 5% are C-businesses, which are taxed in a manner that is quite different from that of other types of corporations. C-corporations are subject to double taxation because they are required to pay taxes on their profits first before their shareholders are taxed on dividends that are reported on their individual tax returns.

Do you want to avoid paying taxes twice? Despite enjoying many of the same benefits as corporations, S-corporations are categorized as pass-through enterprises for tax purposes. The pass-through technique is utilized by owners of S-corporations, and shareholders are responsible for reporting income and losses on their individual tax returns.

What kinds of taxes do small businesses need to worry about?

Despite the fact that many small businesses are taxed in a manner that is distinct from that of corporations, the list of taxes is the same regardless of the structure of the business. Both the method by which a small business makes payments and the rate at which it is taxed are subject to change.

The following items comprise a short list of tax liabilities that small enterprises need to take into account:

Your locality, the goods or services you sell, and the properties you own could each result in a different set of tax obligations for your small business. Additional taxes include property tax, which applies to any buildings or land owned by the company, and dividend tax (investments made by the company that generates income in the form of dividends).

What percentage of taxes do small businesses have to pay?

Structure, as well as federal, state, and municipal taxes, all have a role in determining how taxes are applied to small enterprises. The laws that are currently in effect, however, allow owners of small businesses to estimate their tax rates and verify that they are paying the appropriate amount regularly. The following is what you need to have in mind as a precaution:

Businesses That “Pass Through” Taxation

The pass-through technique is used by sole proprietorships, partnerships, limited liability companies (LLCs), and S corporations. Under this approach, profits and losses are recorded on the personal tax returns of the business owner and stockholders. This indicates that profits (also known as income) are subject to taxation at the same rate as personal income.

You can determine the proportion of income tax that you are responsible for paying by consulting Publication 15-T of the Internal Revenue Service, which contains the income tax brackets.

The tax brackets that apply to federal taxes are not the same as those that apply to state taxes and vice versa. You need to get used to the idea that the amount that you owe will be far more than the number that you get from utilizing the bracket calculation. Estimated tax payments will make it simpler to meet the financial obligation by breaking it down into four more manageable installments spread out over the course of the year.

C-corporations are treated as distinct entities from their owners and are subject to taxation in a manner that is distinct from the owner’s individual return. The current tax rate for C-corporations, which is a flat rate of 21 percent, is used to tax any profits produced by businesses of this type, regardless of the amount.

The owners of small businesses are responsible for paying taxes on more than just their federal and state revenue. Self-employment tax and employer tax are two additional obligations for which you must plan (i.e., payroll tax).

If a sole proprietor’s annual net profits are $400 or more, the Internal Revenue Service requires that they pay a self-employment tax of 15.3 percent and file Form 1040. This accounts for 12.4% of the cost of Social Security and 2.9% of the cost of Medicare. 6

In the meantime, small business owners who have workers are required to pay payroll taxes (also known as FICA taxes) at a rate of 7.65 percent. These taxes cover employees’ contributions to Social Security, Medicare, and unemployment insurance. To reach a total of 15.3 percent, the employees contribute an additional sum equal to their share of the 7.65 percent tax.

The state income tax is a separate cost that needs to be accounted for by small firms. However, it is far more difficult to estimate this cost on average due to the fact that the rate varies greatly from state to state.

The Tax Foundation has distributed its 2021 study on state business taxes, which identifies the states that have the highest and lowest individual income tax rates. Small firms may find it advantageous to locate their operations in states that do not impose a tax on either their corporate or individual incomes. States such as Wyoming and South Dakota fall into this category.

What information do you need to provide your accountant in order to handle the taxes for your small business?

Working with an accountant is the most effective strategy to ensure that your tax return is filed on time and accurately. In order to get the process started, you will need to bring in an income statement, an expenses statement, a business registration, tax forms, and information regarding payroll.

What kind of a percentage of taxes does a small firm have to pay?

The amount of tax that applies to small businesses is determined by a number of criteria, the two most important of which are the organizational structure and geographic location of the business. The personal income tax band that the typical owner of a pass-through business falls under is equivalent to a rate of 22 percent. A C-corporation, on the other hand, will only be subject to a single tax rate of 21%.

When must small firms pay their taxes on a quarterly basis?

Using an estimated tax amount and making payments in four equal installments is a fantastic approach to handle substantial tax obligations when filing quarterly taxes is an option. Four times over the next year, on the 15th of April, June, September, and January, estimated tax payments are required.

How much do accountants typically charge for doing taxes for small businesses?