The Best Fitness Trackers and Watches That Play Music 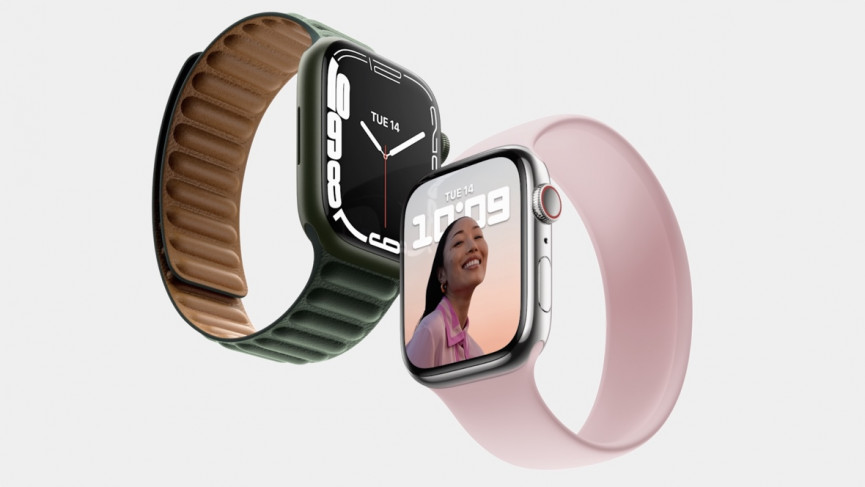 Is it possible to listen to music while wearing a smartwatch?

Which smartwatches are capable of playing music?

I'd like to listen to Spotify on my smartwatch; is it possible?

What kinds of music applications are compatible with smartwatches?

How good is the music that can be played on a smartwatch?

The technology used in smartwatches continues to advance each year rapidly, resulting in watches that have an increased number of health-related features and sensors, a longer battery life, and an easier-to-use interface. One feature many people who wear smartwatches want is the ability to play music directly from the device without having to connect it to their phone first.

We have produced a list of the top 7 smartwatches with music to assist you in finding the ideal smartwatch for you that not only monitors the distance and time of your runs but also plays the music that inspires you to keep going. In this article, we will discuss price ranges, which smartwatches use which applications, and whether or not you need LTE or wifi in order to play music on your watch.

Suppose you have an Apple Watch that was released after the Series 3 model, such as the Apple Watch Series 5, Apple Watch 6, or the most recent model, the Apple Watch 7. In that case, you will easily play Spotify, Apple Podcasts, Apple Music, audiobooks, and a variety of other audio content. Because the Apple Watch is so easily integrated with Airpods, it is an excellent choice right off the bat for music enthusiasts who want to listen to their favorite tunes without being restricted by wires while they exercise. Because of its seamless compatibility with Apple’s other offerings, the Apple Watch has quickly become one of the most covetable Smartwatches on the market.

The following is a list of some of the other reasons why the Apple Watch is the ideal device for listening to music.

The capability of downloading music, audiobooks, and podcasts onto the smartwatch so that listening to them does not require a cell signal or wifi connection.

The capacity to listen independently of your phone.

The ability to download music and podcast items from third-party vendors other than apple, such as Spotify, Pandora, and iHeartRadio, from the app store.

A specialized smartwatch for listening to music only? Yup! People who enjoy exercising and listening to music simultaneously gravitate toward purchasing the Garmin Forerunner 245 Music because of its extensive feature set and high level of popularity. You can download up to 500 tracks, equivalent to approximately 25 hours of music that you may listen to offline or even while using GPS.

iHeartRadio, Spotify Premium, Deezer, and Amazon Music are some of the apps that may be paired with this device. It should come as no surprise that you won’t have access to Apple products, but you should still be able to locate your favorite music, audiobooks, and podcasts elsewhere.

Let’s have a look at some of the other characteristics, shall we?

The Samsung Galaxy Watch has been one of the most significant smartwatch challenges that Apple has faced. It is precisely the same with regard to smartwatches that are equipped with music-playing features. The Samsung Galaxy Watch4 features a storage capacity of up to 16 gigabytes. It enables offline downloading of MP3s and Spotify premium content, in addition to supporting a variety of podcast and audiobook formats.

Users of Samsung smartwatches now have access to all of the Google Apps available, including YouTube Music, as a result of the company’s decision to migrate from the Tizen to the Wear OS software platform. The most recent iteration of the Galaxy Watch is an excellent choice for listening to music while running or engaging in any other activity because it offers offline playback options.

What other characteristics are to be anticipated?

There are quite a few exciting smartwatches available from Garmin. The Garmin Venu 2 comes equipped with a music-playing feature in addition to a new AMOLED screen that is pleasing to the eye and makes it simple to see and manage the many capabilities of the watch. On the Venu 2, you will have access to Spotify, Amazon Music, and other applications such as Deezer.

It is important to note that, unlike some of the other watches on our list, you cannot stream music with this watch, which is a feature available on some other watches. Downloading your music, podcasts, and audiobooks, on the other hand, is an option. Because it has 8 gigabytes of storage, the Venu 2 allows you to download approximately 700 songs, which is more than enough to keep you interested and inspired during even the longest of runs.

The following is a list of some additional considerations to make with the Venu 2:

The fitness tracker business known as Fitbit is often credited with being the one that started it all. It would appear that Fitbit has caught up to its competition with the release of the Versa 3, which now supports offline music listening. However, unlike some of the other solutions on this list, it does not support streaming and needs you to download your music rather than listen to it online.

If you want to use the Fitbit Versa 3 without needing to connect it to your phone, your best options for a music app are Pandora and Deezer. Spotify recently implemented a change requiring you to have your phone nearby whenever you use the service.

When considering the Fitbit Versa 3, take into account the following considerations.

Because of its reasonable cost as well as its capacity to play music, the AmazFit Stratos 3 is unquestionably deserving of your consideration. This device allows you to play preloaded MP3 music and other features such as Bluetooth connectivity with your headphones.

The Stratos 3 has the capacity to store approximately 380 songs, each of which is approximately five minutes long. It is essential to keep in mind that you will want a connecting cord to transfer music from your computer to the watch.

The following are some of the more important features:

Although it is more expensive than other watches in the Garmin line, the Garmin Fenix 7 is one of the newest additions to the company’s lineup. Despite its higher price tag, this watch offers a wide range of features in addition to the ability to stream music and download audiobooks. Connecting to the IQ App store allows you to stream music, in addition to saving a good number of songs and audiobooks on the watch itself.

When it comes to selecting a music source, you have a virtually unlimited number of options, ranging all the way from Spotify to Amazon. Those who enjoy spending time outside or working out will find the Fenix 7 to have fantastic enhancements tailored to their needs.

The following are some of the essential characteristics:

Is it possible to listen to music while wearing a smartwatch?

Absolutely. You can listen to music in a variety of various ways, as demonstrated by the seven instances presented above, including downloading it ahead of time and listening to it while it streams online. Even while some watches contain speakers, they might not be able to play audio at total volume; these watches need to be paired with Bluetooth headphones instead.

Which smartwatches are capable of playing music?

Our top choices for smartwatches that play music are listed below; however, the vast majority of recently released smartwatches now include the capability to stream music. The ability to play music is typically included in higher-end smartwatches, such as those made by Apple and the more recent models of Garmin watches. This is especially true for watches with displays, as you can see what track or playlist is currently playing and then skip it if you so choose.

I’d like to listen to Spotify on my smartwatch; is it possible?

The ability to listen to Spotify is not built into every smartwatch. However, the majority of them will make the app available through their own specialized app stores, from which it may be downloaded. You will need to subscribe to the premium service in order to be able to download the actual song.

Is my wristwatch capable of playing music on its own, independent of my phone?

What kinds of music applications are compatible with smartwatches?

This varies depending on the kind of smartwatch you have. On the Apple App Store, for example, you will have access to all of Apple’s apps, whereas the Garmin App Store will offer a different selection of apps. It is not essential which app store you use because you may download the majority of the most popular apps, such as iHeartRadio, Pandora, and Spotify.

How good is the music that can be played on a smartwatch?

Because of the fact that smartwatches play music in the same format as it is on your phone or computer–for example, in MP3 format–the quality of the music that can be played on a smartwatch should be equal to that which can be played on your phone. If you listen to music through a streaming service, the quality of the music you hear will be determined more by whether you are using WIFI or LTE. Last but not least, if you want to play the music on the speaker of your smartwatch, remember that many of them do not have a built-in speaker, and those with speakers are not designed to play music at a high volume. The ideal option for you would be to purchase a high-quality set of wireless earphones or headphones.