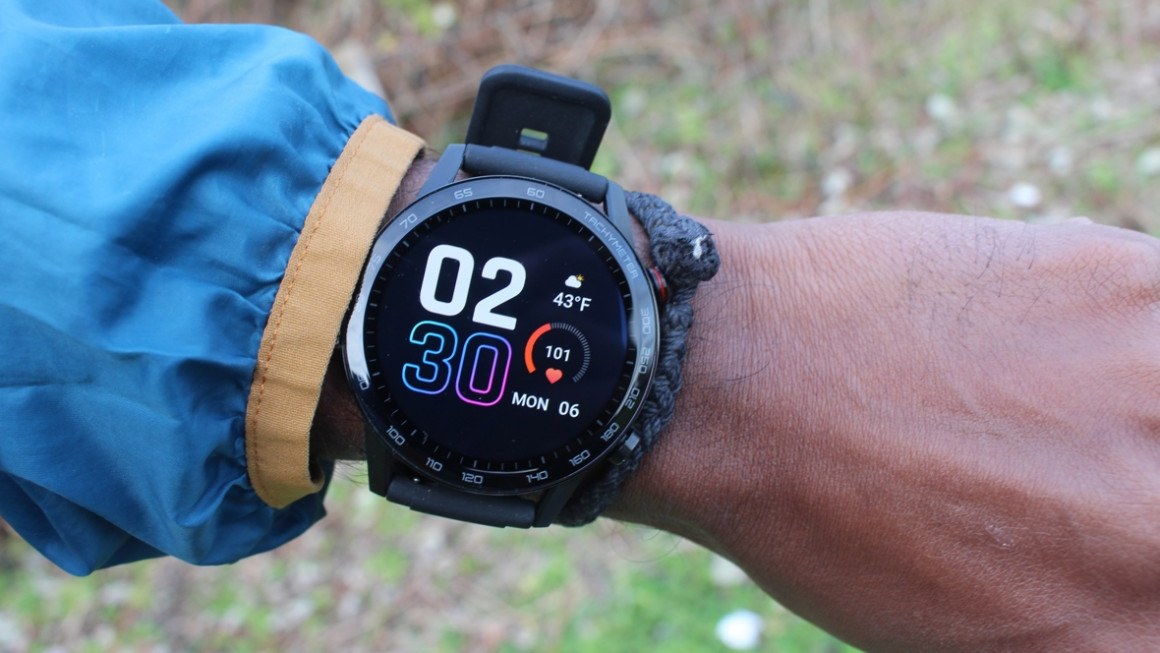 Today, Honor announced the release of its newest smartwatch. Huawei’s Watch GT is imitated by Watch Magic, which is smaller, simpler, and less expensive.

The S1, internationally known as Huawei Fit, was the spin-off brand’s most recent smartwatch and is now more than two years old. An update was long overdue.

The frame of the Honor Watch Magic is made of round 316L stainless steel. The rim features two physical buttons on the side and a tachymeter scale, unlike its predecessor. There are numerous further differences.

The new watch really has more in common with the Huawei Watch GT than the Huawei Fit. Both have an AMOLED display with a 326 ppi pixel resolution, however Honor’s is 0.19 inches smaller at 1.2 inches. The polycarbonate case is now 42mm instead of 46.5mm. Watch Magic is also slimmer, with a thickness of just 9.8mm (versus 10.6mm). Because of this, it is a more sensible choice for both men and women.

They both contain the standard array of fitness monitoring sensors, including a heart rate monitor, built-in GPS (including GLONASS, Galileo), and NFC for mobile payments. They are both swim-proof to depths of 50 meters (5 ATM).

The battery has a 178 mAh capacity, which Honor claims is sufficient for a week of regular use. The smartwatch’s use of the Lite OS operating system undoubtedly aids with this. This is the Huawei Watch GT’s bare-bones operating system.

Lava Black and Moonlight Silver versions of the watch are now available in China. Additionally, you may change it up with different QuickFit straps. The watch costs CNY 900, compared to Huawei’s device’s CNY 1,300 price. Given that Watch GT sells for about $200 worldwide, Watch Magic ought to be about $150 when it enters the country in the first quarter of 2019.