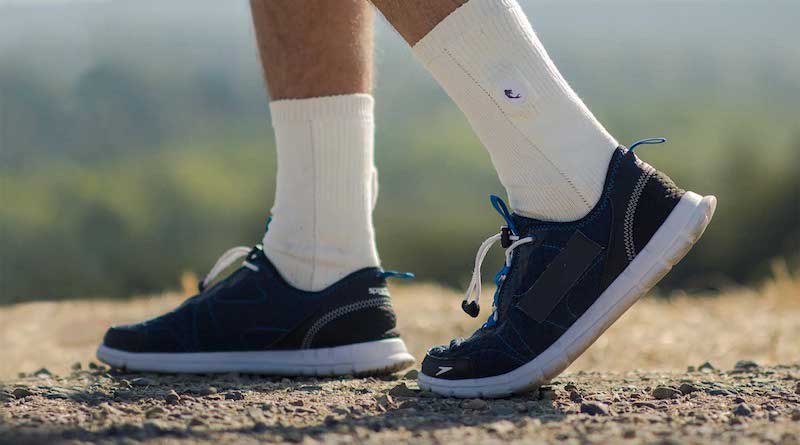 A new company called Siren has made socks with microsensors to help diabetics keep track of any foot injuries that might happen.

In an effort to reduce the number of foot problems that diabetics have, the company Siren has developed intelligent socks that can immediately notify the wearer if there is any indication that an ulcer is developing. The Neurofabric, which is a flexible, inconspicuous, and washable fabric with microsensors interwoven straight into the fabric, is the key component of the Siren Diabetic Sock and Foot Monitoring System. The business considers this component the “secret sauce.”

The temperature of the wearer’s foot is continuously monitored by the intelligent socks at six crucial spots along each foot. The ability of such data to detect early indicators of inflammation has been demonstrated in clinical trials. According to studies, this method is up to 87 per cent more effective than the traditional method of caring for diabetic feet in avoiding diabetic foot ulcers. If the technology detects a rise in temperature, the user will get a message on their cell phone right away. This will give them enough time to take the right steps.

Ran Ma, CEO and co-founder of Siren, stated that there was no means to monitor and manage these major problems prior to the development of this system. “We invented this new technology because foot ulcers are by far the most frequent, expensive, and dangerous consequence for people who have diabetes,” Ma added.

“Our Neurofabric has many uses in healthcare, sports, the military, and fashion, but we knew we had to start with this problem because it affects so many people and could mean the difference between losing a leg and not losing a leg.”

There are other products available that are similar to this one. Earlier in 2018, Motus made the announcement that they would be releasing Motus Smart, which is powered by Sensoria and is smart diabetic footwear. The intelligent shoe notifies the user of any diabetic foot injury and checks a patient’s compliance with the mechanical offloading strategy advised by the clinician. In addition, there is an online dashboard and a text message system that can be used to support any necessary medical action.

The Siren socks are identical in appearance and texture to any other pair of socks, and you may place your order for them right away. The user simply needs to put their socks on as they normally would, as if it were any other day.

A membership to Siren Diabetic Socks comes with the company’s mobile application, as well as live customer service and five new pairs of diabetic socks delivered every six months. Customers who place an order within the next thirty days will be eligible for a promotional price that starts at $19.95 a month and includes a discount.