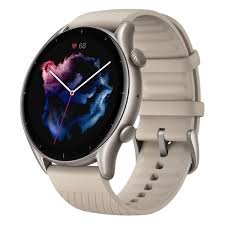 The World Intellectual Property Office (WIPO) has granted Oppo a patent for a crazy-looking smartwatch that includes a foldable touchscreen. The watch may be worn on either wrist. LetsGoDigital, based in the Netherlands, has created some absolutely breathtaking graphics that bring the concept to life.

The application for a patent named “Wearable electronic device” was submitted in September of the previous year. It depicts a watch with a movable screen that can be unfolded to be 200 percent larger than its initial size!The width of the display broadens while maintaining its original height.

The watch can be worn in either its folded or unfolded state, as can be seen in the photographs located above and below, respectively. When the watch is closed, the unused sections fold up and tuck away neatly inside the watch case and underneath the primary screen. We are not aware of the extent to which this increases the size of the gadget. In this mode, the gadget works just like a normal smartwatch, but the screen is much bigger than usual.

In the unfolded mode, the display extends down the length of the arm that you’re wearing the watch on, allowing you to use the other hand that isn’t attached to the device to operate and navigate it. A groove has been cut into the back of the watch casing, and this is where the display will automatically pull out. In order to unfold the screen, a pressure mechanism is used. This mechanism also keeps the screen from unfolding itself by accident.

These images actually seem quite a lot like the concept that IBM had for a tablet that could transform into a smartphone or a smartwatch. The technology inside the watch has four separate compartments, and each one can hold two screens.

Is the screen on your wrist watch too small? IBM has a solution to the problem. It only takes a simple slide to remove the additional screens from their housing. When four SIM cards are inserted, the device transforms into a smartphone. The housing conceals the other display components, which are located elsewhere. Have you made plans to watch a movie? That ought to function admirably on a tablet computer. Once you’ve unfolded all eight screens, you’ll have one in your possession.

Oppo, much like IBM, has not disclosed whether or not it is genuinely working on this watch at this time. Companies frequently submit patent applications for ideas that never advance beyond the conceptual stage and are never put into production. Due to the questionable applicability of a foldable smartwatch, we do not anticipate the introduction of such a device in the near future. Not to mention the problems that come up when making a device like this one.

Having said that, we have witnessed weirder things, so nothing will surprise us at this point. Additionally, it seems that foldable displays are all the rage this year. We are confident that in the not-too-distant future, someone will introduce a smartwatch with a similarly futuristic appearance. Is it possible that such a technology may be useful in everyday life? That is a very separate set of inquiries.