A Reddit user claims his Xiaomi Mi Band 5 exploded, and he has photos to prove it 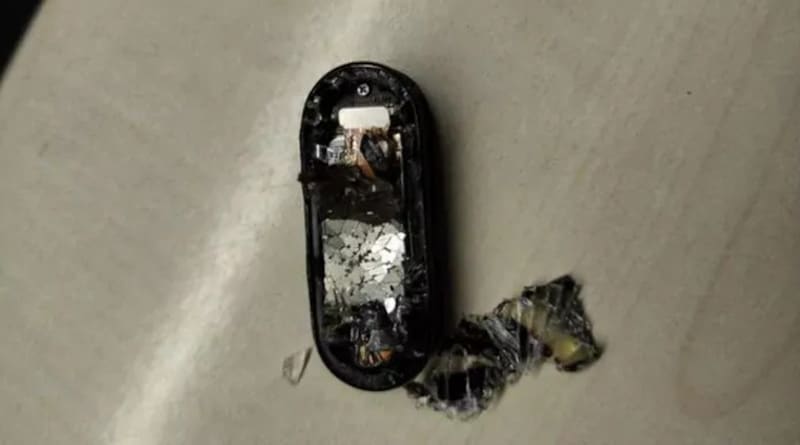 A Reddit user shared photos of his Xiaomi Mi Band 5 that had been severely damaged. It allegedly burst while charging, according to him.

We’ve all heard of cellphones exploding, but we’ve never heard of a fitness band or smartwatch doing the same. Fitbit did an inquiry a few years ago, but whatever the issue was, it was small. To ensure the safety of users, such devices are subjected to comprehensive internal and external testing.

The truth is that, under the right circumstances, almost any device can explode. Too much heat, faulty internals, or damage could all be to blame. Damage can also be caused by cheap third-party chargers.

The Mi Band 5 has exploded.

The reported Mi Band explosion occurred roughly 10 minutes after it was connected to the charger. “I was charging it and it caught fire,” writes Reddit user Michael Costa from Italy.

He also mentions that he was charging his phone with the original connection and a Xiaomi 5V/1A base charger. As a result, it’s not a third-party one.

He only had the fitness band for about a month and a half before returning it to Amazon in Italy. This would indicate that this is the Mi Band 5 global model that is offered in Europe.

A Reddit user claims his Xiaomi Mi Band 5 exploded, and he has photos to prove it.

Fortunately, the fire was contained to the table. On the Mi Band, the burn marks are evident in the lower portion of the display. On the other hand, he tossed it on the floor when it caught fire and stamped on it, causing part of the damage.

We can’t blame him, can we? Fortunately, he wasn’t sleeping at the time.

If the claim is true, it appears that the Mi Band is to blame, rather than Costa. So far, this has been a one-time occurrence. It would be highly concerning news for Xiaomi if we received more such reports.

The Galaxy Note 7 incident from 2016 comes to mind. There was a battery fault that caused damage to the phones due to overheating. Samsung ended up with a $17 billion hole in its pocket as a result of the incident.