A Review of The Highly Motivational Nike FuelBand 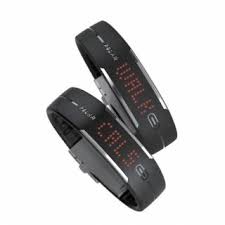 When it was originally introduced in 2012, the Nike FuelBand was a trailblazer in the field of fitness tracking. It caused quite a stir and ushered in a new era of change all over the globe. Because of this, we can’t help but wonder why Nike decided to stop producing it after only three years, after which they had already released two different models.

The Nike FuelBand was not the first fitness tracker available on the market; it debuted after the original Fitbit. However, it was the first to make fitness tracking feel more personal rather than abstract, thanks to its unique Fuel Points system, despite nobody having ever really understood what Nike’s measures imply.

The FuelBand is still making ripples in the industry even though the brand has been out of production for the past five years. Those who have already purchased it are still unsure how to reactivate it and whether or not they may continue to wear their bracelet. New users are curious about the availability of the product at retail locations.

In a few words, they are able to. Nike continues to sell the Nike FuelBand SE, which is an enhanced version of the initial model and has proven to be just as popular as its forerunner. But why is everyone so excited about this? Please find out more by reading our review of the Nike FuelBand.

Nike created the very first FuelBand with the intention of contributing to the greater good. That of encouraging more individuals to forgo sitting on couches in favor of more active pursuits.

The Nike FuelBand’s ability to evaluate one’s own performance in relation to that of other people who were a part of the FuelBand community served as a source of motivation.

Although the concept was a big hit, the real bracelet suffered from design problems that caused it to fail on a regular basis.

Shortly afterward, as a form of reaction, Nike discontinued the first FuelBand in favor of the FuelBand SE, marketing the latter as a clever, enjoyable, and easy way to engage in greater physical activity.

Although there are no newer versions of the band, the SE model may still be purchased at various retailers that specialize in sports and fitness equipment.

The Nike FuelBand SE, at its core, is a pedometer designed to keep track of the total number of steps you take each day and encourage you to maintain an active lifestyle. It does this by flashing rainbows of colors on its screen while a cartoon character leaps for you joyfully each time you reach your goal. Each time you do this, the system rewards you with a rainbow of colors.

Definitely, however, it is quite effective for large numbers of people. You will even receive a banner to honor the success of the Nike app that you use, not to mention that the banner will also be shown on the NikePlus website.

In addition to the capabilities of the original FuelBand, the FuelBand SE has the capability of keeping track of your workouts, rewarding you with amusing reminders, and encouraging you to stay active by reminding you that you need to move about. There is no denying that this is a good option for the majority of office employees and freelancers who, in an effort to improve their health, neglect to get up from their office chairs and take a few steps around their desks.

The FuelBand SE, with most fitness trackers, has a very subtle design, but it won’t go ignored. It is very easy to snap on and off your wrist because of the simple construction, but because it is solid, you are unable to modify it to fit your wrist properly.

Even if you cannot get a secure fit, it continues to function as intended; nonetheless, some users may find it uncomfortable. The product is available in a number of different designs, including one that is transparent and considered to be more on trend.

Setting objectives and working toward them is made much simpler by a straightforward user interface. The bracelet’s ability to inspire action immediately appears upon first use, as the screen flashes a large “GO” button. Nike will send a congratulations message to your account when you’ve accomplished your objective, complete with an endearing cartoon figure doing a happy dance to mark the occasion.

I don’t know about you, but just doing that dance is sufficient motivation to keep wearing the bracelet and progress toward my daily goals.

Even though there are no instructions included with the bracelet in any way, shape, or form, it can be easily set up and synchronized with your NikePlus account.

Even though the FuelBand SE can track other activities in addition to steps, the vast majority of people still only use it for its most fundamental capability, which is to count steps. It tracks all of your steps and converts them into Fuel Points, and its accuracy is surprising, to say the least.

Even after all these years, it is still a total mystery as to whatever criteria Nike uses in order to convert the steps into miles. Still, you can be certain that every one of your activities will be taken into account during the process.

By just pushing a button on the bracelet, the band allows you to accumulate points and keeps track of the number of calories you’ve burned during the day.

The tracker also shows you a colorful line that gradually transitions from a reddish color to a greener one as the day goes on. This is intended to serve as a motivational aid for you. The FuelBand’s display automatically adjusts its brightness to match the surrounding light, making it much simpler to understand the critical information it displays.

Nike FuelBand doesn’t give numerous workout tracking possibilities. In spite of this, it is an extremely effective motivator.

The possibility exists of achieving the aim of watching that cute guy dance at the end of the day. After all, who cares about some downsides and the lack of super-tech features if the band successfully gets you moving when you’re listening to it? If that’s what you’re really after, you can rest assured that the FuelBand will help you achieve your goals.