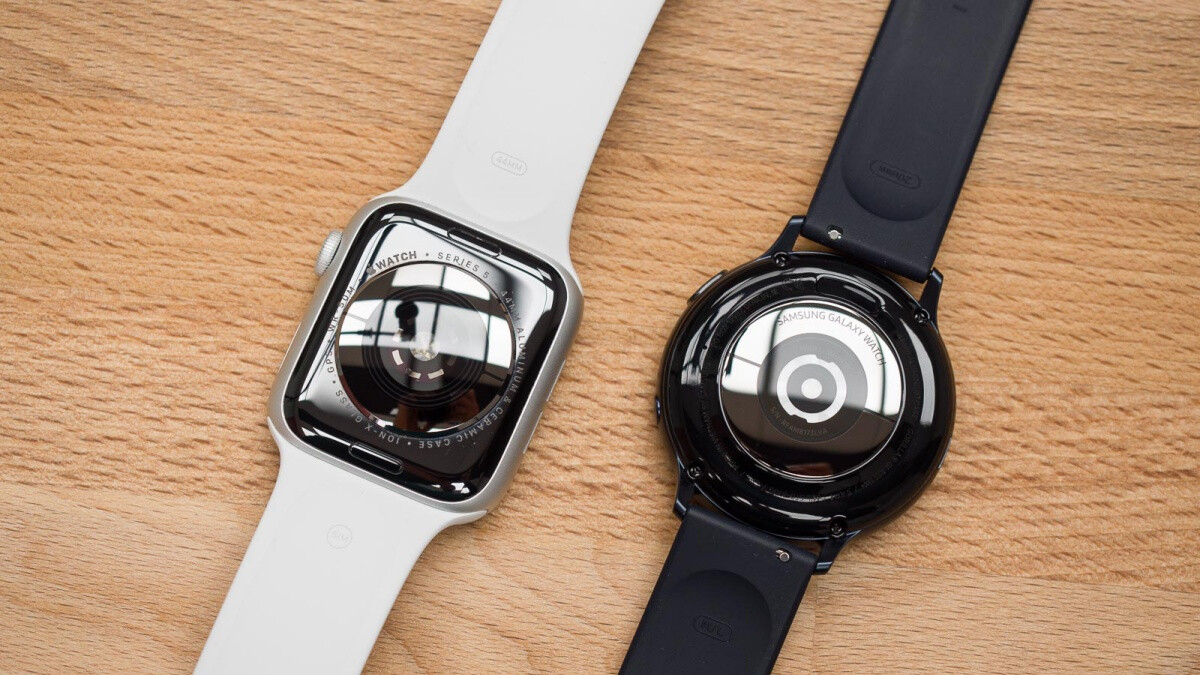 Nowadays, everyone seems to be wearing smartwatches since they make life a lot less complicated and easier. For this reason, tech giants like Apple and Samsung continuously compete to release the most cutting-edge wearable device. Now that we’ve got that out of the way let’s compare the new Apple Watch Series 7 to the Samsung Watch 4, breaking each one down side by side and giving you the most thorough analysis possible to assist you in making your decision.

Let’s get into it.

Because these are both items that can be worn on a daily basis, the buyer will place a high priority on the design of the product. The Apple and Samsung Watches are both fashionable wristwatches, but they don’t even begin to compare in terms of how they look.

Customers are overjoyed by the fact that this model’s display is 20 percent larger than the one it replaces. Since the dimensions of the hardware themselves remained unchanged, this indicates that Apple did a fantastic job making the most of the resources at their disposal. One of the advantages that they have over the Samsung Watch 4 is that they have this feature.

The Samsung Watch 4, on the other hand, has a design that is reminiscent of a traditional watch. If we imagine this design in the form of a circle, we can see how it would appeal to people who like traditional watches. To proceed further in that direction, consumers can purchase a watch that is either more technologically advanced or more traditionally styled, with one of the options featuring an actual hour display and a bezel.

The Samsung Watch 4 is, without a doubt, the best option for individuals who care less about the amount of display space available and more about the traditional watch fashion.

If a watch’s design and appearance were the primary concerns of potential purchasers, then the watch’s features would definitely come in a close second. The question of what the watch is able to achieve for the consumer is an important one. If the person had no interest in the technology, they would purchase a traditional watch. These timepieces are intended to become a seamless part of your daily routine. Who then is the master of this skill?

Apple may have been the undisputed industry leader in wearables for some time, but it appears that they are falling farther and further behind in the health area. Along with the addition of an app for mindfulness, among other things, significant changes are required in the area of sleep tracking.

The Apple Watch Series 7 did receive one enhancement: the ability to type on a full-size keyboard, which was made possible by the increased screen size. It’s high time! On the other hand, the battery life has not been improved at all and still only lasts for a maximum of 18 hours.

Overall, there weren’t many different ways in which users may benefit from the available capacity increases.

The Apple Watch Series 7 can not match up to the Samsung Watch 4 regarding the number and quality of health-related features it offers. For starters, users of the Samsung Watch 4 have access to whole body composition tracking as well as more advanced sleep tracking.

Comparatively, the Apple Watch Series begins at the high end of the pricing spectrum at $399, while the Samsung Watch 4 begins at the low end of the pricing spectrum at $249. When upgrading from a Samsung model with Bluetooth to one with LTE, the price jumps from $249 to $299 almost immediately. Despite this, the Apple watch is still placed at a higher position.

It is important to be aware that the price of the Samsung Watch 4 Classic variant is significantly greater. This edition begins at $349, and the enhanced version is priced similarly to Apple’s entry-level product, which begins at $399.

In the following, we have provided a rundown of each watch’s most important aspects. This is an excellent summary of the benefits and drawbacks of each gadget.

The fact that an Apple Watch can be integrated with users’ other Apple products is the primary reason for its continued popularity, regardless of the number of upgrades. Said, this makes it extremely difficult for anyone to part ways with the Apple family and make the switch.

Having said that, when looking at the two different gadgets side by side, we can see that just though Samsung is in the second position, it does not have a lot of great things to offer. Many advantages are now available to Samsung as a result of considerable changes as well as a new appearance.

When we compare the price of the Apple Watch Series 7 to that of the Samsung Watch 4, we can see no significant difference between the two. The decision is ultimately dependent on personal taste and how convenient it is for the user.

These days, everyone seems to be wearing smartwatches since they make life a lot less complicated and easier. For this reason, tech giants like Apple and Samsung continuously compete to release the most cutting-edge wearable device. Now that we’ve got that out of the way let’s compare the new Apple Watch Series 7 to the Samsung Watch 4, breaking each one down side by side and giving you the most thorough analysis possible to assist you in making your decision.