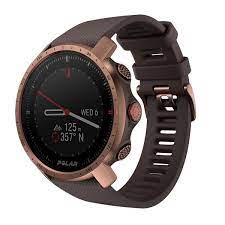 Instructions on how to implement the upgrade

Today, Polar has issued a software update for the Grit X that adds several previously exclusive functions to the Grit X Pro model. This includes the control of the music, as well as the running of performance tests and other things.

As a tough multi-sport watch, the Polar Grit X was introduced to the market in April 2020. It is the company’s response to products in the Garmin Fenix series, among other competitors. In October of the previous year, a Pro variant of the device was released as a follow-up.

The two watches are relatively similar to one another in most respects. In terms of its hardware, the Pro edition includes Sapphire glass, which provides an additional layer of durability and a compass. The remainder of the changes are primarily software-based and include things like new dashboards, additional navigation functions, heart rate broadcasting, music controls, and Recovery Pro.

At the time, Polar stated that the Grit X would be receiving some of these capabilities very shortly. The corporation has kept its promise, and the update has been made available to the general public as of today.

To begin, the Grit X firmware 2.0 update now enables users to directly control the music playing on their cellphones from the watch itself. You can go through your playlist and make volume adjustments while you are training and after you have finished.

In addition to that, the following is a part of the update:

Instructions on how to implement the upgrade

The update to the program was anticipated to be released before the year 2021 came to a close. But better late than never. The update is now being distributed, and it may take some time until it reaches everyone.

Tablets and smartphones can be used to perform the installation. Launch the Polar Flow mobile app on your device and wait for it to synchronize with your watch. The app will notify you if an update is available for download. Because the installation process can take up to twenty minutes, it is advisable to fasten the watch to the charger before beginning the process.

You also have the option of using FlowSync on a computer to install the software. When you connect your watch to its USB port using the charging cord, FlowSync will automatically start syncing. When it is finished, it will then ask you if you want to install the new software and give you the option to do so. Select “Yes,” and then continue to follow the on-screen instructions. Wait until the installation of the update has finished before unplugging your watch.