According to Fitbit, there are currently no plans to add music storage to the Sense 3 or the Versa 3 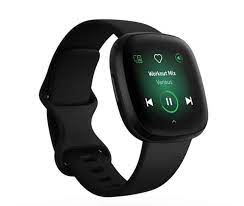 Is it possible to save music on the Sense and the Versa 3 as well?

Does Fitbit have plans to add music storage to the Sense and Versa 3 devices soon?

Fitbit has said on its forums that it has no plans to add music storage to the Sense or the Versa 3 in the near future. This is likely to disappoint a lot of customers.

For those who are unaware, the duo is equipped with a built-in GPS system that enables users to run without their phones. On the other hand, unlike the Ionic, the watches do not have the capacity to save music locally for offline playing.

Late in the previous year, Fitbit introduced the two new devices. It is possible that Sense may eventually replace Ionic as the dominant paradigm. The latter is a popular piece of technology that, at the time of its release in September 2017, was years ahead of its competitors in terms of innovation. In point of fact, for a considerable amount of time, it was the only Fitbit device available with an integrated GPS. That, of course, is no longer the case ever since Charge 4 and, more recently, Sense and Versa 3 were released.

Ionic also supports offline storage for music, which is another fantastic feature of this app. Approximately 2.5 gigabytes of it, which is plenty for approximately 300 songs. This can be accomplished by downloading music from Pandora or manually moving it from a computer running Mac OS X or Windows. After that, you’ll be able to play music back on your Bluetooth wireless headphones for the ultimate hands-free listening experience. If you were curious, the situation is the same with Versa 2 as well.

Is it possible to save music on the Sense and the Versa 3 as well?

Sense and Versa 3 both come packed with a variety of fitness sensors, but Sense in particular has a lot of them. They come equipped with a multi-path optical heart rate sensor (which enables raw HRV readings), an ECG sensor, an EDA sensor, a skin temperature sensor, an SpO2 sensor, and a great number of other sensors as well. In this way, the Sense and the Versa 3 are much better than the Ionic, which is becoming less popular.

But what about storing music without an internet connection? Because they have to manage the operating system as well as other things, the watches, of course, have their own built-in memory. However, may some of this be used as the basis for songs? This is what Fitbit has to say about the matter.

To answer your question in a nutshell, no. It is not possible to save music playlists on the Sense and Versa 3 like it is on some other smartwatches; these two watches do not support this feature.

However, there is a workaround for it, although it is not an ideal one. You are able to submit your own MP3s to the Deezer platform, which gives you access to those files when you use the service. Pandora Plus and Pandora Premium both include this feature, but there is a fee associated with each of these premium accounts on a monthly basis. Because Spotify only lets you control music from the watch, you need to be connected to the internet in order to use it.

Those who enjoy exercising without their phones, such as running or cycling, would benefit greatly from having access to offline music. It would be foolish to dismiss it, especially considering that the newest watches come equipped with GPS already installed. After all, it is present in both the versions that came before Sense (Ionic) and the versions that came before Versa 3 (Versa 2).

Does Fitbit have plans to add music storage to the Sense and Versa 3 devices soon?

A lot of people are holding out hope that there will be an update to the program that will let them store music. In every other respect, the Fitbit Sense and Fitbit Versa 3 represent a significant improvement over anything else that Fitbit has produced in the past.

On the other hand, it does not appear that this will occur, at least not in the near future. Within the Fitbit forum’s Suggestions for New Features area, the functionality of music storage received around 1,043 votes. Today, 236 days after the first suggestion was made on the forum, Fitbit made it clear that it does not have any plans to let you put your own music on the Fitbit Versa 3 and Sense right now.

A status of “Not currently planned” has been assigned to the suggestion for the time being. In the past, it was configured to read “Reviewed by Moderator.” If it’s any consolation, Fitbit has allowed users to continue voting on whether or not the functionality should be implemented. This shows that there is still reason to hope that they will add music storage to Sense and Versa at some point in the future.

Although we do not, at this time, have any intentions to release this feature, we sincerely appreciate the enthusiasm and originality that emanates from this community. Because we are aware that many of you place a high priority on this proposition, we have decided to keep the voting open so that we may continue to monitor interest in the matter. We will provide an additional update if anything changes.