Along With Monitoring your Blood Pressure, Fitbit also Wants to Monitor your Arteries' Condition 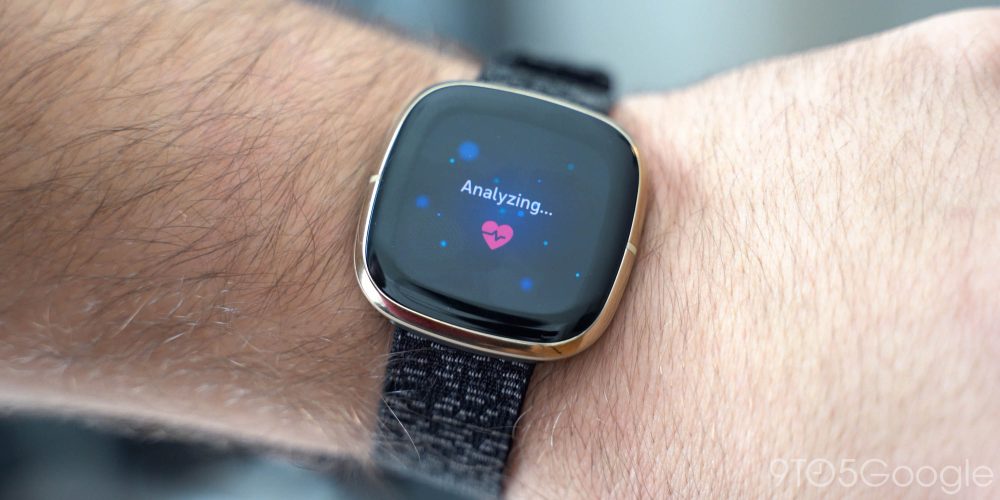 The Submission of the Patent Application to the USPTO

It's Possible that Sense will be the First Fitbit to have a Blood Pressure Monitor.

A patent has been granted to Fitbit to determine arterial stiffness, which involves monitoring the velocity of the pulse wave emanating from the wrist. In addition to that, it is thought that the method could help take uninterruptible readings of the patient’s blood pressure.

The Submission of the Patent Application to the USPTO

The United States Patent and Trademark Office (USPTO) issued the patent’s first publication on December 2nd. In March of this year, the necessary paperwork was submitted with the catchy title “Photoplethysmography-based Pulse Wave Analysis Using a Wearable Device.”

Photoplethysmography, sometimes known by its abbreviated form PPG, is an optical technique used to identify volumetric changes in the blood that occurs in the peripheral circulation. Said this component is a heart rate sensor, and it can be found integrated into the majority of modern smartwatches and fitness trackers.

It has been discovered that the sensor has applications beyond simply determining the number of times the heart beats in one minute. It is the goal of Fitbit to employ it to monitor arterial stiffness via pulse wave analysis. The speed at which pressure waves travel throughout the vessel’s length is referred to as the pulse wave.

The arteries in our bodies get more rigid as we become older. This is a normal process that occurs with advancing age, but it is something that one can mitigate to some degree by maintaining a healthy lifestyle. Losing weight, increasing physical activity, cutting back on salt intake, and cutting back on alcohol usage are all things that can help reduce the stiffness of the artery wall. Your risk of getting hypertension and other disorders, such as chronic kidney disease and stroke, increases in proportion to the arterial stiffness of your blood vessels. It is a reliable, independent indicator of the risk of cardiovascular disease.

In most cases, to receive a reading of your arterial stiffness, you will need to pay a visit to a physician’s office and then use some pricey equipment for a few days. Anything anyone can operate from the wrist would be an easy and inexpensive way to accomplish this. In addition to this, it would make it possible to collect data over extended periods and under a wide variety of circumstances and activities.

An Excerpt from the Patent can be seen here.

The non-invasive measurement of arterial stiffness utilizing pulse wave analysis of photoplethysmogram data is made possible by the devices and systems disclosed in this document. PPG data can be automatically and intelligently obtained under suitable conditions. At the same time, the user is engaged in activities or exercises according to particular implementations of the wearable biometric monitoring devices provided herein for measuring arterial stiffness. These systems are equipped herein for evaluating arterial stiffness.

There have been studies, such as the one that was published in PNAS, that highlight the association between pulse waves and blood pressure. It has the potential to become a game-changer in sensor technology. The method might even make it possible to monitor the patient’s blood pressure continuously.

Trying to estimate one’s blood pressure when they are moving around or exercising is, of course, an exercise in futility. Taking readings using a conventional cuff is supposed to be done while the patient is at rest. A sensor worn on the wrist would perform the same functions in the same manner. The patent includes a flow chart that begins with a check to see if the user condition is appropriate for capturing pulse waveform data. This is the only circumstance in which it will attempt to estimate a reading.

This whole thing is quite exciting, all of it. Along with monitoring your blood pressure, the Fitbit that you wear on your wrist may soon be able to assess the condition of your arteries as well.

It’s Possible that Sense will be the First Fitbit to have a Blood Pressure Monitor.

This follows from the Fitbit study conducted at the beginning of this year, which gave hints that blood pressure tracking may soon become available on the Sense smartwatch that Fitbit produces. The company conducted a study on the topic for a whole month.

A few months ago, we published an article that discussed Aktiia. The answer developed by the young company based in Switzerland has already been made public. Through the use of an optical heart rate sensor, the bracelet discretely rests on your wrist while simultaneously taking repeated readings of your blood pressure throughout the day. On the other hand, Aktiia is something of an anomaly and has very little in the way of genuine competition.

That is something that Fitbit hopes to improve.

The previous research on something termed “Pulse Arrival Time” was conducted by Fitbit over the course of one month (PAT). This determines how long it takes for a blood pulse to travel from your heart to your wrist following each heartbeat. This is identical to the pulse wave velocity in every way. The tracking of the arrival time of pressure pulses that have been recorded in vivo is required for the determination of PWV. This moment in time is known as the pulse arrival time (PAT).

Fitbit Labs is the organization that is responsible for carrying it out. This builds on in-house work that demonstrated a connection between PAT and blood pressure. However, this was only short research that lasted about three weeks. Furthermore, there are further scientific articles that use actual samples to demonstrate that there is a correlation.

Monitoring one’s blood pressure is vitally important. The majority of us are aware of this. But let’s be honest: putting on one of those old-fashioned blood pressure cuffs is a bit of a pain in the neck. How many of you engage in this behavior consistently? If you wear a device on your wrist that can quickly capture such readings, this will be a lot less of a hassle.