Android 7.0 will reach the Galaxy J5 in the month of November 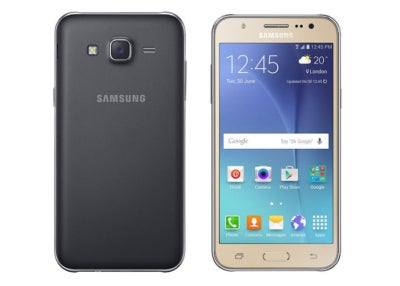 Updates morning. After knowing that the Moto X Play begins to receive the latest version of the operating system these days, we now have news that another powerful company such as Samsung has included in its list of terminals to update the Galaxy J5 of the year 2015 . Of course, the news with the Korean terminal is not entirely good.

As we have been able to read on PhoneArena , Samsung has announced its decision to last update one of the terminals of the J range, the J5 released in 2015. The version to be received will be Android 7.0 , and although it is not the latest of the latest, it is a necessary update.

Fortunately, this announcement comes from an approximate distribution date: November of the same year . What we do not like so much is that users will have to wait almost half a year more to receive a version of the operating system that many terminals on the market already have and will soon become obsolete.

This taking into account that the procedure is not delayed or suffers a setback (which usually happens with a certain frequency; in Samsung and in almost all companies), which would further lengthen the wait for users.

We understand that this type of terminal, due to its price and its range, are not the most absolute priority for Samsung, which has already updated its entire high-end range from previous years, but its update seems somewhat late. Being benevolent, some other companies would put aside terminals of this type , two years old and with so much time ahead to get the update, so perhaps Samsung does not do so badly.