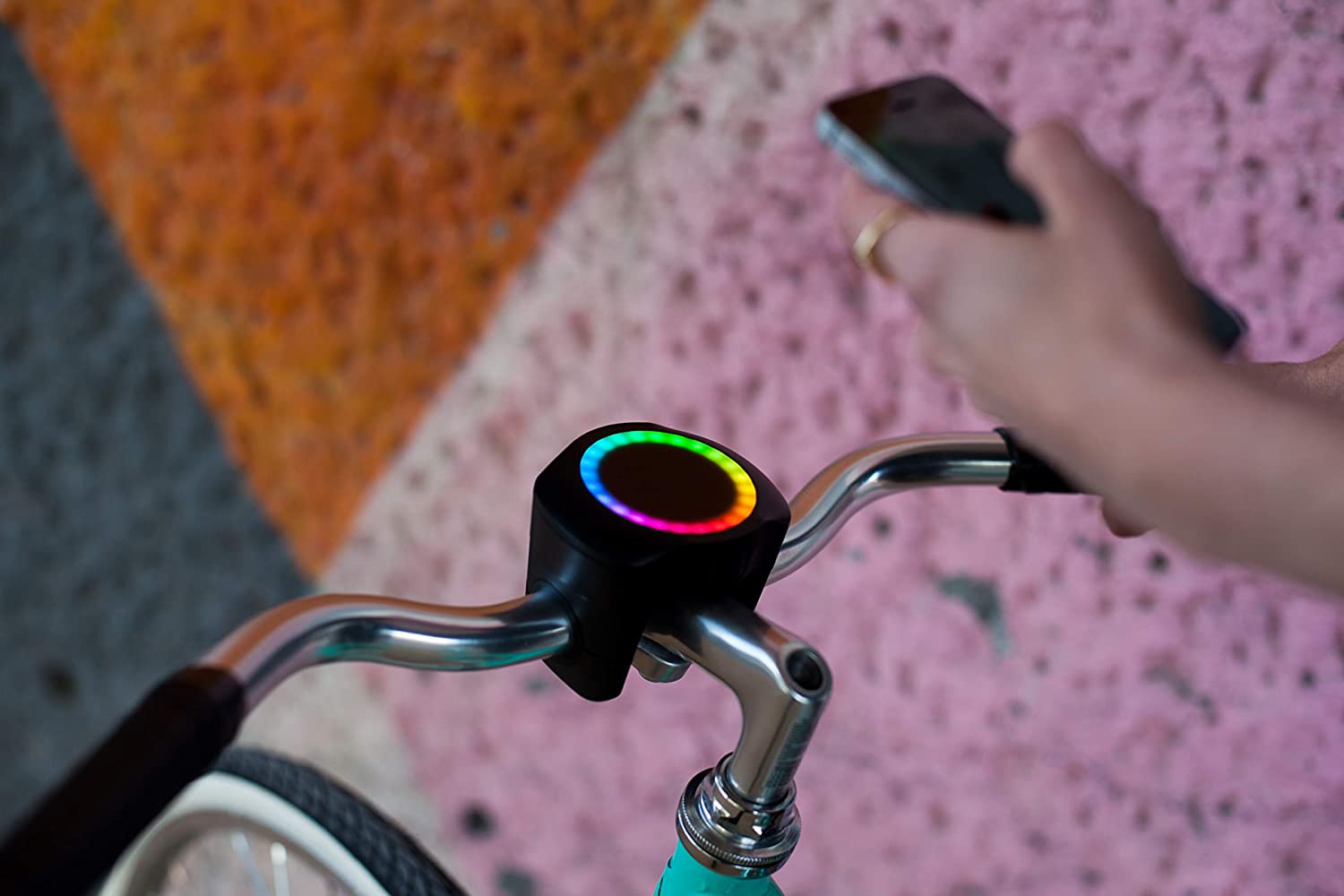 The SmartHalo is a straightforward GPS navigator and tracker that can be attached to any standard bicycle to transform it into a smart bike.

The device was manufactured by a business that is based in Montreal, which is known as the “bike capital” of North America. In 2015, a group of 15 people funded over $500,000 on the crowdfunding platform Kickstarter in order to create the product. Since then, more than 10,000 people who backed the project have received the device, and in the most recent few days, SmartHalo has become available for purchase by everyone. You may get more information about it on Amazon.

This multi-functional accessory is like a Swiss Army Knife for cyclists and was developed specifically with urban cyclists in mind. The device may be attached to the middle of your handlebars, and the manufacturer has made sure that it is compatible with every bicycle.

To begin with, the GPS navigation system will display the routes that will get you to your destination as quickly and safely as possible. All you have to do is key in the address of your destination on your smartphone, and the weather-proof device’s low-energy LED lights will take care of the rest. When it is time to turn, the signal beams in circular colors of white and green. However, if you are moving in the incorrect way, you will receive a flashing prompt in the color red.

Following that are features that allow for automatic tracking. As soon as you start pedaling, SmartHalo will start acting like a straightforward bike computer and will activate its tracking functions. At the conclusion of your ride, the app on your smartphone will provide you with statistics on your average speed, calories burned, elevation gain, distance traveled, maps of your route, and the amount of time you spent riding.

You also have the ability to set fitness objectives via the app, and the accessory will display your progress in real time on the handlebars of your bicycle. SmartHalo can display real-time notifications of incoming calls, messages, and the weather. Simply ensure that you take a break before you read them.

Then there are the functions related to security. The tamper-proof screws and a locking system built to military standards ensure that the accessory will remain securely attached to your prized bicycle. Even if you are not there, the integrated alarm system will be enough to deter any potential burglars. Due to the fact that the device pairs with your phone, the alarm system will disarm as soon as you get close to the location. In addition, SmartHalo is able to remind you of where you parked, even if you have forgotten it.

The SmartHalo may also function as a nightlight thanks to its 250 lumens of illumination. It is not necessary for you to press any buttons because the device is intelligent enough to turn the lights on by itself as soon as the sun goes down.

Most of SmartHalo’s functionality relies on Bluetooth rather than an internet connection. Having said all of this, the turn-by-turn navigation can not function without an active internet connection. It is estimated that the battery will last for approximately two weeks when used normally. If you use it less, then it will last you longer.

The device is permanently attached to your bicycle, so it is never out of reach when you require it. It enhances both your bike and your phone by easily connecting to each other.