Apple has finally revealed information about its top-secret workout facility 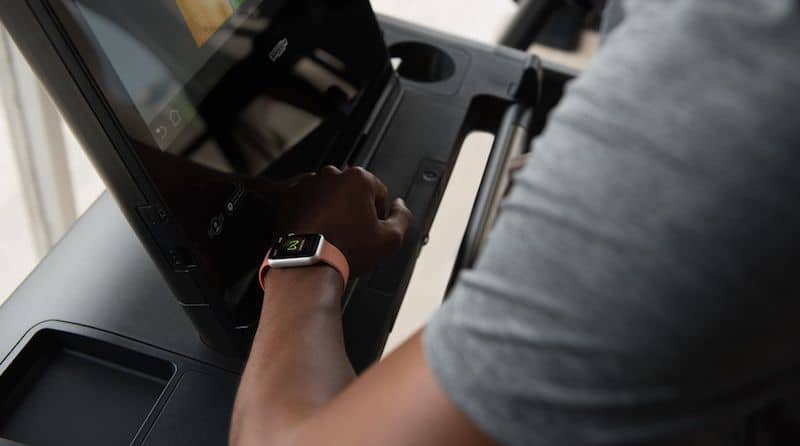 Apple has provided journalists with a glimpse into its top-secret fitness facility less than a week before the anticipated introduction of the third generation of its smartwatch. Researchers put in long hours in this facility to ensure that Apple’s technology is as precise as it possibly can be and that its algorithms are up to snuff.

The facility in Cupertino has been under the management of the corporation for a number of years at this point. It is an unremarkable-looking structure that can be found on a side street just a few kilometers away from Apple’s main campus. Men’s Health was given a special invitation to observe the inner workings of this top-secret fitness lab, which is not something that the corporation does frequently when it comes to inviting people from the outside.

Behind the locked doors is a bustling team of nurses, physiologists, and other individuals who, while wearing masks costing $40,000, measured the amount of calories burned, the amount of oxygen consumed, and the VO2 Max. Men’s Health also found about 40 employees working out on different kinds of fitness equipment, like treadmills and cable machines.

Apple is gathering information about movement and physiology by employing this fully-equipped fitness studio, which includes a pool and spaces for group training. Even places that are engineered to feel like the Arctic (below freezing) or the Saharan desert (over 100 degrees Fahrenheit) exist, and they are used for analysis in conditions that are extremely harsh. It has been reported that the firm is looking into the possibility of developing other goods and services within the field of healthcare, despite the fact that the majority of the work being done is concentrated on enhancing the software and algorithms for the Apple Watch.

Apple says it has more information about how people work than any other study that has been done so far.

Jay Blahnik, who is in charge of fitness and health technologies at Apple, says that the company’s lab has more information about activity and exercise than any other human performance study in the history of science.

We have recorded 33,000 sessions totaling over 66,000 hours of data over the last five years, with more than 10,000 individuals serving as participants.

It would appear that our efforts are paying off. Although Apple does not disclose the number of smartwatches it has sold, it is evident that the wearable has been successful for the business. And there are many exciting things in store for you.

This fall, Apple will release watchOS 4, which will include a number of useful new features. Better coaching, monthly challenges, nicer visuals, and a new mode for High Intensity Interval Training will be included in the Workout app when it is released. And let’s not overlook the improved tracking of your swims. Apple’s wristwatch will also be compatible with a wide range of linked devices through the use of Bluetooth and fitness equipment through the use of NFC.

There are rumors that the next edition of the Apple Watch will arrive with a cellular connection, a front-facing FaceTime camera, smartbands, and perhaps an increase in battery life. These features are in addition to the new health sensors that are expected to be included. We also think that the Apple Watch Series 3 will have a more powerful processor and more RAM.

We believe that the timing of this news is another strong indicator that new Apple Watch hardware will be showcased during the event on September 12th.