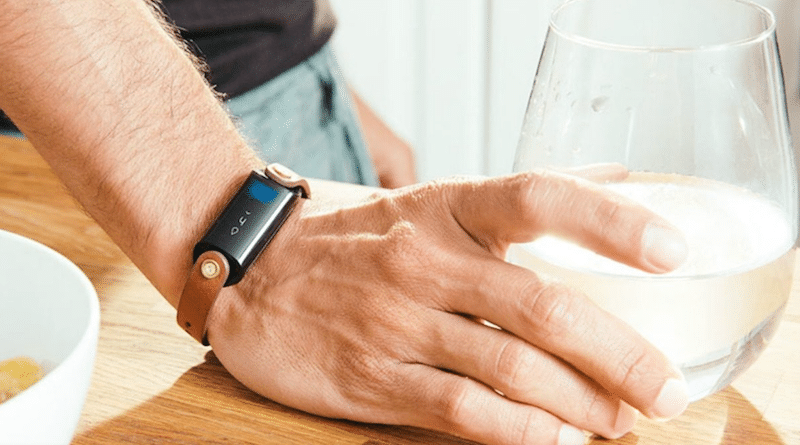 Backers of hydration tracking LVL have been offered a refund for their Kickstarter donation once more. Some had received their money back months ago, while others had not.

It’s a story that appears to have no conclusion.

To recall, BSX Athletics, an Austin-based wearable sensor firm, raised $1.2 million on Kickstarter in 2016 to develop the gadget. With a June 2017 delivery date specified, there were delays and unresponsiveness to feedback expressed by project backers.

The company then announced a $6.75 million Series A fundraising round funded by the Samsung Catalyst Fund in August 2017. While extra funding and assistance from Samsung increased the project’s legitimacy, many were disappointed by further delays.

LVL secures a new $6.75 million investment for their hydration tracker.

The wearable was billed as the first of its kind. According to the Kickstarter page, it measures hydration levels and captures reliable heart rate measurements using red light technology. This technology enters your body 10 times deeper than the green lights normally used in fitness trackers.

LVL, like many other activity trackers, is designed to track your activity (steps, distance, floors climbed), calories, sleep, mood, and heart rate to provide a comprehensive picture of your health. So it’s a full package. In theory,

Acquisition and a refund offer

But there were another two years of silence until November 2019. We finally got a new development, and it was quite significant for the LVL Kickstarter funders.

LVL CEO Dustin Freckleton notified them that LVL had been acquired by Gideon Health, a “stealth-mode healthcare enterprise.” “( We’ve never heard of the company, but it “uses AI, biometrics, and clinical sciences to assess brain and body wellbeing 24/7,” according to the post.

BSX claims to have spent the last two years redesigning the hydration tracking wearable in order to make it more suitable for mass production. Unfortunately, they ran out of money as the Kickstarter funds and further outside donations dried up.

The acquisition of Gideon will allegedly allow LVL Technologies to “create and deliver 10x” what they previously thought was achievable. Unfortunately, the post did not provide any information on the cash invested or the wearable that was given. The truly wonderful news came next.

The Gideon team has provided LVL Kickstarter funders with two options. They can choose between a complete refund and free priority delivery of the new device being created by completing a survey. Many of the 7,500+ backers chose the latter option. with good reason. And we assumed that was the end of the story. But it didn’t work.

Some reimbursements were granted, but this was largely discontinued a few months ago. The comments on the Kickstarter page began to pour in once more. Since the project’s inception five years ago, they have expanded to over 4,000 in number.

But now there’s another update. Here’s the email I wrote yesterday to backers who requested a refund over 8 months ago but have yet to receive it.

“We hope this email finds you well, and we appreciate your ongoing support.” We recognise that a large period of time has elapsed since our last communication, and we would wish to take quick action to correct the situation. We apologize for not being able to fulfill your request and will issue refunds upon receipt of your email confirmation. ” It is composed

“In order to receive your refund, please go into PayPal and verify the account email you gave.” Due to the passage of time, we can only give refunds via PayPal. Then complete the following survey… “

This latest breakthrough gives us optimism that we will see the first hydration tracking wearable one day (hopefully in the not-too-distant future). If and when this occurs, it will be a game changer for the industry. We certainly hope the company follows through on their vision.