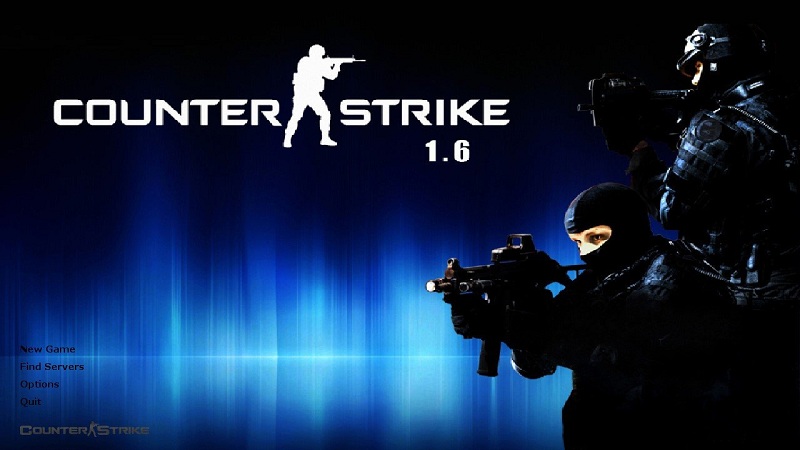 The most famous first-person shooter is now on Android.

Kazakh programmer Alibek Omarov under the name a1batross ported the game Counter-Strike 1.6. Enthusiast was able to move the 3D-shooter without limited functionality. And no, it’s not streaming from a PC.

Source code is available on the GitHub portal. The project is called CS16Client v1.0. According to the programmer, the Android client is 95–100% compatible with CS1.6, and it can be run on both single-core and multi-core gadgets. To do this, you need to install on Android the Xash3D game engine and the APK package, and also copy the necessary files and folders to the memory card.

Here are our FAQ Questions and Answers on Counter Strike 1.6 Game

A little about the port from Alibek Omarov: The server code is original. So everything works at 99% exactly the same as in the original. (Leaving 1% for Xash3D-specific things. I think, from 99% you can still take away 2-3% if EeGameDLL is used).

But the client, yes, I am writing it stupidly again. It is on my conscience that how it will be displayed.

And I repeat once again for the especially gifted, I don’t write again to the COP. I am re-writing the client, i.e. exactly what will be displayed on your screen. The COP has been written for me for more than a decade. (Disregarding sufficiently accurate projects, such as ReGameDLL and cs16nd, we must give them their due – the similarity at the highest level).

// If someone still does not understand, then shooting in no way applies to us, it is exactly like on a PC, and the maximum that you can see is a visual bug.

Q: Where can I drop the valve and cstrike folders?

A: By default, this is the xash folder on the memory card, but you can choose your own path.

Q: How to make a weapon in your right hand?

Q: Why are the settings / nickname not saved?

A: Because you need to close the game with the Quit button in the menu, and not kill the process. (Forced access to xash 0.19)

Q: How to make the selected weapon be taken immediately to hand?

A: cl_autowepswitch 1 to console.
And so that fast weapon switching hud_fastswitch works 1.

Q: Bots are too hardcore, how to fix?

A: The documents are ready yapb.cfg, download it, and replace the path xash / cstrike / addons / yapb.
In the case of ZBOT, simply configure in cmd menu.

Q: Will my device cope?

A: Almost all modern devices from 2011-2012 cope with the game, but on old devices it is not recommended to use custom models with a large number of polygons or high-quality textures.
My client worked tolerably when two cores were disconnected and the frequency limit was up to 900 MHz.

Q: Can I connect to GoldSource (original PC) servers?

A: In short: no.
The problem is at the protocol exchange level. Yes, we drive almost the same data as GoldSource, but at a low level (the protocol level) we have inconsistencies. And now we have no people who at the same time would like to fix it, have the skill and have free time for it. If you find a superstar with excellent knowledge of the reverse protocols and experience in creating them, you are welcome to us.

A. Try updating the list. Sometimes not all servers shows. If this does not help, then most likely these online servers are disabled or the master server has crashed.

Q: When will AMX / MetaMod on Android?

A: Sometime, but not the fact that it turns out to be completely working.
The project has been announced.

Explain why. Metamod and AMX architecture was developed without relying on the fact that someone will run them somewhere other than Windows and Linux. And also, the work on Xash3D was not calculated.

Still complicates the fact that all Metamod and AMX plug-ins are even more non-portable. (Because of the closed or trite poorly written code). That is, even if Metamod and AMX are ported to Android, then many existing plugins will not work.

Q: What should I do if my management is not the same as everyone else, like in Half-Life, or does it not exist at all?

A: The game has a configs manager, it is located in the menu:
Configuration -> Touch-> Touch Options
And select the desired config.
Themselves throw configs in the folder cstrike / touch_profiles.

A: First, whether you think so or not, but almost 100% is always squeezed out of your phone. Another thing is that the resource can be used irrationally.

Secondly, the level of debag. Yes, it is specially overestimated so that I can track at least a little about what is happening with you. The whiner does not restart the engine with the developer mode to write a normal log, he will continue to whine that everything is flying out.

Third, remove the model. Can’t you live without them? They are not only disgusting, they also load the driver once more (about it below).

Fourth, bad drivers. There is such a case, when on a device with a very powerful SoC (4 or 8 cores, I don’t remember exactly, and far from being the slowest graphics chip), the CS, like the entire Ksash, produced a measly 20-30 FPS. Changed the resolution, reduced the level of effects, all for nothing. Until they contacted the manufacturer’s technical support, they pushed the kitten into their worn sneakers. The manufacturer then released an update where such a problem disappeared completely.

Q: How to add / create a button in the manual manually?

Instead of “button name”, etc. you should write your own, i.e. attack (button name); attack.tga (texture); + attack (command).
And save.

Q: How to put cmd and bot menus.

Q: How to install the mod?

A: You can, as in the PC version, ie, replace the files.

Q: How can I change my nickname?

A: There are three options:
1) Change in the game settings, (but!), You must exit the game through the Quit button.
2) In the console name “your nickname.”
3) Write it in config.cfg

Q: How do I bind buttons for shooting a volume rocker?

Q: How can I change the skill (difficulty) of Zbot?

A: Team: bot_difficulty 0-3 – Bot skill (0 – the weakest, 3 – the strongest). This option will be valid only for newly added bots. Those that have already been added will remain with the skill with which you added them.

Q. How to make a color nickname in the game?

A.To make a color nickname, you need to know this:

Now let’s see how it is written:

We go in xash / cstrike / userconfig. In the line we write the name “your nickname.” Look like this: [KL.STeam] | AWPmaN (colored).

Also, all this is done in the console.

Q: How to increase the time of displaying messages in CS?

A: Register hud_saytext _time “X” in the config (“X” is the time the message is displayed in seconds. Suppose hud_saytext_time is “10”).

Q: How to change the screen resolution?

A: In the game, no way. Android does not allow this application. It is possible only with the help of third-party programs to change the resolution of the entire system, but this requires root, and there may be problems.
But if you need to make the HUD larger then you need to change not the resolution but hud_scale.

Q. Hello everyone, please tell me how to make a knife in your right hand?

A. So far, nothing, just putting a mirror model.

In the future version it will be possible. (Fixed with beta 1.4)

Q: How to set up a joystick?

A: First, make sure that your Android device supports your gamepad:
You can do this using the application by reference.

If it doesn’t work, then you cannot configure the gamepad in the Xash3D FWGS. You can try another Android device.

If it works, then in the main menu of the game (Configuration-> Controls) you can configure a band of buttons for certain actions. You must select an action and press the button A on the gamepad (or the volume keys) and then press the button to which you want to “snap” the action.

Q: Where to throw waypoints?

A: Log – the engine.log file, which is located next to the valve and cstrike folders – in the xash folder. For more detail, the launch line needs to add -dev 5 (or replace the number if there is a similar one). If the file does not exist or is outdated, check the presence of the -log parameter in the same line.

Q: How to remove music and pictures from the game folder from the gallery and player?

A: It is enough to make an empty file called .nomedia in the xash folder, and then (most likely), restart the phone.

Q: How can I adjust the sight through console commands?

Q: I can not see the letters and numbers for the viewer.

A: It is enough to register hud_scale 1.

Q: My smoke is kind of black and opaque.

A: In the settings you need to disable low quality smoke.

Q: I do not have a button to open the console.

A: Make sure that you have -dev 3 or another number written in the launcher (also -console will do).

A: The problem here is in $ characters, they should be removed from the file name or cmd_scripting 1