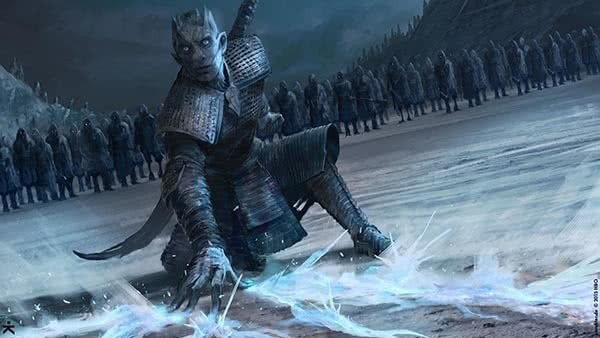 One of the most legendary characters in Game of Thrones (Game of Thrones), the King of the Night, is a figure that inspires terror to all who know his name. The book and series offer different origins and theories about this mythical villain who promises to bring winter to Westeros.

We will talk now about the origins and stories about the leader of the White Walkers, the King of the Night.

Origin of the legend of the books

In GRR Martin’s books, the information about the King of the Night and his army of Others (the name by which the White Walkers are well known in the literary saga) is scarce and presented to us in the form of legend. The Old Maid told these ancient stories of the Stark family, and it is through young Bran that we know many of them.

According to ancient stories, the King of the Night emerged in the Age of Heroes, long after the tragic event known as the Long Night brought darkness to the entire known world, and the Others enjoyed his reign of destruction.

But before the King of the Night became a terrible legend, he was the 13th Lord Commander of the Night’s Watch. According to the Old Maid, the crows “was a man who did not know fear. And that became his greatest weakness, for all men must know fear.” Outside the limits of the Wall, the man without fear he met love alongside the most unlikely creature: an Other.

Enraptured by the White Walker “with skin white as the moon and eyes like blue stars,” the Lord Commander left everything to join her. Giving his body to the creature with “skin as cold as ice,” he transformed himself into another. But that did not mean that he abandoned the Night’s Watch’s leadership, and it was in this way that his dominance of chaos began.

Taking his wife inside the Wall with him, the Lord Commander proclaimed himself the King of the Night and established his headquarters in Nightfort for 13 years. With his ice queen beside him, he bewitched the members of the Night’s Watch to do whatever he ordered.

The end of his reign of terror

The atrocities committed by the King of the Night and his queen were never fully recounted, with only the existence of innumerable human sacrifices being known during their 13 years in power. It was necessary for the North and the Free People to join forces to make the King of the Night disappear.

Somebody created a pact between Brandon Stark, the Transgressor, and Joramun, the King-Beyond-the-Wall, to destroy the others’ threat and free the Night’s Watch. In the final battle, the legends tell that Joramun blew the Horn of Winter, thus awakening the earth’s giants to come to his aid. Thousands of years later, the Free People continue to believe that if someone blew the Horn again, the Wall and bring down the Wall.

After the villain’s defeat, the Night’s Watch instituted new rules to prevent being dominated again. None of the army castles can have fortifications facing south to not be in the opposite direction to the lands they are obliged to defend. The Night Watch became politically neutral, serving only the realm of men, as guardians but never as rulers.

The man behind the legend

After the final battle, somebody erased all the records that contained the infamous Lord Commander’s real name. Brandon Stark ordered to clean Night King’s true identity and was removed from the history books.

Officially the stories say that this order was motivated by the discovery of human sacrifices to the Others and to try to protect the next generations from this cruel legend. But there is another version of events, one that is nothing more than hearsay but was strong enough to survive millennia of history.

There is an alternative theory that suggests that the King of the Night was a man from House Stark. To hide his identity, Brandon Stark wanted to erase any memory that linked his family to a villain who could tarnish the Lords of Winterfell’s entire legacy. Throughout, there was talk about other northern families relating them to the origin of the King of the Night, from the Boltons to the Umber, among many others.

Since the fourth season of Game of Thrones, the public has witnessed several appearances of the King of the Night. First, Bran’s vision, then turning Craster’s baby into a White Walker, leading the carnage on Durolar, and finally leaving his mark on Bran in season six.

It was in the sixth season when the series finally revealed the origins of the King of the Night. When Bran was in the Three-Eyed Raven cave, he experiences a vision that shows us the villain’s creation. The Night King initially appears as a human gagged and tied to a tree after being captured by Forest’s Children. According to the imaginary of A Song of Ice and Fire, these beings are the first inhabitants of Westeros, who inhabited those lands long before the First Men’s arrival during the Age of Dawn.

This human was one of the First Men and was transformed against his will when the little creatures pierced his heart with an obsidian dagger that appears to be glassy-dragon. It is then that his eyes acquire an intense blue color, the same terrible look that we know, and that belongs to the King of the Night. Bran, surprised at this revelation, awakens from his vision and inquires of Leaf, one of the Children of the Forest who accompany him in his training. She explains that the Children of the Forest created these beings to defend themselves from the First Men, as they were being slaughtered and their sacred trees were being cut down. Therefore, the creation of the White Walkers was an attempt at survival against the invaders. However, now they threaten to destroy them all, humans and children of the Forest without distinction.

George RR Martin spoke about the differences between the two Kings

If we look at the profound differences between the two Kings of the Night, everything seems to indicate that we face two different figures. In the book, the name initially used is Night’s King, but in the series, the apostrophe disappears, and he becomes Night King.

George RR Martin is the author of the literary saga, and the best source fans can go to ask about these differences. And it was exactly what a fan did, raising the question about the different ways to write the villain’s name and the differences concerning its origin. The author replied that he still preferred the Night’s King form and added that:

“(…) in the books he is a legendary figure, akin to Lann the Fancy and Brandon the Builder, and there is no more chance that he has survived to this day than they may have had.”

When the series surpassed the books already published, the creators were forced to continue to develop the mythology of Westeros. Game of Thrones has already made several changes to the original canon established in The Chronicles of Ice and Fire, and the Night King seems to be no exception.

Whether in his literary or television incarnation, one thing is sure: The story of this legendary figure is yet to be told. 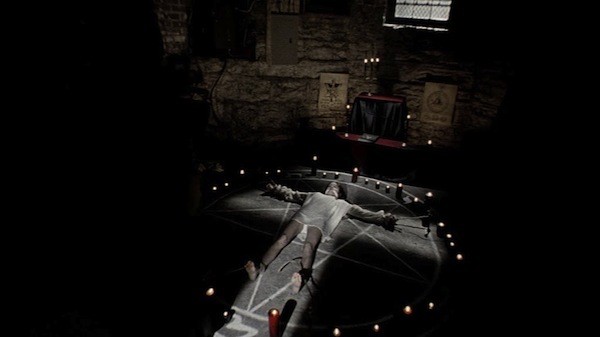 The horror film is a film genre that we confess absolute fans. Terror is a very intense sense of fear caused by an anguished disturbance of mind, whether for a real or imaginary risk. Terror is what c
Read More 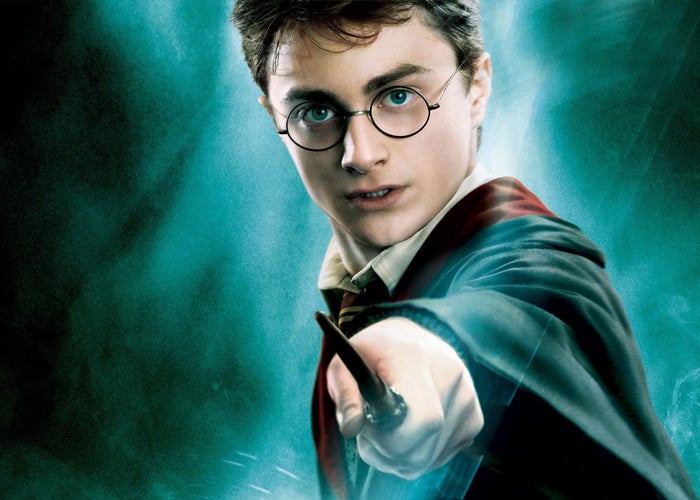 All Harry Potter movies are now available on Netflix

Netflix surprised us on the morning of Three Kings Day with a mysterious video on his Twitter account . The company that has revolutionized the way we watch series and movies had “8 gifts” for us , bu
Read More