Can Smartwatches Become the New Smartphone? 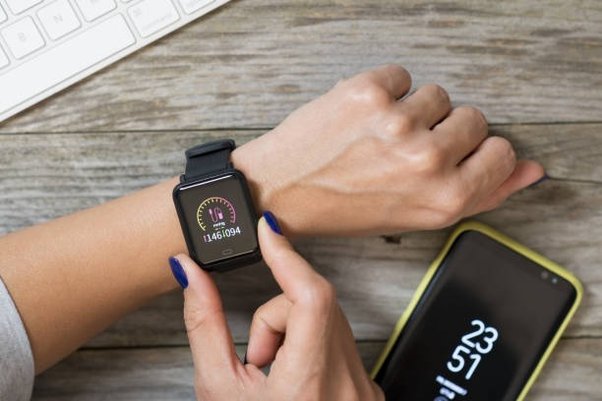 How about a pair of smart glasses?

Returning to the subject of smartwatches

What are your thoughts on smartwatches replacing smartphones?

Are you aware of the capabilities of your watch? If you have an Apple Watch, you have a highly sophisticated piece of technology on your wrist.

The Series 5 has a screen that is always on (one that you can see in sunlight). It has the ability to store and play music, podcasts, and audiobooks. It can allow you to download any of the Apple Store’s vast numbers of apps. You can send texts, make calls, and listen to music without having to use your iPhone if you choose cellular service. Some sensors monitor your heart rate and Electrocardiogram on the belly. But those are just a handful of our favorites.

Smartwatches are getting smarter, so it’s not out of the question that they’ll someday replace cell phones. It’s not difficult to conceive now that your wristwatch has cellular connectivity. Will smartphones become obsolete as smartwatches become more advanced?

Today, you may buy fitness trackers. They’re primarily interested in gathering information regarding your general wellbeing. This is the purpose of devices like the Garmin Vivosmart and the Fitbit line. Smartwatches, on the other hand, provide everything and then some.

Is it possible for smartwatches to take the place of smartphones?

In a nutshell, not yet.

In terms of functionalities, smartwatches are progressively resembling smartphones. But they aren’t quite there yet. Before your smartwatch can match what your phone can accomplish, many steps are taken.

The most challenging issue involves battery longevity. Taking another look at the Apple Watch Series 5, widely regarded as the best smartwatch on the market, with a battery life of roughly 18 hours on a single charge.

We spend nearly 3 hours a day on average on our phones. If we want our smartwatches to do the same, they’ll first need to work on their battery performance.

The Apple Watch now includes a wireless charger, which is a significant advancement. It should be a primary focus to design longer-lasting smartwatch batteries. What would really be ideal is something that would not necessitate the device’s removal in any way.

Fitness Wearables have a longer battery life than regular watches. This is due to the fact that they are putting in fewer hours. The time between charges for a smart fitness tracker will be much shorter.

Our routines and behaviors influence our gadget usage. The duration of the battery’s longevity is an essential factor in this behavior. If you have to take it off all the time, you’re more likely to overlook it, misplace it, or completely ignore it. When concerning devices that track your sleep, you must select when to remove it. What can we sacrifice? Statistics on sleep or data on everyday activities?

The battery performance is only a single factor. In order to compete with a smartphone, the display, connectivity, and features all need to improve. Size is another factor to consider.

How about a pair of smart glasses?

Is creating a smartwatch that can compete with a smartphone the way to go? What other options do we have?

Smart eyewear presently includes voice assistants that respond to orders, such as responding to emails. The capabilities of augmented reality are being developed, and there is some intriguing stuff to behold (in a literal way). Aren’t we already familiar with Google Glass?

Smart glasses have yet to be introduced to the general public by any corporation. So far. The Echo frames were created by Amazon and included Alexa. Apple is rumored to be working on something as well.

Smartphones and smartwatches may become obsolete if smart eyewear becomes widely available. Calls and texts, as well as social networking, emails, web surfing, and streaming music, may all be handled by your smart glasses.

Who knows if they’ll be able to perform these tasks better than a smartphone.

Returning to the subject of smartwatches

Wearable technology is turning into an indispensable need in daily life. The more information they have on us, the better they can estimate our behavior. As a result, you receive a really individualized experience.If you already own smart gadgets at home, your smartwatch may be able to communicate with them and respond. Let’s say you’re thinking about work late on a Sunday night. Your smartwatch may have detected a rise in your stress levels. It would also be aware that you have an important morning meeting based on your schedule from the calendar and email data. It may be able to send this information to your smart home gadgets. Your home devices may respond by dimming your smart lights, turning on the heating and playing soothing music, or turning on your favorite television program.

We have no idea what the future holds for phones. It’s possible that smartwatches will always remain a step behind. While breakthroughs are being made, a competitor on the horizon, smart eyewear, has been doing the same and could overtake both of them. In any case, nobody is compelling someone to select between the three gadgets. You have every right to wear a smartwatch on your wrist, carry a smartphone in your purse, and don smart glasses on your head. In the end, it’s a choice of personal preference.