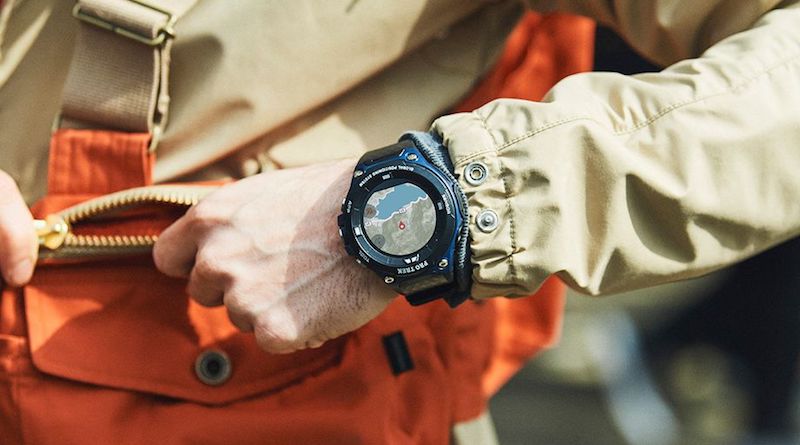 A more affordable model of the sleek Pro Trek WSD-F20 that Casio introduced about this time last year has been announced by the company.

The WSD-F20A has a more affordable price tag of $100 less than the other model, although it has the same technical specifications as the other model. The difference in pricing is due to the fact that this version does not have grips on the side buttons to make them simpler to use, and the buckle is not made of stainless steel like the other version. Bear in mind that the Smartwatches continues to fulfil the requirements established by the MIL-STD-810G wear test. This indicates that it will not be damaged if you throw it, and it should have no trouble keeping up with even the harshest conditions that can be found outside.

The watch is an excellent Smartwatches for campers, hikers, and other people who enjoy spending time outside because it is equipped with a low-power GPS, an accelerometer, altimeter, barometer, temperature, and digital compass, among other features. However, there is no sensor for the heart rate.

However, the feature that sets this gadget apart from others is its capacity to provide offline mapping and guiding in full colour. Because of this, it is an excellent choice for individuals who travel to areas where cell phone service is not available. Also, the watch works with nine of the biggest app providers, like ViewRanger, Fishbrain, and Hole19.

The WSD-F20A is resistant to water up to a depth of 50 meters and runs on an operating system developed by Google called Wear OS. It has the same amount of battery life as the WSD-F20. This indicates that the wristwatch will run for around one day with the GPS turned on, and it will run for approximately one month in the “timekeeping” mode.

The Indigo Blue colour scheme is featured on the most recent watch to be released as part of the Pro Trek series. Beginning on May 1st, you’ll be able to get it for the price of $399.