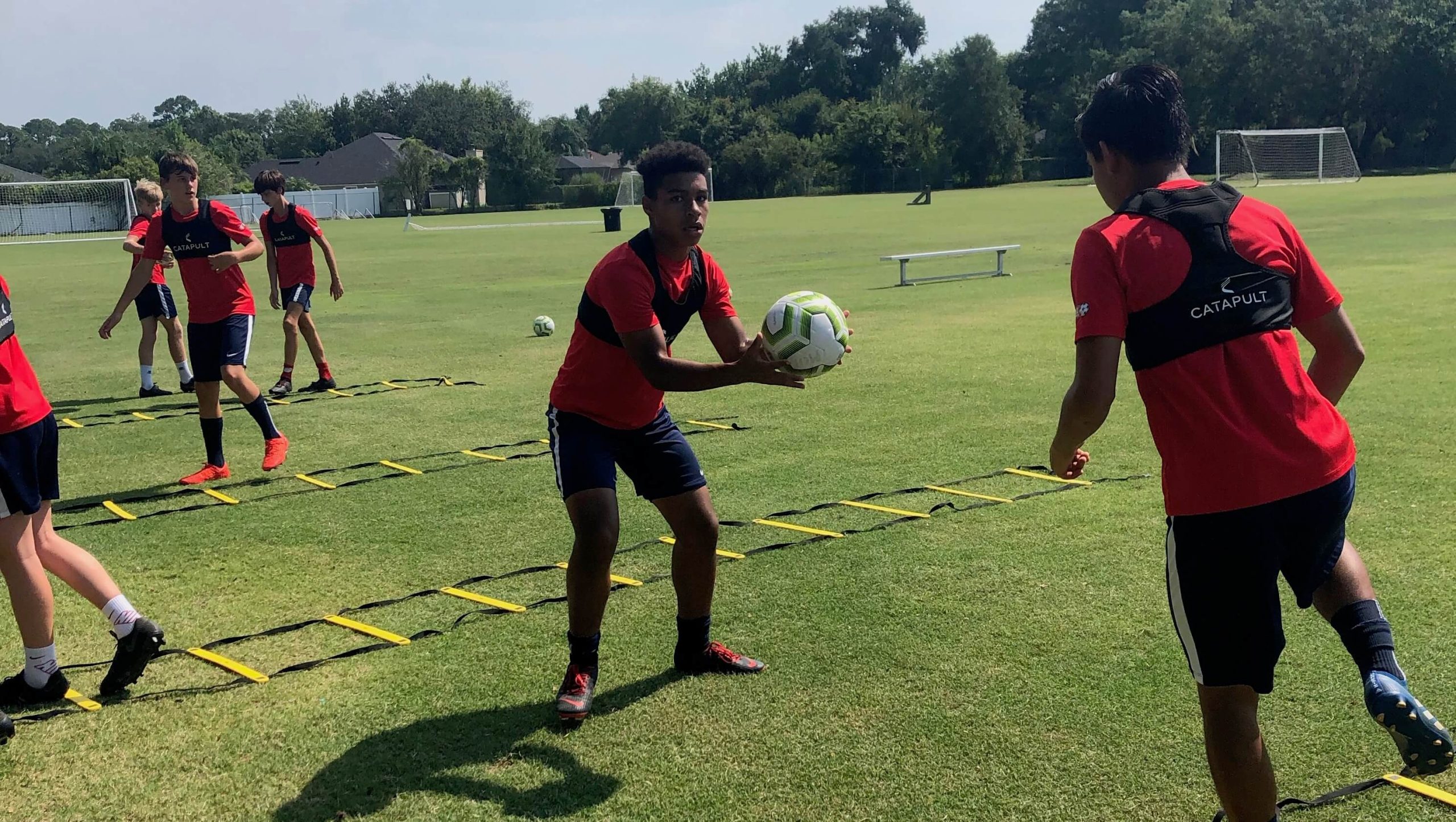 Catapult has revealed Catapult One to the public. A Fitbit-like device designed for soccer players; it provides amateurs with metrics comparable to those kept by professionals.

It has been almost 15 years since the firm began its well-known relationship with professional athletes and teams. According to a news statement issued by the company, its products are presently being used by more than 3,200 top teams across 137 countries. These are wearable devices that assist in optimizing performance, reducing the danger of injury, and quantifying the procedures for returning to play.

In contrast to some of its rivals, Catapult has not made its athlete monitoring equipment accessible to non-professional athletes. It was only open to athletes competing at a professional level. But now we have Catapult One, a gadget that is designed for those of us who are not leaders.

The Catapult One is a vest-mounted gadget that resembles a pod and is similar to several of the company’s other pieces of equipment. A GPS tracker with a 10Hz update rate and a few more sensors may be found within the device. The combination of these factors gives information that players may use to monitor, analyze, and improve their performance while they are competing on the field.

You can expect to get ten times the amount of data that you would get from a high-end wristwatch through the application and web-based dashboard. The numbers that you can anticipate receiving include sprint distance, acceleration, and intensity. All of these statistics are intended to be analogous to the information that is accessible to professional athletes.

Catapult One was developed with both solo and cooperative play in mind from the beginning. The information may be used by the coaches in order to make strategic choices and reduce the danger of player injury. You could even simply strap it on and then examine the statistics after the game or practice from the convenience of your own living room.

The fact that the gadget may be used for other sports in addition to soccer is one of its unique selling points. Tracking one’s performance may be beneficial for athletes participating in a variety of sports, including American football, rugby, field hockey, cricket, lacrosse, tennis, and Australian rules football. It is reasonable to assume that they come with their very own measurements.

You may buy the wearable by visiting one.catapultsports.com to make your purchase. The bad news is that this is not a one-time expense. In addition to the purchase of the kit, which is $34.00, you will also be required to pay a membership fee, which begins at $15.99 every month. If you choose the yearly membership for $179, you will receive a free kit; thus, choosing that option will result in some sort of savings.