Comparing the Garmin Vivoactive 4 and the Venu 2, which one is better for you? 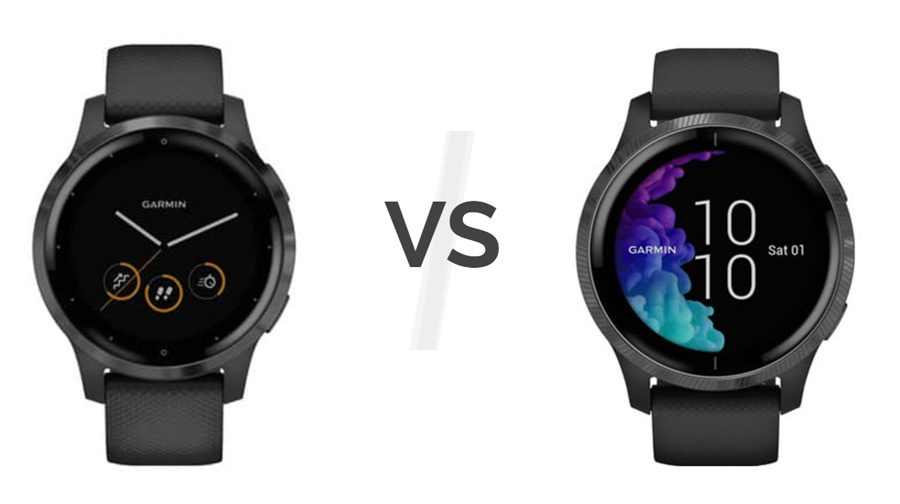 The Garmin Vivoactive 4 vs. the Venu 2: Comparison of Features and Design

Newer generations offer a variety of sizes to choose from

The Venu range has a significantly superior display

More features are included in Venu 2

The multifunctional Vivoactive range is Garmin’s response to wearables such as the Apple Watch and Fitbit, among others. Another option is the Garmin Venu, which is a device with a more luxurious appearance, a larger price tag, and nearly identical specifications to its competitor.

It’s possible that you’re curious about the specifics of the differences between the Garmin Vivoactive 4 and the Garmin Venu. The first one has been available for purchase for nearly two years, and the second one, known as Venu 2, has recently been upgraded to its most recent version. The following is an overview of the similarities and differences between the two options, which should help you decide which one is best for you.

The Garmin Vivoactive 4 vs. the Venu 2: Comparison of Features and Design

Newer generations offer a variety of sizes to choose from

Since its introduction at IFA 2019 in Berlin, the fourth iteration of Vivoactive has proven to be a successful seller of the product. The product has a number of useful improvements over its predecessor, the most important of which is the fact that it is available in two different sizes.

The case of the large model measures 45 millimeters and is made of stainless steel, while the case of the smaller model measures 40 millimeters. The 43mm format is the only one that was offered for the predecessor. The Vivoactive 4 is superior because it enables individuals with smaller wrists to select something that won’t look too bulky on their wrists. Additionally, this product is largely regarded as a unisex device.

Another change that has been made to the design is that there are now two physical buttons on the right side, whereas there were only one previously. The touchscreen is a wonderful feature. However, it is nearly impossible to use when your fingers are wet or when you are sweating. The addition of a second physical button ought to remedy this particular issue.

Garmin is taking a similar approach with their Venu product line. The most recent model offers users the choice between two sizes, whereas the model before was only available in a 43-millimeter iteration.

The Venu range has a significantly superior display

Even though the available sizes are the same as those of other brands, Venu watches have something that sets them apart from the competition. They are the only wearable products offered by Garmin that feature an AMOLED screen.

This enables a high level of clarity to be achieved both inside and outside. On the large Venu 2, the resolution measures 416 by 416 pixels, which is significantly higher than what you’ll find on the Vivoactive 4 or the Vivoactive 3. The detailed specifications are listed in the table that follows.

When it comes to sensors, the Venu and Vivoactive products’ ranges are not very different. Both the Vivoactive 4 and the original Venu have the same capabilities in this regard.

Having said that, the most recent Venu 2 is light years ahead of its predecessor. This means that it comes with upgrades in the form of the most recent technology for measuring heart rate (4th generation Elevate sensor). The other enhancement is an expansion of the available space for music storage. When the Vivoactive 5 finally sees the light of day, this could very well be a clue as to what we can anticipate from it.

However, there is a significant distinction between the two. Always active, the transflective memory-in-pixel display can be found on the Vivoactive. The colors are not very vibrant, which is a significant drawback. The battery life estimates for the Venu 2 shown above do not consider the always-on mode. When you change this setting, the amount of battery life you get is cut by more than half.

Both the Garmin Venu 2 and the Garmin Vivoactive 4 are detailed in the following comparison table. In the interest of thoroughness, we have also incorporated the prior generations, namely Venu and Vivoactive 3.

If you’re searching for a smartwatch that packs a lot of health and fitness features, you can’t go wrong with any of these options. All of them will take care of you around the clock and be able to monitor a wide variety of sports for you. So, without further ado, let’s get right into the differences.

This section is going to be fairly brief because there aren’t that many features that aren’t shared by all of these watches. As a result, there won’t be too many differences between them.

There is no difference between the Vivoactive 4 and the Venu. You won’t find any differences in the functionality even if you look for them, so don’t bother. However, in comparison to the previous iteration of the Vivoactive 3, the Duo comes with a few additional features.

These smartwatches provide readings of your pulse oxygen level and an estimate of your respiration. The first method is performed manually and is done primarily at night, though readings can also be taken at any time during the day. The second component is performed continuously.

The Body Battery function is included with the Vivoactive 4/4s and the Venu as well. The amount of rest you’ve had and the amount of activity you’ve done will tell you when to go all out and when to take it easy.

The inclusion of Yoga workouts, Pilates workouts, and on-screen workout animations are two additional distinguishing features of this program. In addition, the heart rate sensor has been upgraded so that it can now monitor a person’s heart rate while they are underwater.

More features are included in Venu 2

The Venu 2 includes a few additional goodies in its package. The next iteration of the heart rate sensor ought to guarantee improved levels of precision. Additionally, it helps to improve the sleep tracking algorithms, which are now based on Firstbeat.

The Fitness Age feature, which provides information about how old your body is, and the Health Snapshot feature, are two other additions (a 2-minute test that captures information on heart rate, heart rate variability, blood oxygen, respiration, and stress). There are also additional sports modes and other features that are geared toward the people who frequent gyms.

When it comes to keeping tabs on your activities, the following is a rundown of the various variances.

The Vivoactive family of activity trackers is like a “Swiss Army Knife” for your wrist. It is a device that has a design that is appealing to both men and women in equal measure. More personalization choices have been made available with the release of a variety of sizes with the fourth generation. The Venu collection now offers the same selection of sizes to choose from.

The two watches are differentiated primarily by the level of craftsmanship seen in their respective designs. The display on the Vivoactives is a transflective MIP, while the display on the Venus is an AMOLED of significantly superior quality.

The lifespan of the battery used to be compromised. On the other hand, Garmin has significantly improved upon that with the Venu 2 device. Other improvements included in this iteration are a heart rate sensor that is more accurate, an increase in the amount of space available for music storage, and some new health insights that are based on the software.

The disparity in prices is an essential aspect to take into account. The Vivoactive 4 retails for $350, but discounts of $80–$90 are frequently available online. The cost of the Venu 2 is significantly higher at $400. The alternative choice is to go with the very first Venu, which currently costs the same as the Vivoactive 4.

The Vivoactive 4 is the best option to go with if you don’t mind the screen having a lower quality. Because the screen gets brighter and is easier to read in the sunlight, it is especially helpful for use during activities that take place outside. The Venu 2 is for those who are looking for a smartwatch that is more comparable to the Apple Watch and features the most cutting-edge technology currently available.