Competitors for the Samsung Galaxy Active 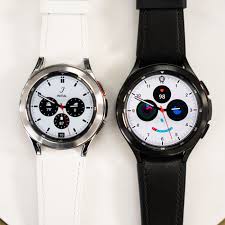 Keep track of your workouts with your phone

The pricing of the Galaxy Active, which was introduced by Samsung in July of this year and marketed as a more affordable alternative to the Galaxy watch released the previous year, is one-half that of the Apple Watch Series 4 and is more in line with the price of the Fitbit Versa.

Samsung has developed a watch that has all of the necessary functions, but it costs only one-half as much as the watches produced by its immediate competitors. But does it actually present users with a situation in which they can come out on top? Let’s have a look.

If you’re already familiar with the Samsung Galaxy Watch, you probably won’t find the Active to have all that many surprises when you first look at it. It still has a round face, but the revolving bezel formerly included has been removed. The rotating bezel provided an additional level of precision while moving around within the applications. However, the absence of this feature has allowed the Active to become approximately 20 percent more compact and approximately 60 percent lighter than its predecessor. This will be a relief for individuals who find other watches cumbersome and unwieldy when engaging in physical activity.

A smaller watch necessarily comes with a smaller screen, but Samsung has not compromised when it comes to the resolution of the display. It has a resolution of AMOLED 360 by 360, which is higher than, for example, the resolution of the Fitbit Versa; however, you may not notice this difference unless you look at both devices side by side. You can also choose from a selection of watch faces provided by third-party companies to personalize your watch in just the way you desire.

Simple to operate, packed with various fitness functions, and offering a wealth of tracking possibilities

The navigation system consists of two buttons and a touch screen, and while it is not difficult to use, the bezel’s absence made the navigation system more accurate. The watch displays daily activities, such as standing and movement goals, in addition to exercise. As the day progresses and you make progress toward your objectives, its three heart-shaped compartments get increasingly full. Some customers have claimed that it takes longer for the watch to recognize an elevated heart rate and that it does not update as regularly as other watches. However, this is not likely to be a deal breaker for the majority of users.

If you sit still for an extended amount of time, you will receive a notification and be prompted to get up and move around. The watch will assume that your levels of stress have increased if it detects an increase in your heart rate even while you are not moving. In order to help you better control your stress, the watch will guide you through several breathing exercises. You and your friends can take part in a friendly competition to see who can achieve the most goals and complete the most challenges when you share your activity with them.

Keep track of your workouts with your phone

The Blood Pressure Tracker on the Samsung Galaxy Watch Active is an intriguing feature that the watch offers. However, to take advantage of this, you will first need to enroll in a research study and then complete a series of steps to utilize it in conjunction with a conventional blood pressure cuff. Although this is a fantastic idea, in theory, it makes you feel as if you are a participant in an experiment, and it requires a lot of effort for what it does. The Active comes in a variety of colors, and there are a lot of different strap options to choose from.

If you are still interested in comparing the Active, we have outlined some of the benefits and drawbacks of the Samsung Galaxy Watch Active below, along with a table that compares it to some of the products that are in direct competition with it:

In conclusion, there are not plenty of distinctions to be made when it comes to the characteristics and quality of the products. The Galaxy Active comes out on top for us because, to its price point, it provides all of the necessary features in a watch that is not only comfortable but also more inexpensive.