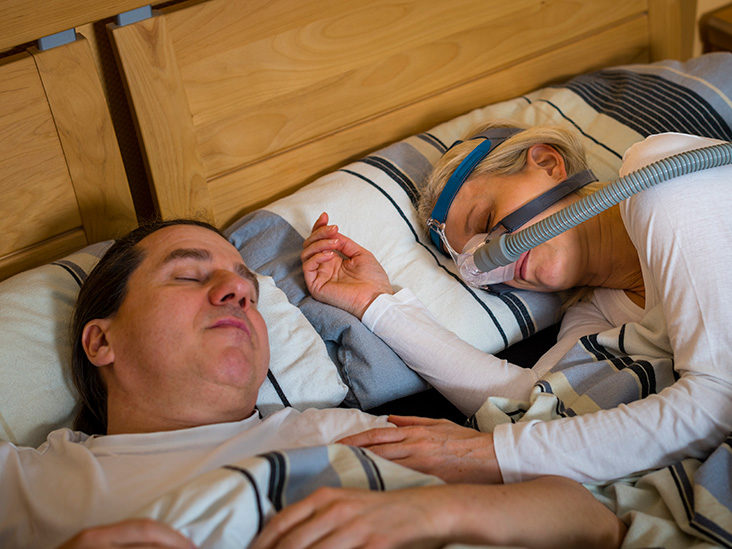 Apnea during Sleep: What Is It?

The following are some of the consequences that can arise from not getting enough sleep due to sleep apnea:

How Do Doctors Determine If Someone Has Sleep Apnea?

It is estimated that over 100 million people worldwide suffer from a sleep disease known as sleep apnea. According to some estimations, men are more likely to be diagnosed with sleep apnea than women, both when it comes to monitoring the condition and getting a diagnosis. In the United States of America, it is estimated that between 3 and 7 percent of males and between 2 and 5 percent of females currently have sleep apnea, either diagnosed or undiagnosed.

In most cases, sleep apnea does not threaten a person’s life. On the other hand, sleep apnea is associated with a reduction in sleep quality. A poor night’s sleep can hurt a person’s daytime activities, such as making it difficult to concentrate on their work, properly exercise, or even change their eating patterns.

The accurate diagnosis and ongoing monitoring of sleep apnea are becoming increasingly important. Consumers now have access to a vast selection of different sleep monitoring equipment. Everything from intelligent pillows and nightstand devices to smartwatches with programs explicitly built to track sleeping patterns and even rings that the user wears while sleeping.

Apnea during Sleep: What Is It?

OSA, also known as obstructive sleep apnea, is one of the many subtypes of sleep apnea. However, it is one of the most commonly diagnosed forms. The condition known as sleep apnea occurs when a person repeatedly stops breathing while they are asleep. It might just continue for one or two seconds, but other times it might go on for a considerably more extended period of time. This might take place dozens of times throughout the course of the night. It is unknown what exactly triggers sleep apnea in a person’s life. However, people who have been diagnosed with sleep apnea typically exhibit a number of the same symptoms.

The signs and symptoms of sleep apnea might sometimes wake other people up. People who suffer from sleep apnea typically have a very loud snoring habit. They might cease breathing for extended periods of time, and when they do start breathing again, they might have trouble catching their breath. It is also usual to experience choking, coughing, and loud snorting.

People who have been diagnosed with sleep apnea could exhibit some physical symptoms if they stop breathing. People who have sleep apnea frequently do not get enough deep sleep or REM sleep, which is the stage of sleep during which the body accomplishes the majority of its regenerating and repairing. This results in their waking up multiple times throughout the night, which ultimately disrupts their typical sleep pattern.

The following are some of the consequences that can arise from not getting enough sleep due to sleep apnea:

In some countries, such as the United Kingdom and Canada, it is mandatory to inform the local department of motor vehicles of a diagnosis of sleep apnea. In order to comply with the requirements in the United States, motorists are required to disclose any medical conditions that might impair their ability to operate a vehicle safely.

How Do Doctors Determine If Someone Has Sleep Apnea?

If you go to the doctor’s office and they have a suspicion that you have sleep apnea, they might suggest that you get a polysomnographic examination done. You will need to spend the night at a sleep clinic specializing in apnea treatment in order to be diagnosed with and monitored for the condition.

A variety of information is tracked and monitored via sensors and monitors that are attached to the patient. The video recording gives the physician the ability to see in minute detail what takes place while the patient is unconscious. The rate of the heartbeat, the rate of respiration, the pace of breathing, the activity of the brainwaves, the blood oxygen saturation, and the body’s mobility are all evaluated. These findings make it possible to diagnose sleep apnea and monitor patients in order to establish the most appropriate next steps.

But what if neither you nor your partner is absolutely sure that you have sleep apnea? Investing in a wearable electronic device like a smart watch or ring provides a convenient and straightforward option.

There are specialized sleep monitoring applications that you can download on your smartphone that can also detect sleep apnea symptoms. These tools do not provide as precise results as clinical polysomnography would. On the other hand, they are able to provide a reliable indication of a diagnosis. In many models, the heart rate and breathing rate sensors and the Sp02 monitors are identical to those seen in clinical environments.

Have you been told that you need to monitor your sleeping habits since you have been diagnosed with sleep apnea? A variety of sleep tracking devices and mobile apps can be of assistance, whether it be with the initial diagnosis or with continuous tracking and analysis.

Although there are some brands whose sole purpose is to monitor sleep apnea, a large number of well-known brand names are capable of accomplishing the same thing. Wearables equipped with smartwatches allow users to make phone calls and listen to music, but they can also successfully measure sleep.

Both the Vivoactive/Vivosmart line as well as the Forerunner models have been updated to incorporate this new technology from Garmin. To evaluate whether or not the user suffers from sleep apnea, it analyses the data regarding the user’s heart rate and blood oxygen level to create an algorithm.

Another product that has seen significant development over the past few years is the Fitbit. They can depict the different stages of sleep using the data that was acquired from oxygen levels and heart rate. These stages include light, deep, and REM sleep. This information reveals how long you have slept as well as any possible physical reactions you may have experienced while you were asleep.

The Chinese company Xiaomi makes use of a variety of sensors to assist in monitoring sleep patterns. Users of Xiaomi’s new Mi Band 5 and Mi Band 6 may now utilize the accompanying Mi app to monitor their nocturnal activities. In addition to that, it offers advice on how to have a better night’s rest.

In 2017, researchers at the University of California gave Apple Watches an effectiveness rating of 90 percent when it came to diagnosing sleep apnea. Therefore, we can anticipate that the results will be even more accurate after five years because the algorithms have been upgraded. With watchOS 7, all Apple Watches starting with the Series 3 and in the future, can monitor sleep patterns and communicate the data to a linked smartphone or tablet. This capability was introduced with the Apple Watch Series 3.