Not news to anyone that Google is a gigantic company. Owner of countless products and services that are used by millions of people every day, the company needs a true battalion of machines and people to handle all the demands of its customers.

But how big is the structure that sustains the entire ecosystem of the search giant? In this article, we’ll explore the monstrous network of servers that Google uses to manage all of its products and services, as well as control much of the internet. Ready for this amazing trip?

Headquartered in Mountain View, California (United States), Google was founded by the duo Larry Page and Sergey Brin in 1998. From the beginning, the company’s stated aim has always been “to organize world information and make it universally accessible and useful”.

During its more than 17 years of life, Google has been responsible for several products that are now part of our daily digital life. Others, however, have been forgotten by time, but have had great relevance in the past. Among the most important, we can mention Gmail, Google Search, YouTube, Google Chrome, Blogger, Orkut (discontinued), Google Maps, Google Translate, the Nexus device line, Google+ and the operating system Android.

Since mid-2015, Google has become part of a holding company called Alphabet, which groups many other companies under the same “umbrella”. Among the companies that are part of this network are Calico, Capital, Fiber, Google Inc. itself, Hooli (fictional company in the HBO series, which makes reference to Google), Life Sciences, Nest, Ventures and the X lab.

In its early years of life, Google was not a company that used to show its internal workings. Because of this, we had little access to the “guts” of the company that was already a reference in technology in the first years of the second millennium. However, everything started to change from 2009, when the Search Giant decided to open the doors to the world and show a little of its huge data centers.

That year, the company released one of the first videos that showed the operation of its servers based on containers, revealing a small part of its data empire. The statement came during a data center efficiency conference, at which Google demonstrated details of the practices used to better achieve the power and cooling use of its machines. Unlike what happens with other big technology companies, it is Google itself that designs and builds its servers.

To get a sense of the magnitude of this company’s structure, in 2010 it revealed that it had more than 1 million servers spread across thousands of data centers around the globe. These more than 3 million supercomputers were able to process – at that time – more than 1 billion search requesters and 20 petabytes of data generated by users every day. Now imagine how much this structure did not need to grow in order to keep up with today’s demand.

In 2012, Google took another giant step towards transparency by releasing the “entrance” into one of the largest data centers the company has. The virtual tour through Google Street View was in news and allowed anyone in the world to take a walk inside the Lenoir data center, in the state of North Carolina (United States).

Along with the virtual tour – which you can follow through this link -, Google also released a video showing this big step towards transparency. From the network room to the cooling towers outside the main facilities, users were able (and still can) explore the different areas of a data center on a virtually guided tour.

Where does the internet live?

Google’s efforts to reveal how the entire gigantic structure that practically accommodates the internet that we use every day works went further. A page specially developed by the company shows details about the eight main data centers around the world. Check it out below:

“Here, in Berkeley County, we try to give back to the community with more than jobs. We invested over half a million dollars in local schools and nonprofits and installed free WiFi in central Goose Creek. In June 2012, we hosted Google fest near Charleston to help nonprofits, small businesses and educators use the full range of Google tools. ”

“We always try to improve the way we manage our data centers looking for innovations in efficiency and quality control. Here in Council Bluffs, Iowa, we find a way to use renewable energy by purchasing electricity from a nearby wind farm. This helps support environmental initiatives. and reduce our overall footprint. ”

“Here, between Oregon’s rolling hills, snow-capped peaks and the Columbia River, we make Google products and services available worldwide. The data center location in The Dalles was chosen for its mild climate and access to hydropower. Our team continued this ecological thinking and started a community garden in a corner of the land. ”

“Google has been working for years to optimize our data center designs while minimizing environmental impact. A good example of this is at the facilities in Douglas County, Georgia, where we built a water processing plant and a water treatment plant. to ensure that our consumption does not take drinking water from the local community. ”

“We had the incredible opportunity to recover an old paper mill in Hamina, Finland, and use the existing infrastructure to build a data center. The large plot faces the beautiful Baltic Sea and can use seawater without treatment, driven by a pre-existing tunnel, to cool our servers naturally. After the cooling process, we dissipate the remaining heat and mix it with more seawater before using it for cooling again. ”

“One of the reasons why Google chose the city of Lenoir, North Carolina, was because of its roots as an industrial city in the furniture industry. Since the furniture factories used a lot of electricity, we were able to reuse much of the existing energy infrastructure. Lenoir is now home to the internet, but also to the employees of our data center, so we donate over $ 350,000 in grants and provide over 2 million in free advertising to local nonprofits. We also invest in a variety of initiatives environmental concerns, including a project to transform pig waste into renewable energy. ”

“At our data center in Pryor, Oklahoma, we have created strong ties with the Cherokee community. We have generated over 100 jobs and donated to local schools to help them improve their equipment and keep students above average.”

“Our data center in Belgium is famous for being the first to operate without water coolers. That’s because we were able to use the climate to cool water without electricity in a process called” free cooling “. In addition, the center St. Ghislain has a water purification station that allows water from a nearby industrial channel to be used instead of the city’s water supply. ”

Far from understanding everything

While Google tries in every way to show the world the magnitude of its gigantic structure, we will probably never be able to show – and understand – the true size of this company. There is no doubt that it is one of the largest companies in the technology sector, and today we have come to understand a little better how it works. 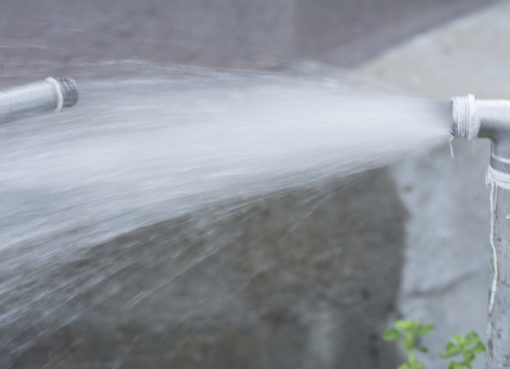 5 Tips to Protect Your Cables From Moisture

We all pay attention to climate change, but have you ever wondered what impact this could have on your IT system? Rarely does the winter month pass when Technical Support Teams does not receive inquir
Read More 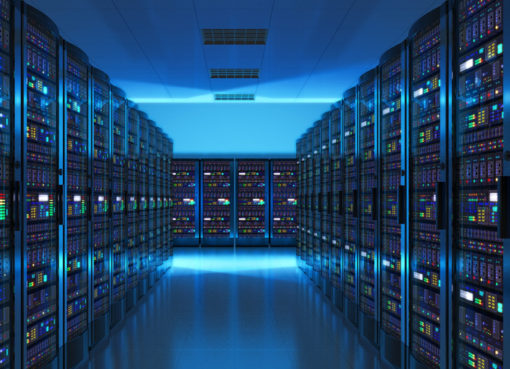 What is a Data Center and Why is it so Needed?

Data center is still a rare concept for a lot of companies around the world. And if his role does not cause questions among IT experts, then from managers to owners of companies in other areas a lot o
Read More 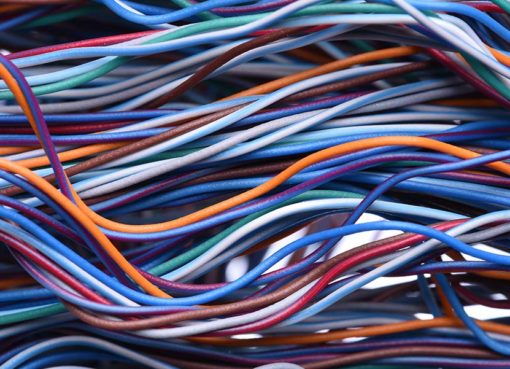 What Does U/FTP or F/UTP Means and What is the Difference?

What does the combination of letters F/UTP or U/FTP mean? Acronyms are common in the structured cabling world, but what do they mean and what's the difference between them? F/UTP stands for: fo
Read More