During your workout, you may use the new app from Garmin to keep track of the air quality 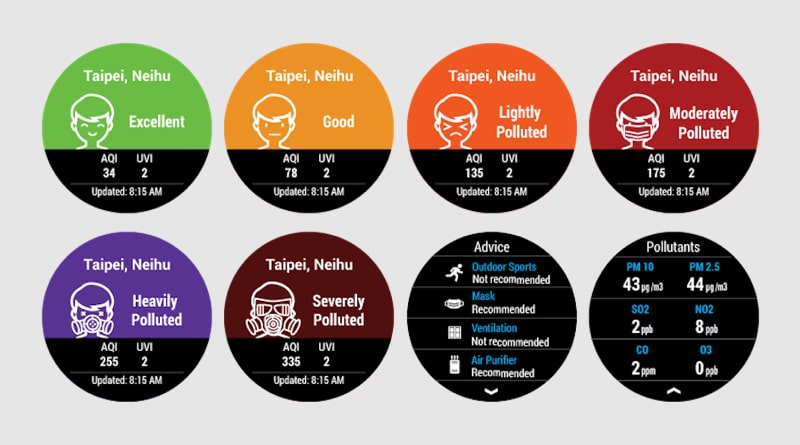 We normally operate on the assumption that physical activity is beneficial to our health. This might not always be the case. Especially if you happen to call a city or town your home.

A recent study attempted to quantify the consequences of air pollution in comparison to the positive aspects of riding a bike. It has come to light that pedaling for as little as half an hour in certain areas, such as Delhi in India and Zabol in Iran, might begin to have a negative impact on one’s health. The good news is that just one percent of the cities in the world have such high levels of air pollution that the positive effects of physical activity would be overwhelmed by the bad effects of being exposed to such high levels of air pollution.

The research does not, however, take into consideration the sporadic increases in levels of air pollution that have been seen. For example, there was a dramatic increase in the level of pollution in London for a few days in January. To reach the point where riding is profitable again during this particular time period, it would take only 90 minutes of pedaling.

Garmin has developed a solution to the problem that arises from the fact that your fitness tracker does not contain sensors that would enable you to monitor the levels of air pollution from your wrist. The newly released Garmin Air app gathers real-time data on UV radiation and air pollution from the monitoring station that is geographically closest to the user. This includes about 4,000 stations that measure air quality and 1,500 stations that measure ultraviolet radiation across the United States, China, Taiwan, and Japan, respectively.

Live monitoring of six important pollutants, including PM2.5, PM10, O3, SO2, NO2, and CO, will be displayed on the face of your watch. You will be able to tell at a glance whether you are safe to continue your journey because the display will either show a happy face or a mask depending on the level of pollution in the surrounding area.

You also get basic recommendations on whether or not it is a good idea to go for that run and whether or not it would be better for you to wear a mask, as illustrated in the picture that is located above this one. The application can also be used inside.

The application is compatible with a wide variety of Garmin products and may be downloaded for free. You may get additional information at the Garmin Connect IQ store.