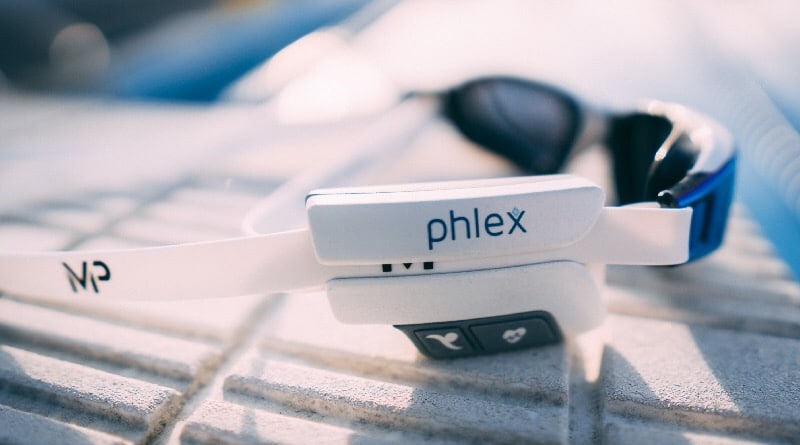 We have a lot of options when it comes to choosing a gadget to track our activities, calories, or sleep. However, the possibilities are significantly more limited when it comes to precise swim tracking.

A brand-new swim tracker called the Phlex EDGE just went live on Indiegogo. It was developed by a group of University of Florida swimmers and is supported by a number of professional athletes, notably Dara Torres, a former world record holder and 12-time Olympic champion in swimming. There are many wearables designed for cycling and running; swimming has to catch up.

The wearable manufacturer chose a head-based design to avoid restricting your motions. EDGE is practically undetectable when worn and glides over normal swim goggle straps with ease. You only need to insert your Goggle strap and turn on the wearable to be ready.

Stats nerds will be at home here. When you switch between zones, EDGE vibrates to alert you and delivers real-time information on heart rate. Additionally, there are more than 30 swimming metrics available through advanced stroke and workout analysis.

Data on distance, calories, pace, stroke, cadence, exercise dynamics, heart rate, kicks off wall, SWOLF, distance per stroke, and endurance zones are included. The Phlex Swim cloud-based dashboard and the iOS and Android apps both have all of this information. You also receive suggestions, personalized goals, professional coaching, and social tournaments.

The device will eventually learn the swimmer’s workout regimen, sets, strokes, and intervals thanks to clever algorithms. Even in strokes, it will be able to detect inefficiencies and won’t be afraid to point them out.

If EDGE is to become a reality, it must raise $40,000. This shouldn’t cause any issues. With a month left in the campaign, it is already more than halfway there after only four days. The price of the device is $199, and delivery is planned for November.