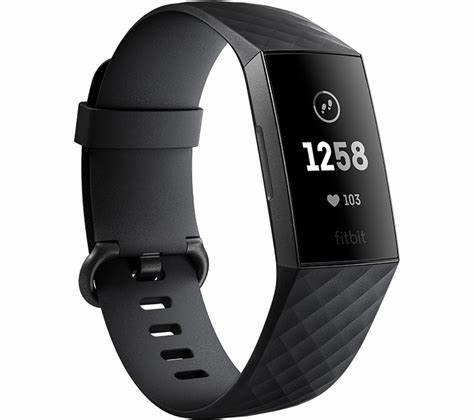 The folks at Android Authority have obtained images of the upcoming Fitbit Charge 3 as well as the product’s complete technical specifications. The product will most likely be introduced at the IFA trade show in Berlin in a few weeks. It features a touch-screen interface, NFC connectivity, and a battery life of seven days. However, there is no GPS built in.

Since the beginning of August, there have been a total of two leaks of this nature. The second one was taken from the website in Dutch known as Nieuwe Mobiel. And while the first leak was just photos, a source from Android Authority has revealed what are almost certainly going to be the final specs.

Let’s go right down to the meat of the matter. The ability to be submerged in water is the most significant improvement over its predecessor. The Charge 3’s water resistance is rated at 5 ATMs, which, translated into English, indicates that it may be submerged to depths of up to 50 meters. It appears that we are now able to include swimming in the list of activities that the band may keep score on.

The second significant alteration has to do with the design. The Charge 3 does away with the little screen and the physical button on the left, replacing them with a bigger display that is controlled by touch.

Quick Replies are reportedly something that will be included on the device in the near future, as reported by Android Authority. This is now feasible as a result of an increase in available screen real estate. Users will be able to send brief messages to one another whenever they receive a phone call or text message thanks to this function. At the debut, just like on the Versa and the Ionic, this would only be accessible to subscribers of Android-based devices.

There will be a limited edition of the Charge 3 that will be sold for a higher price and come pre-installed with an NFC chip for making payments wirelessly. The same thing has been done by Fitbit with the Versa, and the company has released devices with and without NFC.

Aside from the aforementioned, it appears that the Charge 3 will come equipped with virtually the same fitness monitoring sensors as its forerunner. This implies that it will keep track of the standard things like steps, calories, distance, floors, and sleep, in addition to other things. We thought the company would be able to keep track of stress levels 24 hours a day, 7 days a week, but it looks like that won’t be the case.

Those who were hoping for an integrated GPS will be quite disappointed. The forthcoming product will only have linked GPS, which is a nice way of saying that it will use your mobile phone as a conduit to get the satellite signal. It is likely that Fitbit has done this in order to keep the price low.

However, the battery capacity is not the same for both models, even though the fitness monitoring sensors are the same. The newest addition to the Charge family of products has a battery life that can last for up to seven days on a full charge. This is approximately two days faster than its predecessor.

We anticipate receiving a sizable inventory of interchangeable straps, the likes of which will include dust and plastic. Above you may see a white strap with perforations that looks quite similar to the Nike+ band that comes with the Apple Watch.

In terms of a possible price, we came across a prominent retailer in Canada that briefly listed the tracker on their website before swiftly removing it. The listing had a starting price of 199 Canadian dollars on it before it was removed. This comes out to approximately $150 US dollars, which indicates that it will have the same price point that its predecessor had when it is released.