For people over the age of 60, the benefits of exercise are nullified by air pollution 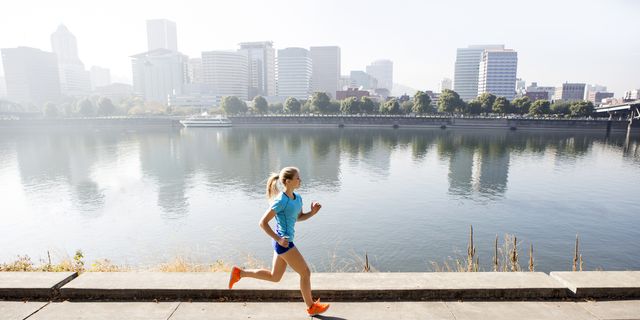 It is commonly believed that going for a walk is one of the most effective ways for older people to get exercise. However, recent research demonstrates that this is not the case if you are strolling along one of London’s most well-known routes.

According to a study that was funded by the British Heart Foundation (BHF), if you are over the age of 60, the favorable effects of walking in built-up areas like London’s busy Oxford Street are canceled out by the detrimental consequences of breathing in polluted air. This study was conducted in London. And pollution, including black carbon, nitrogen oxide, and tiny particulate matter from diesel engines, is especially harmful if you have a problem with your heart or if you have a chronic lung ailment.

It would appear that even brief contact with polluted air is sufficient to nullify the positive effects of aerobic exercise. Researchers from Imperial College London and Duke University in North Carolina recruited 119 elderly volunteers to walk for two hours in Hyde Park and along a bustling area of Oxford Street as part of their study.

Within the first hour of walking in Hyde Park, those participants showed an improvement in their lung capacity and a decrease in the stiffness of their artery walls, according to the findings that were published in The Lancet on December 5th. On the other hand, those who walked along Oxford Street experienced very little, if any, positive effects on their health. It is important to keep in mind that stress might be responsible for some of the physiological variations that were observed in the two different environments.

Previous studies conducted by the British Heart Foundation (BHF) have demonstrated that an increased risk of heart attack and stroke is associated with inhaling large quantities of dirty air. Furthermore, if you already have heart failure or atrial fibrillation, breathing in poor air may make your condition much more severe.

“Every year, air pollution is responsible for around 40,000 premature deaths in the United Kingdom, and the full scope of the damage it causes to our cardiovascular health is becoming more apparent as time goes on.” According to Simon Gillespie, chief executive of the British Heart Foundation (BHF), “it seems alarming levels of air pollution could be erasing the advantages of exercise in older people.” Exercise is essential to lowering the risk of having a heart attack or stroke, but

When exercising, it is preferable to avoid highly polluted locations and instead choose to do it in open spaces or even back alleys, both of which have lower levels of pollution. This will ensure that you are able to reap all of the benefits that exercise has to offer.”

The Mayor of London, Sadiq Khan, has stated that he intends to make reducing air pollution one of his primary focuses. In order to achieve this goal, toxic air sensors will be installed as part of a new pollution trial in up to one thousand hotspots located around London.