Fossil versus Skagen; Who Does Better? 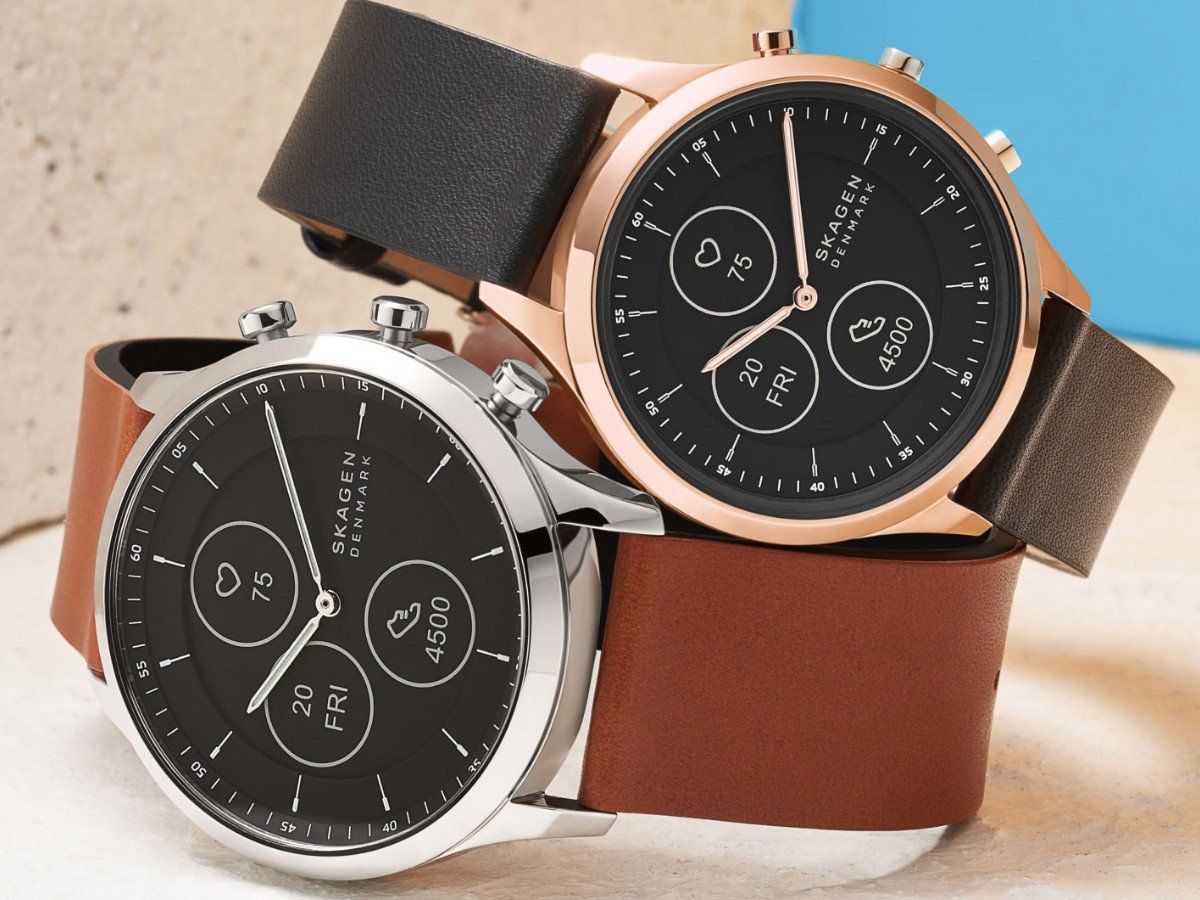 Even though more of us use our smartphones to keep time, watches are still a significant industry. The industry has adapted to the rise of smartphones and the shift to a more digital lifestyle. The smartwatch has arrived.

Apple Watch and Samsung are likely to be more known to some of us. Other competitors on the market, like Skagen and Fossil, provide competitive alternatives. Skagen and Fossil, unlike the smartphone behemoths, began as traditional watch companies before branching out into the smartwatch industry. Skagen is, and has been, a division of Fossil since 2012.

Fossil is recognised for more than simply watches. It is a style brand that offers a variety of things with the Fossil emblem on them. The business, on the other hand, has built a solid reputation for producing attractive and effective timepieces. Michael Kors, Diesel, and BMW have all collaborated with Fossil to create their unique watches.

Tom Kartosis developed Fossil in 1984 to capitalise on the expanding fashion watch industry. He created his empire on the back of a business strategy brought to his notice by his brother: the growing trend of importing products mostly from The East, particularly watches.

Fossil’s first contribution to the watch industry was a line of retro-styled fashion timepieces. Fossil’s watch collection now comprises both fashionable and functional components. Except for a few Swiss quartz watches, the majority of its timepieces are powered by Japanese quartz movements.

Henrik and Charlotte Jorst, a husband and wife team, created Skagen. Who, while being Danish, did not establish the firm until they came to the United States in 1987. Skagen began manufacturing in 1989, but their expertise was not recognised until they displayed some timepieces at a business expo in 1991. As a result of the excellent response to their watches, the married couple decided to sell their products to a wider market, and Skagen-Denmark became an up-and-coming watch company.

Skagen’s brand reputation grew throughout the 1990s. They expanded their market share throughout Europe and created a marketing centre in Hong Kong in 2007.

Skagen Designs Ltd was purchased by Fossil in 2012, and the firm has expanded over the years. With young people, the minimalist design has now become a famous choice.

Both Skagen and Fossil feature a line of wearable electronics in the shape of smartwatches in addition to their classic watch collections. Consumers may choose between an all-in smart wristwatch and a combination wristwatch from each manufacturer.

A smartwatch is a computerized timepiece that has additional capabilities such as a touchscreen. A smartwatch is similar to wearing a minicomputer on your wrist in many respects. Wearables on the marketplace nowadays are capable of a variety of functions. These features include activity monitoring and syncing to your smartphone so you never miss a call. With customised displays and removable bands, certain watches allow you to personalise your technical knowledge regularly. To provide management and telemetry, smartwatches need an application (i.e. sensor readings).

If you want your watches to appear like watches, with classic dials and arms, a fusion smartwatch is great. A hybrid smartwatch has some ‘smart’ functions. However, these devices don’t appear to be particularly technological, and they don’t require daily charging.

Skagen appears to have learned a few things since launching the Falster 2 model. In terms of reliability and ease of use, the Falster 3 is a significantly better wearable. The main difference between these two is the CPU type and display kind. The Falster 3 has a faster Snapdragon Wear 3100 CPU and more Memory (1GB memory and 8GB storage), making the Falster 2’s slowness and rendering concerns a distant memory. The Falster 3’s screen is also somewhat larger. The display is substantially better than the Falster 2? OLED, owing to the AMOLED display.

Both watches are identical in appearance, with the exception that the Falster 2 is sleeker and smaller. The Falster 3 is a decent 42mm thick. It fits comfortably on the wrist and comes in a variety of colours for the wearer to select from. Gunmetal mesh, brown leather, and blue silicone mesh are among them. The 22mm straps may be replaced as needed.

Skagen’s timepieces have a lot of traits in common. Both versions include a built-in Satellite, heart rate variability, and fitness tracking, and are waterproof. The fact that Falster 3 has a speaker is the major news here. As a result, you’ll be able to listen to your music without using a headset. Additionally, you can hear Google Assistant replies. Bluetooth calls may be made and received on the Falster 3. There’s also excellent news for iPhone owners, who can utilise iOS to make Bluetooth calls.

The Falster 3’s battery life has also been improved, with different modes that may be turned on and off as required depending on when the wearer wishes to recharge the monitor next. You may select between a stripped-down version (time only) or a version where you can choose and choose which features you want to keep (customer mode).

The Falster 3 is the watch to have if you truly want a Skagen watch, especially if you want high results and battery life. Again, if you’re willing to pay less and put up with the Falster 2’s lacklustre performance, you’ll still receive a good-looking smartwatch.

The Gen 5 is Fossil’s most recent model, and it’s a stunning timepiece. Fossil has produced a high-end timepiece that would look great on the wrist of any fashionista. In the launching of the Gen 5, Fossil, like Skagen, tried to address the shortcomings of its predecessors, including battery life and functionality. Similarly to Falster 3, Gen 5 includes the very same power modes menu.

The Sport is the thinnest of all Fossil watches in terms of design, with the Gen 5 and Gen 4 being somewhat heavier due to their stainless steel casings. The Sport model comes in a range of quirky colours with rubber bands, whereas the Gen 4 and Gen 5 feature suede and silicon strap choices. The Gen 5 is not Fossil’s largest watch - that honour belongs to the Gen 4 (45mm), but it is larger than the Sport (44mm).

The Gen 5 is the wristwatch to buy if money isn’t a problem and you want your timepiece to be fast and reliable. The Gen 5 has doubled the storage and RAM, and it runs on the newest Snapdragon 3100 wear processor, much as Skagen’s Falster 3. The Gen 5 has all of the same wearable health and fitness monitoring choices as its previous generations, except for the heart monitor, which has been upgraded.

If money isn’t an issue and you want a timepiece that is both speedy and trustworthy, the Gen 5 is the timepiece to have. The Gen 5 has twice the storage and RAM, and it, like Skagen’s Falster 3, is powered by Qualcomm’s latest Snapdragon 3100 wear processor. Excluding the heart monitor, which has been updated, the Gen 5 features all of the same wearable personal fitness monitoring options as prior versions.

If the choice were entirely based on watch specifications, there isn’t much to choose between the two companies, especially since their most recent models are nearly identical in terms of performance, storage, and battery life. Of course, Fossil offers a little bigger selection of wearable technology, with the Sport aimed at those of us who are more health-conscious.

A quick pricing check indicates that Skagen’s Falster 3 is now somewhat more costly than the Gen 5, but because the insides of both watches are essentially the same, we must go to the outside just to make a judgement, and the Gen 5 is clearly the victor on that front. The Gen 5 is a fashionable wristwatch to be proud of since it is sleek, fashionable, and classy.