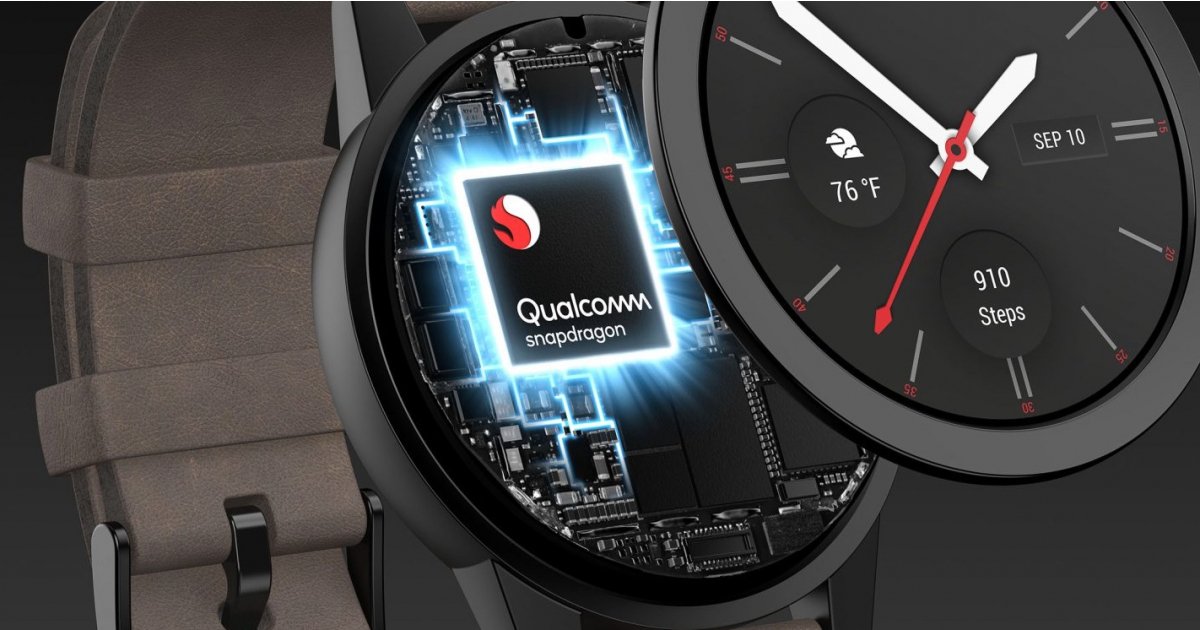 The Snapdragon Wear 4100/4100+ chip, which will power the next generation of smartwatches, was introduced today by Qualcomm.

The Snapdragon Wear 3100 is Qualcomm’s current wearable platform. Sports watch-focused improvements and enhanced always-on watch faces were all introduced in September 2018. However, the processor employed an old 28nm fabrication process and blended new technology with the same core design as a 2013 device.

The Snapdragon Wear 4100 and Snapdragon Wear 4100+ are two versions of the 2020 chip. Based on their 12nm manufacturing technology, both of these offer significant gains. The first is compatible with Google’s Wear OS and Android Open Source and has a new, super-fast System-on-Chip (SoC) as well as companion chips such as PMIC, RF for Modem/GPS, WiFi/BT, and RFFE.

All of the above is included in the higher-spec 4100+ version (with the exception of Android Open Source compatibility), as well as a clever Always On Co-Processor (QCC1110). This allows for more features in Watch mode, such as continuous heart rate monitoring and sleep, faster tilt-to-wake, step counting, alarms, timers, and haptics, all with little performance and battery drain. The number of colors is also increased to 64Ks thanks to the partitioned memory (from 16 colors).

It is needless to say, the speed increases over the previous generation are tremendous. The CPU and memory on the 4100+ are 85 percent faster, the GPU is 2.5 times faster, and the processor supports 16 megapixel cameras (compared to 8MP on the Qualcomm 3100).The 4G LTE mode has also been upgraded greatly.

The Snapdragon Wear 4100 from Qualcomm will power the next generation of wearables.

All of this translates to superior voice, video, images, music, messaging, health & fitness, sleep, and sports, as well as a 25% increase in battery life. What’s not to enjoy about this?

The Snapdragon Wear 4100 from Qualcomm will power the next generation of wearables.

It took a bit, but the 3100 platform finally has a good number of watches. For the 4100 chips, it appears that the wait will be shorter. Several wearable tech companies have already launched products that will use the new technology.

Imoo, for example, is one of these outfits. Its next-generation Z6 Ultra smartwatch, based on the Snapdragon Wear 4100, will be available next month, according to the company. Movoi is the other, more well-known brand. The Snapdragon Wear 4100 platform will power the company’s next-generation Tic Watch Pro. That one has yet to be given a release date.