Garmin is currently updating the software on the Forerunner 945, 745, and 245 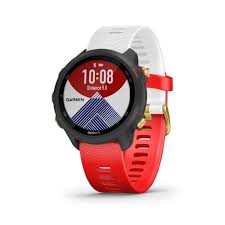 Updates available only for Forerunner 745 and 945

Updates available only for Forerunner 245/245 Music

Owners of the Garmin Forerunner 945, 745, and 245 will be pleased to hear this. Yesterday, Garmin issued a press release in which it said that it has officially put out a significant software upgrade for the three devices. The only version that was accessible was the beta version until quite recently.

It is important to note that the features are somewhat different from those described in the beta version’s change log. Therefore, it is reasonable to assume that Garmin has made some program adjustments before its release to the public. However, not by very much.

Trail Run VO2Max is a feature that was first featured on the Enduro and later added to the Fenix 6 through a software upgrade. It is a slightly modified version of Garmin’s VO2 max, which measures your degree of cardiovascular fitness and changes according to the terrain you are running on. It was hoped that the feature would eventually be implemented on other watches. Since then, it has.

Improved measurements for the body’s battery life are the result of a recent update to Garmin’s algorithms; before, the Venu 2 was the only watch to feature these updated figures. Because of these modifications, the Body Battery calculation now places greater importance on sleep. If you want to improve the metric, you should ensure that you have sufficient time to sleep. It is my sincere hope that this adjustment will assist in making the figure more representative of your current status.

A change has been made to the algorithm that will affect intensity minutes. This change is intended to make this metric more accurate.

When you save an exercise, a new prompt will popup asking about your perceived effort rate, you will need to turn it on by heading to the [Activity] Settings menu and selecting the Self Evaluation option for the available choices. Before you can save the activity, you will be prompted to provide a rating for your level of effort using a rotary scale ranging from zero to ten. These are your own personal opinions and ratings. After that, the measure will be included in the exercise stats that are displayed on your Forerunner.

Updates available only for Forerunner 745 and 945

A more accurate method of measuring one’s sleep and a sleeping widget that uses Firstbeat’s algorithm are both referred to as the Sleep Score. This function was first seen on Garmin’s Fenix 6 watch about a year ago, and it has now made its way into more recent models of the company’s watches.

Enhanced fitness age: This statistic has been modified to provide a higher level of precision. Your chronological age, level of exercise, heart rate at rest, and body mass index (BMI) or percentage of body fat are all taken into consideration.

Updates available only for Forerunner 245/245 Music

Workouts That Should Be Done Every Day: The 245 entails receiving recommendations for your workouts based on your recovery status, training background, and overall wellness data.

According to Garmin, the software update has begun to be sent to users. If you cannot view it on your watch, you will likely do so very soon.