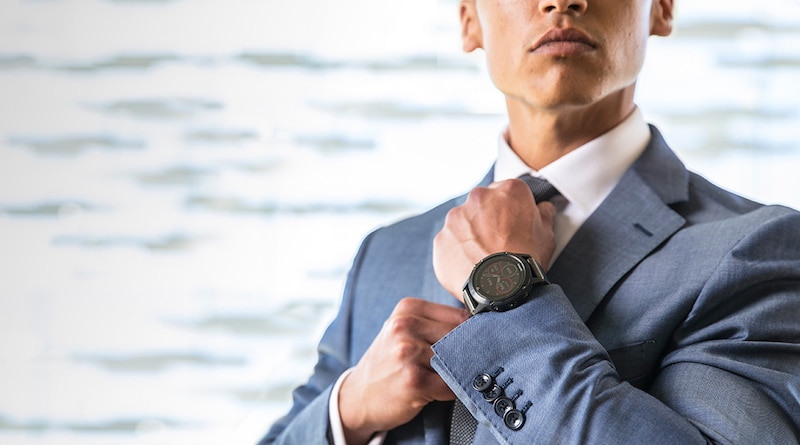 Both the Forerunner 935 and the Fenix 5 are already pretty feature-packed devices, but in the coming weeks, they will both receive updates that make them even more impressive.

Garmin’s statement that it will enable its high-end devices to measure stress levels throughout the day, workout monitoring in the gym, and other activities was made during IFA in Germany, but it was buried among all the other headlines surrounding the event. This means that Garmin is slowly setting up its Forerunner 935 and Fenix 5 lines to be used as fitness monitors around the clock, just as they are the best at tracking sports performance.

These are the same features that were presented for the first time on the Vivosmart 3 back in April. The functionality will additionally be accessible on Garmin’s newly released trio of Vivo devices.

The announcement comes a little more than a week before the anticipated release of the third-generation Apple Watch. New health sensors, a cellular connection, a front-facing FaceTime camera, smartbands, and, ideally, an increase in battery life are all things that are anticipated to be included in the next generation of wearable technology. It is possible that it will also come with a speedier processor and additional RAM space. In addition to the many wonderful improvements that we are anticipating in WatchOS4, this comes as a welcome addition.

Garmin’s Forerunner 935 and Fenix 5 will now benefit from the ability to track your repetitions, sets, and rest times while you are working out in the gym. Additionally, these watches will be able to provide customized workout capabilities so that you are not limited to performing the same old routines. In addition, improvements are being made to the way that cardio tracking is performed, which will allow for the recording of activities such as boot camp classes and high-intensity interval training.

This latest version is also intended to assist you in monitoring and controlling your stress levels. In order to determine this information, Garmin analyzes the readings of your heart rate variability, which measures the minute variations in the amount of time that passes between each successive heartbeat. The technology known as Firstbeat is responsible for the in-depth analysis.

The all-day stress monitoring capability is available on the Fenix 5 and the Forerunner 935 watches, and it can be viewed over time on the Garmin Connect mobile app. Sessions of deep breathing will not only help you relax and become more aware, but they will also relieve stress and release you from worries.

The piece of information should bring a smile to the faces of everyone who already owns a Fenix 5 or a Forerunner 935. When it comes to sports watches, both of these are just as good as it gets, despite the fact that they are more expensive. Garmin has done the opposite of what many other companies have done by first developing a fantastic sports tracker and then trying to adapt it to the typical person who is interested in monitoring their fitness around the clock.

The intensity of the conflict is rising. Apple is about to release a product that is in its third generation. Fitbit has already revealed its upcoming Ionic smartwatch, and Samsung is getting set to release its Gear Sport wearable. These all come with specifications that are pretty much identical to one another and are aimed at the same sector of the population. Along with the release of new Vivo devices by Garmin and a slew of other products just in time for the holiday shopping season, this should make for a memorable final quarter. Who will emerge victorious is still anyone’s guess at this point.

The latest software upgrade from Garmin is anticipated to become available in the coming weeks.