Garmin or Fitbit – Which Smartwatch Brand Is Better? 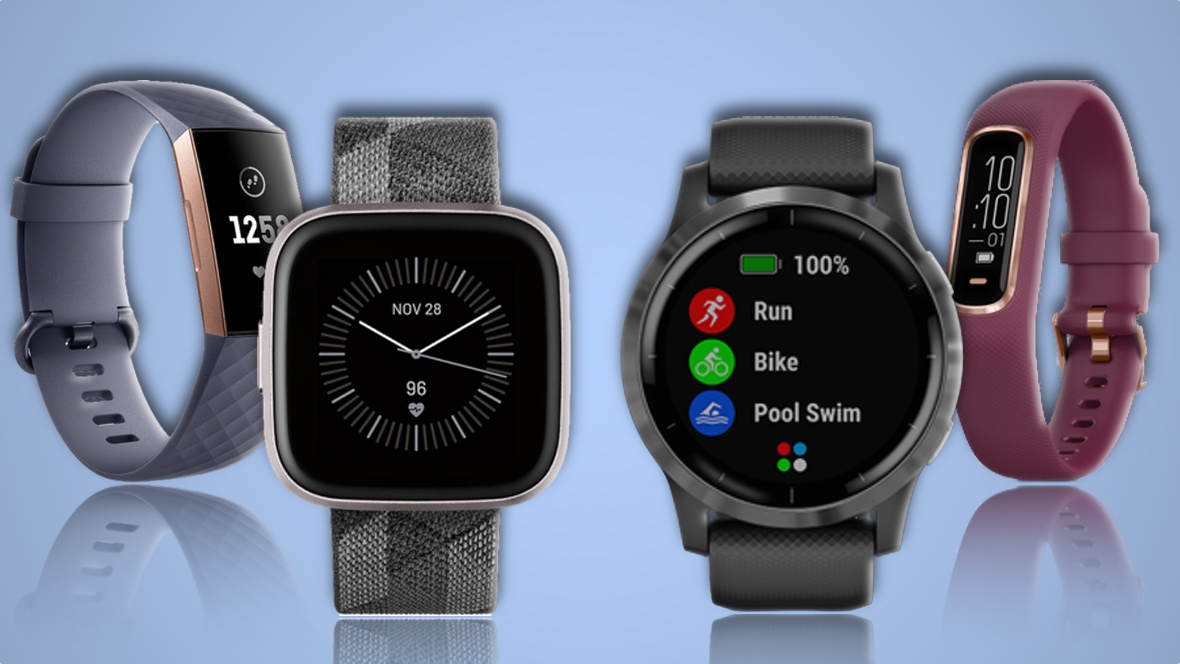 How to choose between Garmin and Fitbit – an overviewe

How Does This Software Work?

If you ask someone about fitness trackers, they’ll most likely mention Garmin or Fitbit. That shouldn’t come as a shock to anyone. When it comes to fitness trackers, these two are titans. The majority of folks have a favorite. Is there a significant difference between the two brands? Garmin and Fitbit both offer a good selection of gadgets at various price points that fulfill certain functions. Most people simply call any of the Fitbit devices “a Fitbit.” Garmin, on the other hand, is more renowned for advanced fitness smartwatches. The model name is usually used to refer to them. In any case, the rivalry between these two household names has been raging for quite some time.

Who are these giants in the world of fitness trackers?

Garmin was created in 1989 in the United States. They are experts in GPS technology for a variety of uses. They manufacture and sell GPS for diving and walking in addition to smartwatches. The Vivo series, which includes the Vivofit, Vivoactive, and Vivosmart, is one of their most popular lines. They’ve also recently unveiled the Fenix 7, a hot new challenger. Fitbit is an American company that has been owned by Google since 2019. Fitbit makes fitness trackers and devices that track information like heart rate and steps taken. They’ve garnered a slew of industry honors. Some of their most popular models include the Fitbit Charge and the Fitbit Versa.

How to choose between Garmin and Fitbit – an overviewe

Let’s take a brief glance at both brands before we get into the models. They are now similar, although there are substantial variations between them. If you enjoy sports, Garmin may be your best option. Fitbit, on the other hand, may be preferable if you’re a recreational athlete or simply want to track your sleep or steps. On our model comparison page, you can compare Fitbit models. If that were all there was to it, the decision would be straightforward. Garmin, on the other hand, offers a wider selection of functions and devices, with something to suit every budget. They’re an excellent pick for someone who is new to trackers and wants something that will last a long time. We compared all of the current Garmin models as well.

Both Garmin and Fitbit have similar algorithms for fitness tracking, and both make modifications as they go. They both provide the basic tracking features that you would expect. There isn’t much to select from in this regard. Let’s begin with some of their more recent offerings. Advanced data like menstrual health tracking, heart rate variability, skin temperature, and more are available on the Fitbit Sense. Users are finding it easier than ever to keep on top of their game with 20-goal focused workout activities.

The Fitbit Charge 5 has the brightest display the company has ever had, while the Fitbit Ace 3 has a much simpler display that is aimed for children. Fitbit’s Inspire 2 is the oldest model and has a rudimentary display.

Garmin trackers also have a clear display that can be customized and comes in a number of screen sizes depending on the model. The Vivofit 4/4S is almost solely focused on the fundamental functionality you’d expect from a fitness tracker. If you prefer something a little less expensive, consider Garmin’s vivosmart or vivofit 4. Garmin has also recently announced the Fenix7, which is a minor update over the Fenix6. Skiers, golfers, swimmers, and other sports, for example, can use their fitness tracking precision in activities like open-water swimming or a terrain running coach that monitors your oxygen levels to determine how effective your workout is.

New features like fall detection and incident detection are becoming more popular than ever. Though this programme does not assist you in becoming more fit or losing weight, it does protect you in the event of a fall by notifying your emergency contacts. This is great for active trekkers as well as senior individuals.

How Does This Software Work?

The watches’ built-in motion sensors are used to identify incidents and falls. These can detect whether you’ve fallen or not, and they will sound an alert if you have. If the user does not silence the alarm within one minute and is unresponsive, the watch will inform their emergency contacts or local authorities. Some watches will often become louder in the last 30 seconds of the alarm to try to wake up the sleeping wearer while also alerting others nearby. If the alarm is turned off, the user can go about their day without worrying about emergency calls.

Garmin is the brand to choose when it comes to incident detection. Because Fitbit has yet to integrate this software into its devices, a Garmin watch may be the best option if this is a major priority for you. This software may be included in Fitbit’s next version, which is expected in Spring of 2022, but if you’re not ready to wait for a new release, this isn’t useful.

Garmin incident detection is available for a variety of activity profiles, including running, trail running, track running, ultra running, biking, gravel biking, hiking, walking, and more. This is fantastic news for everyone who enjoys being active, as you’ll always have incident detection insurance to help you if you fall.You must also be utilizing a Garmin gadget that has an LTE connection or is connected via Bluetooth. If you’re using a non-LTE Garmin gadget, you’ll need a data plan and a cellular signal on the smartphone it’s connected to.

When it comes to the way the data from the heart rate monitor is displayed, Fitbit provides easy-to-understand statistics, and the resting heart rate is visible. Of course, Garmin provides similar functionality; nevertheless, it has an advantage when it comes to monitoring heart rate during activity. Simply put, Garmin places a larger emphasis on VO2 Max and heart rate zones, making it a powerful training tool for athletes. The Fitbit Charge 5 is a wonderful choice if you’re looking for a lifestyle tracker. If you’re searching for something to aid you with your sports training, the Garmin vivosmart 4 has everything you’ll need.

Fitbit Charge 5 features a mechanism called Relax to track stress and recovery, which employs the integrated heart rate monitor as well as HRV monitoring to detect variations in heart rate. Fitbit will then show you which heart rate zones are optimum for resting, cardio, and peak athletic performance. The Fitbit Inspire 2 does not have this feature.

Garmin’s stress tracking is similar, and the data is relayed in a similar manner. However, more of their wearables, like the Vivoactive 3, Vivoactive 4, Fenix 5 and 5 Plus, Fenix 6, Vivosmart 4, and the Forerunner 55, have this capability.

If you’re shopping for a GPS tracking device, there’s a high chance you’ve previously considered Garmin. Let’s have a look at how a Fitbit would work for you. In other words, unless you have a Charge 5, you’ll have to rely on your phone’s accuracy to track GPS. That may not be a problem for some; in fact, if you’re working out alone, carrying a phone may be an excellent safety alternative. However, not everyone likes to run with their smartphone. The accuracy of the phone can be harmed if it is worn on a waist strap or carried in a bag.

Many Garmin models come with built-in GPS or UltraTrac, allowing you to track a larger range of sports such as trail running, skiing, rowing, triathlon training, and more. You can track your exercise for greater distances while conserving battery life.You can access ski resort maps, golf courses, and other GPS tracking capabilities directly on your wrist thanks to the Fenix7’s sophisticated multi-point GPS tracking. As a result, it is the ideal watch for hikers, as it allows them to visit terrains all over the world.

If you’re looking for a swim-friendly wearable, Fitbit has at least three options right now: the Charge 5, the Inspire 2, and the Fitbit Sense.When it comes to being in the water, the new Fitbit Sense has a few unique features. It’s jam-packed with health metrics, allowing for more exact workout tracking. It can measure your laps in the pool, much like some of the other alternatives, but it can also identify atrial fibrillation thanks to its ECG monitoring. Are you unable to swim? That’s fine; they also provide yoga paddleboarding and other water sports.

If you’re looking for a swim-friendly wearable, Fitbit now has at least three options: Charge 5, Inspire 2, and Sense.

In terms of being in the water, the new Fitbit Sense has a few fascinating features. It has a lot of health measures, so it’s easier to keep track of your workouts. It can track your laps in the pool like some of the other alternatives, but it’s most useful for detecting atrial fibrillation thanks to its ECG monitoring. You don’t know how to swim? That’s fine, because they also offer yoga, paddleboarding and other water sports.

The choice between Garmin and Fitbit ultimately boils down to whether you want a lifestyle tracker or an athletic smart tracker. You might want something that tracks your overall steps, heart rate, and overall health and wellness, or you might prefer something that is primarily focused on tracking exercise and monitoring your heart rate both during and after exercise to give you a clear picture of where you can improve your exercise routine. If it’s the former, the Fitbit has all of the features you’ll need.

The choice between Garmin and Fitbit ultimately boils down to one thing: whether you want a lifestyle tracker or an athletic smart tracker.

You might want something that tracks your overall steps, heart rate, and overall health and wellness, or you might want something that is primarily focused on tracking exercise and monitoring your heart rate both during and after exercise to give you a clear picture of where you can improve your exercise routine. If it’s the former, the Fitbit has all the features you’ll ever need.