Glucose Monitoring On The Go 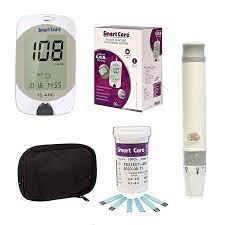 Wearables for Monitoring Your Health and Smartwatches

How Important Is It to Get Things Right

Glucose Monitoring: The Most Recent Advances in Technology

These days, wearable technology may provide a plethora of interesting capabilities. However, it is possible that a device that is capable of glucose monitoring would be the most amazing of all of them. Those who have diabetes would stand to gain an incredible amount from using a technology capable of accomplishing this goal.

In this article, we take a more in-depth look at the possibility of glucose monitoring wearables becoming available on the market shortly. And, more importantly, whether or not they are likely to be profitable when and if they become available.

Wearables for Monitoring Your Health and Smartwatches

You almost likely have read articles in the media over the past few years about people who learned that they suffered from a heart condition or another major health issue only after their smartwatch notified them that it was time to make an appointment with a physician. Since the early days of wearables, when all they did was track steps, it should come as no surprise that they have come a long way since then!

Now, we’ll look at wearables produced by some of the most well-known brands in the business, like Apple, Samsung, and Fitbit, among others. Use the term “health monitoring devices” when referring to their wearables rather than “smartwatches” in general. Even though some of these gadgets’ characteristics have not yet been given regulatory certification as legitimate medical devices, they still provide a number of rather astounding benefits.

The monitoring of electrocardiograms (ECGs), pulse oximeters, and temperature skin sensors are examples of recent innovations in the field of wearable technology. Everything is incorporated into the overall design of the smartwatch. However, the non-invasive monitoring of glucose levels is a type of biomarker and sensor that has not yet made its way into smartwatches. This ability is still in development.

At the moment, some gadgets are able to monitor levels of glucose and then can be connected to a smartwatch or smartphone in order to offer the data that they have obtained. Nevertheless, there is not yet a smartwatch on the market that is able to provide this capability on its own.

Nevertheless, it’s the kind of thing that people who have diabetes would enthusiastically welcome—especially considering that it appears likely that more than 700 million individuals will have diabetes during the next 25 years. This number is expected to increase dramatically. And individuals diagnosed with diabetes would not be the only ones to gain from this development. Monitoring glucose levels may provide helpful insights regarding one’s health in general. They are giving parents the ability to remotely monitor the glucose levels of their children, as well as giving endurance athletes the ability to check their nutrition for training purposes.

The development of a gadget that is capable of doing this would be of great use to a great number of people. So the question is, why is it not now available to consumers?

It is simple to understand why a smartwatch that could monitor your blood sugar levels may be a game-changer for those who have diabetes. Imagine a smartwatch that can detect a high sugar intake, which causes blood glucose levels to skyrocket, and then sends a notification to the wearer, asking them to take action. Even people who don’t have problems with their glucose tolerance might gain something from this. If they were able to watch, in real time, what occurs to their body as a result of consuming sugar, would they continue to consume the same amount?

Taking a blood sample with a needle to check one’s glucose levels is something no one likes to do because it’s really uncomfortable. And even if those who have diabetes still need to do this on a regular basis, the rest of the population would much rather not have to. Because of this, a wearable device that is capable of monitoring glucose levels may potentially be very successful. Monitoring levels in a non-invasive manner, in the same way that a wearable can check heart rate, would assist a greater number of people in being healthy for a longer period of time without requiring any action or participation from those individuals.

On the other hand, monitoring the sugar levels in the blood in real time can be difficult. Taking blood from the patient or inserting a sensor under their skin is required in the conventional method. In a wearable device, this is not only impossible but also impractical.

Nevertheless, companies are working hard to discover an alternate solution to remove the intrusive aspects of the glucose monitoring equation. This fact does not deter them. They have been working on a method that is based on optics thus far in a manner comparable to that which is utilized in the measurement of blood oxygen levels, body temperature, and heart rate. The difficulty lies in developing a gadget that is capable of doing these actions and has the ability to do it accurately.

When it comes to diabetic patients, there is a very slim likelihood that technology will ever be developed that can provide adequate accuracy in a reasonable amount of time. It is impossible to collect that quantity of data from interstitial fluid alone; a drop of actual blood is required.

How Important Is It to Get Things Right

When it comes to providing guidance to those who have diabetes regarding the appropriate amount of insulin, accuracy is of the utmost importance. On the other hand, for people who merely wish to monitor how their glucose levels are fluctuating, it is possible that this information is not as crucial. It is possible that the accuracy of the technology does not need to be particularly high for those individuals who are merely interested in optimizing their diet and gaining a better understanding of how their glucose level can be affected by exercising and eating a variety of meals, to the point of being realistic enough to provide a rough concept of the effect. Some of the largest technology businesses have already made significant headway in this industry sector.

Glucose Monitoring: The Most Recent Advances in Technology

Apple is unquestionably a significant participant in this industry. It is claimed that Apple has been working on developing technology for non-invasive glucose monitoring for quite some time. In 2018, the company was awarded a patent for what appears to be a method of glucose monitoring that does not include any intrusive procedures. Requires the utilization of an optical light-based monitor to measure chemicals in the blood before determining how those compounds vary over time.

In addition, it was just recently disclosed that Apple has entered into a business partnership with Rockley Photonics. a startup that develops sensors based on optical technology that claims to be able to offer data on blood glucose levels. This suggests that in the not-too-distant future, Apple has plans to incorporate this technology into their upcoming iterations of the Apple Watch.

Additionally, Samsung is considering adding a feature analogous to this one into its smartwatches of the next generation. While Fitbit has been exploring the possibility of measuring glucose levels using its devices for some time now, the company is just beginning to make some progress in this area.

There is still a significant amount of work on this technology before it can be introduced into the market as a fully functional choice for consumers interested in enhancing their health. Nevertheless, it is obvious that within a few years, it is a distinct possibility that we may all have a clearer image of our blood sugar level simply by looking at our wrists. This would be a significant advancement in the field of wearable technology.