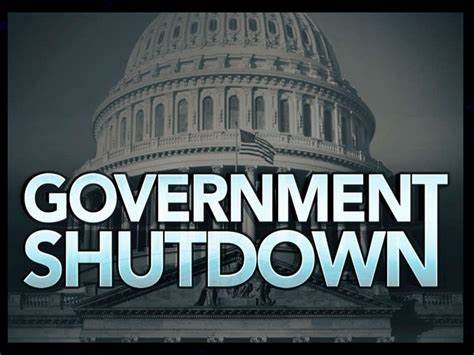 During a Government Shutdown, What Happens?

Repercussions on the economy

What is the definition of a government shutdown? When the federal government shuts down, non-essential discretionary programs are halted. Once a budget has been passed, the government will reopen.

When the federal government shuts down, non-essential discretionary programs are halted. When Congress fails to appropriate funds or the president refuses to sign appropriations bills, it is known as a “government shutdown.”

In a typical budget process, Congress passes appropriations bills by September 30 and the president signs them by October 1 for the following fiscal year. If that doesn’t happen before the deadline, Congress and the president can pass a continuing funding resolution, which keeps appropriations at their current levels. If this does not happen in a timely manner, the system will be forced to shut down. This indicates that the budgeting process has completely failed.

A government shutdown is not the same as a debt ceiling impasse. The first occurs when funds have not been appropriated by Congress. When Congress fails to raise the debt ceiling, the second scenario occurs. The US Treasury Department is prohibited from borrowing beyond the debt ceiling. In both cases, government agencies are unable to function due to a lack of funding. In the second, the Treasury is unable to pay Treasury securities holders, and the US defaults on its debt.

During a Government Shutdown, What Happens?

The majority of federal departments are funded by the discretionary budget. If Congress does not appropriate funds, these departments must close unless they have surplus funds.

Many federal employees are furloughed during a shutdown. That means they’ll be sent home unpaid.

Employees who provide critical services may be required to work for free. National Safety and security are examples of essential services. Once funding is approved, all employees will receive back pay.

Many organizations that provide critical services are set up to operate for weeks without receiving a payment. The United States Customs and Border Protection, the Federal Emergency Management Agency, Immigration, and Customs Enforcement, and the Transportation Security Administration are all open for business. Many of the Department of Justice’s functions have their own funding sources. Because the Postal Service has a separate source of funding, mail will continue to be delivered until that source of funding runs out.

During a government shutdown, the president’s and Congress’ salaries are protected by the Constitution.

The mandatory budget includes payments for Social Security, Medicare, and Medicaid. Because their funding is automatic, mandatory programs are rarely shut down. Prior acts of Congress established them.

Here’s an example of the shutdown’s impact on major departments from 2018 to 2019. It includes, where available, the percentage of workers who were furloughed:

Repercussions on the economy

Economic growth is slowed by a government shutdown. The fact that federal government spending is a component of the gross domestic product is one reason. It accounts for about 7% of the total economic output. Another reason is that unpaid employees and contractors spend less. This has a multiplier effect, which gets worse as the shutdown goes on.

For example, the 2018 government shutdown cost the economy $11 billion. In the fourth quarter of 2018, it was $3 billion, and in January 2019, it was $8 billion. The real cost of the shutdown is likely to be much higher. The Congressional Budget Office was unable to estimate the financial impact on businesses that we’re unable to obtain federal permits or loans in a timely manner.

Prior to 1980, funding gaps were common, but they rarely resulted in shutdowns. Agencies assumed Congress intended for them to continue working, and they did so. However, US Attorney General Benjamin R. Civiletti issued two opinions ordering agency heads to halt operations until the funds were appropriated by Congress. Only essential functions or agencies with sufficient funds were allowed to continue.

The government was shut down at the start of the year, continuing a shutdown that began in 2018. It lasted until January 25th, 2019.

The government shut down for almost three days on Friday, Jan. 19, 2018, the first shutdown of the year. The Senate failed to pass a continuing resolution to fund the government until February 16, 2018. The resolution was a stopgap measure to buy time for the fiscal 2018 budget to be passed.

The government shutdown was ended on January 22 by Congress. It passed a continuing resolution that expired on February 8, 2018, at midnight.

The government shut down again on Feb. 9 for a few hours, this time for only a few hours, until the president and Congress could pass a new continuing resolution.

The government shutdown started on October 1, 2013, and ended on October 17, 2013. Furloughs were imposed on approximately 850,000 employees or 40% of the federal civilian workforce. GDP fell by 0.3 percent as a result of reduced government spending.

The shutdown was used by Republicans to try to delay the implementation of Obamacare. The House of Representatives, which is controlled by Republicans, submitted a continuing resolution that lacked the necessary funds to implement the Affordable Care Act of 2010. The bill was rejected by the Senate, and a new one was sent back that funded the program. That bill was ignored by the House. It returned one that postponed the implementation of Obamacare. The bill was ignored by the Senate, and the government was forced to shut down.

Surprisingly, the shutdown had no effect on Obamacare’s implementation. Like Social Security and Medicare, a large portion of its funding comes from the mandatory budget. The funds needed to launch the health insurance exchanges had already been sent out by the Department of Health and Human Services.

The shutdown, according to the Obama administration, slowed economic growth by 0.2 percent to 0.6 percent. It also resulted in the loss of 120,000 jobs. Each day, approximately 850,000 federal employees are furloughed.

Of those, 825,000 federal employees were furloughed during the first shutdown. The second shutdown resulted in the furloughing of 284,000 federal workers. Because Congress had passed some appropriations bills during the second shutdown, fewer workers were furloughed. Because the positions were reclassified as critical, other workers were called back without pay.

According to the Office of Management and Budget, the two shutdowns cost $1.4 billion.

Today, that sum is worth $2.4 billion. In addition, 480,000 emergency workers worked without pay, including prison guards, medical personnel, and FBI agents. At least 170,000 veterans were unable to receive their monthly education benefits. More than 200,000 passport applications have been stalled. More than 7 million visits to national parks and 2 million visits to museums were averted.