How Advancements in Technology are Impacting the Sport of Tennis 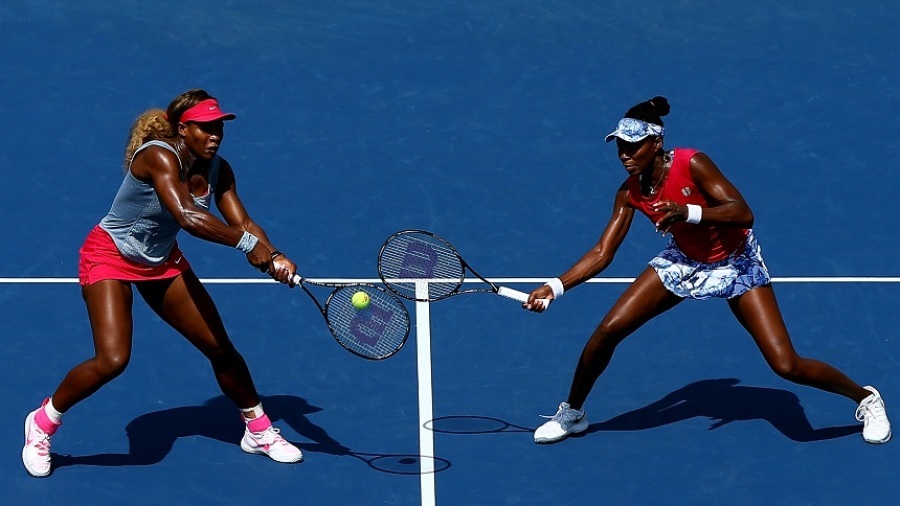 Taking it a Step Further...

The top-seeded players are gaining an advantage over their competitors because of tennis statistics. However, the availability of this technology is rapidly expanding to include more people.

Despite the fact that the sport is steeped in history, tennis was really one of the first athletic pursuits to fully embrace technological advancements. The Australian Open in 2007 was the first tournament in the history of the four Grand Slam competitions to utilize the Hawk-Eye system for the purpose of appealing line calls. The six or seven high-performance cameras that make up the system are often installed on the bottom of the stadium roof, and they are responsible for tracking the ball from a variety of perspectives.

The videos that were captured by the cameras are triangulated and merged in order to produce a three-dimensional picture of the path that the ball took. Each tennis player is permitted to make two erroneous challenges during each set, with an additional challenge being granted in the event that a tiebreaker is used. The initial system was difficult to use and cost more than three thousand dollars. And the answer is no, the price has not decreased. In point of fact, it’s even more expensive!

Technology has rapidly become an increasingly important component of the game. Some participants, for example, have begun to employ data analysis. Tennis Stat and Golden Set Analytics offer products with annual subscription costs of more than $80,000, and their prices begin at that level. The caliber of Djokovic, Federer, and a few other top-tier players can easily afford this. It is not an excessively expensive option. They make consistent use of such data in order to improve their comprehension of the strategic play and movement of their opponents. Nadal doesn’t do this. Instead, he relies on his coach, Carlos Moya, who has a strong analytical mind.

However, not all of us have access to coaches. Many different kinds of tennis technology have, thankfully, been available not only to professional athletes but also to prospective beginners and others who play tennis for fun as a hobby. If you hear folks going on and on about “the internet of things” but are unsure what they are talking about, “the internet of things” refers to a future in which everything in our immediate environment will be connected to the internet. That also includes sports.

The world of tennis technology is already bursting at the seams with innovative and intriguing new technology. This is an overview of the various devices and wearable technologies that are altering the way the game is played.

In the first place, we have apparatus for the collection of data. With the introduction of the Babolat Pure Drive racket, Babolat was the first company to enter this industry. This was swiftly followed by the introduction of various tennis sensors, such as the Sony Tennis Sensor, the Zepp Tennis Swing Analyzer, the Qlipp Tennis Sensor, and others.

Babolat’s sensor is incorporated into the grip, in contrast to Zepp and Sony’s designs, which place the sensor at the end of the racquet. The Qlipp, on the other hand, is attached to your strings and acts as a vibration dampener in addition to its other duties. Then there are those like the Babolat Pop and its big brothers, the Babolat and PIQ, which sit on your wrist and discreetly collect information.

The purpose of each of these devices is to collect data pertaining to a technique and to provide a wide variety of statistics. The accuracy of this data can range anywhere from a little bit to a lot! But does it actually make a difference? Your overall performance in the game should gradually increase thanks to these sensors. You are only comparing apples to apples if you always use the same measuring tool, regardless of whether or not you have aspirations of becoming a trained professional. This indicates that your tendencies over time will demonstrate whether or not you are making progress.

Playsight and Mojjo are just two examples of the kind of Smart Court systems that have already been implemented at a number of locations across the United States and Europe. These are systems that involve a number of cameras that are installed in a permanent fashion, and they record everything that occurs while the game is being played. Even while they are not as accurate as the Hawk-Eye, they are accurate enough to verify lines and are available at a far more affordable price.

There are even more fascinating new developments taking place right now. For instance, a Swiss company named Technis has developed and mastered a surface that is totally tactile, which makes the actual tennis court interactive. The technology is embedded right into the surface of the court, making it suitable for both synthetic and resin surfaces. Every little motion, from the rebounds of the ball to the positions of the players on the court, is meticulously monitored and recorded. A screen that is located at the edge of the court displays the information in real time as it is received. The system has not yet been put into use in the real world, but we should ideally be able to anticipate its adoption in the not too distant future.

An additional fascinating innovation is a device known as In/Out that we have had the opportunity to test (manufacturers website). The device, which costs $200 and is similar to a GoPro, can be attached to the post of any tennis net in about a minute and can determine which side of the tracks the ball lands on in real time. This is made possible by the use of the exact systems that are responsible for line identification in autonomous vehicles. In essence, you will be given your own “Hawkeye” system.

Professional players are no longer the only ones who have access to match film analysis. There has been a proliferation of services recently, one of which is called Tennis Analytics, which enables you to transmit raw video evidence of your game in order to have it analyzed. You will receive an index video or summary of the match in response, which will enable you to search for any particular moment in the match. In addition to that, you will get a match report written by an expert (serve percent, aces, double faults, return percent, winners, errors, and differential for both you and your opponent). Even if the service is available to casual gamers, in order to subscribe to it, you would really need to have a strong interest in the game you play because it costs more than $500 for ten hours of video.

However, it is unavoidable that the cost of these services will become less expensive over the course of time. While you are waiting, you could make use of your smartphone to record your tennis match, and then, with the assistance of the Sony or Qlipp tennis sensors, you could superimpose your statistics on top of the video. Even though they aren’t as advanced as some of the more complicated devices, they can still do the job.

Then there are the various tennis-related applications and web tools. A diverse range of software solutions are currently being developed by businesses such as Global Tennis Network, Sportlyzer, and Coachanize. Some are mostly geared toward leisure players and offer a community in which users may locate opponents, arrange ladders, or even book courts. Others are primarily geared toward professional players. Others are easier for clubs or coaches to use and are geared more toward the administration of client relationships.

Taking it a Step Further…

What about a portable ball machine that is comparatively affordable? Enter the Slinger Bag.

The item is styled to mimic an enlarged tennis bag in its overall appearance. It has enough space for a variety of items, including your tennis racquet, a water bottle, and many more. It is even capable of charging your phone. But the most essential function of the device is that it can fire tennis balls in your general direction. Users have the ability to control not only the launch speed but also the launch frequency of the balls, which may travel at rates of up to 118 miles per hour.

The alternative choice is referred to as Proton. It has a higher top speed and more maneuverability possibilities, but it is a little bit more expensive and doesn’t look like a tennis bag. The launch of this one is scheduled for the summer.

On the other hand, you probably don’t want to be the one stooping over and scooping up tennis balls. Not in 2020. Why don’t you let Tennibot swoop in and pick them up for you?

Where this innovation will take us in the coming years is something that has a great deal of excitement for us. If this is just the start of things to come, then we cannot wait to find out what the future has in store for us.