How You Can Track Your Sleep Using The Apple Watch 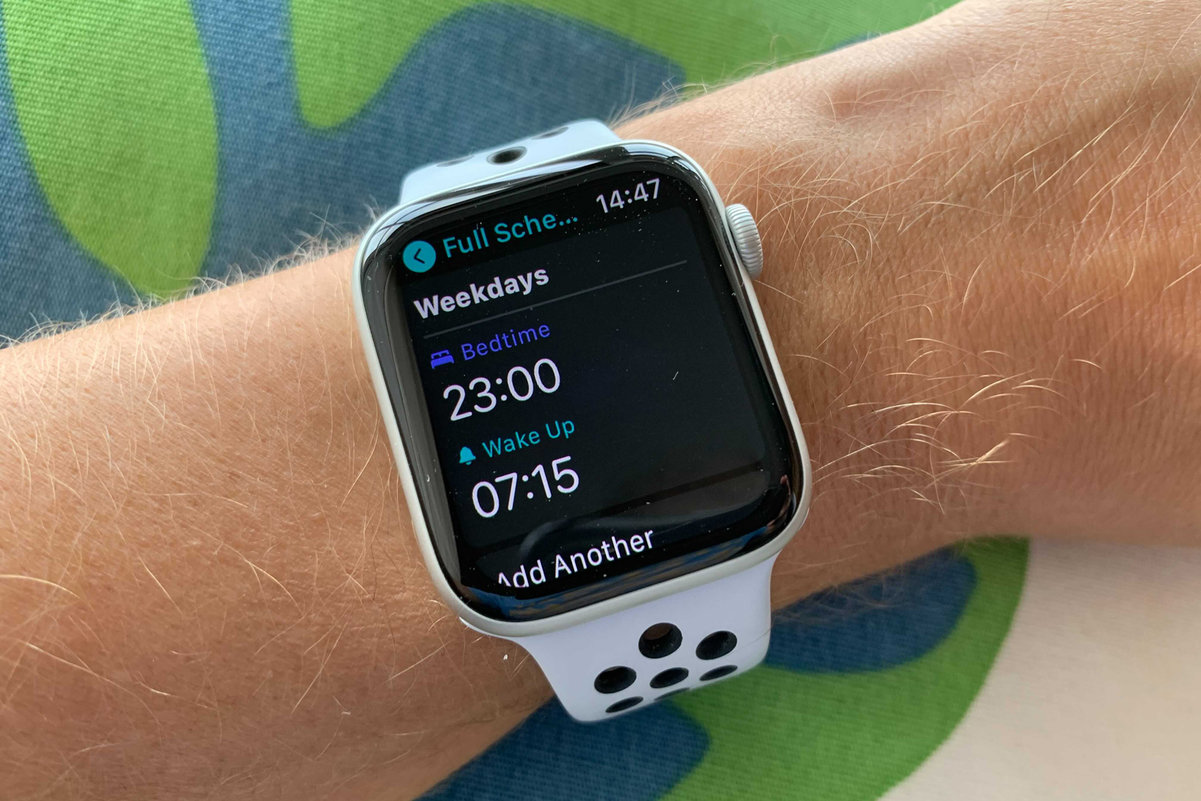 What Kind of Sleep Data Does the Apple Watch Collect?

How exactly does wearing an Apple Watch help you get a better night's rest?

What Kind of Accuracy Can You Expect From the Apple Watch's Sleep App?

You have the capability of setting:

In addition to that, you may view your:

Which Apple Watch Models Are Capable of Tracking Sleep?

Because Apple has been at the forefront of technological advancement in recent years, particularly with its line of smartwatches, it was only a matter of time before the company expanded its product line to include sleep tracking capabilities for its Apple Watch.

The entire world is full of activity. And because there is just not enough time in the day to get everything done, getting enough sleep at night has taken on an even greater degree of significance. A good night’s sleep can offer you more energy and make it easier to concentrate on tasks, but it can also make you feel more positive about life.

Here is where technology that monitors sleep can be of assistance. The most effective sleep trackers will monitor the quality of your slumber and record the data, which will provide you with greater insight into your rest.

The Apple application known as sleep is concerned with when you go to bed and when you get up. This is used to determine how much sleep you have gotten, making the time leading up to bedtime all about calming down and getting ready for sleep.

What Kind of Sleep Data Does the Apple Watch Collect?

The Apple Watch includes several sensors that can track sleeping patterns, allowing you to take charge of your own sleeping routines. Even choices make it so you won’t be interrupted while you’re dozing off.

The Watch has an accelerometer motion detector that can tell if you are walking, running, or just lying down and watching television. Based on several different algorithms, it then assesses whether or not you are genuinely asleep or simply in a calm condition while awake. Using an app developed by a third party, the Apple Watch can also check the amount of oxygen in the blood.

In addition to that, it takes into account your current heart rate. To some extent (though not always), variations in heart rate can accurately indicate which stage of sleep a person is in, as we discussed in our article on sleep monitoring in Fitbit watches. However, this is not always the case. Even with all of the advancements that have been made in the field of sleep monitoring technologies, it is still challenging to determine when a person transitions from light sleep to deep sleep or from deep Sleep to REM sleep. It is essential to bear in mind that although the Apple Watch is equipped with many sensors to gather information related to one’s sleep, the native Sleep app that comes preinstalled on the Watch may not necessarily use or display all of it that information. You will likely want a premium Apple Watch sleep app to obtain a more comprehensive study of your sleeping patterns.

How exactly does wearing an Apple Watch help you get a better night’s rest?

Like other sleep monitoring apps for smartwatches, the Sleep app on the wristwatch can do various things to help you get a better night’s sleep. These things include tracking your heart rate and breathing as you sleep. The software does more than simply monitor your sleeping habits. Additionally, the elements that may impact your sleep quality are brought to your attention. This could occur over a single night, or it could identify trends in your sleep that indicate that you have a pattern of poor sleeping habits that persists over time.

When using the app for the first time, you will need to configure your ideal sleeping pattern, including the time you intend to go asleep and the time you are required to awaken. Using this foundational information, the app guides you through the process of developing and executing the ideal pre-bedtime routine. For instance, it can alert you to the appropriate time to begin calming down and getting ready for bed.

You are still in charge of when you start winding down for bedtime and when you turn off the light, but the information provided by the Apple app can help you make more informed choices about when you should go to bed and how many hours of sleep you should aim for. After doing so, you will be able to change your sleeping hours for a single night or numerous consecutive nights using this information.

The Apple app for sleep monitoring is about more than just collecting sleep data; the data may even appear unimportant. The program’s primary focus is on teaching users how to improve their sleep. You can assist yourself go off to sleep by playing some soothing music. Utilize an app developed by a third party to listen to a guided meditation. You may even reduce the screen’s brightness to help you wind down. Activate the Do Not Disturb mode while you are getting ready for bed or right before you go to sleep if you find that phone calls or text messages keep you awake at night.

What Kind of Accuracy Can You Expect From the Apple Watch’s Sleep App?

Several distinct stages make up sleep. These stages include light sleep, from which you can be quickly awakened, and Deep Sleep and rapid-eye-movement stages, which are when dreams occur. Light sleep is the most straightforward stage to wake someone up from. Apple realized early on that monitoring those stages was going to be a difficult task. This was largely due to the fact that these stages are most easily recognized with brainwave monitors, which can trace the transition from alpha and beta waves to theta waves.

Because of this, the Apple Watch’s Sleep app, in its present iteration, focuses solely on the amount of time you spend asleep and assists you in making decisions based on the information available to it. Fans of smartwatches have found the Apple Watch’s incorporation of a sleep monitoring feature to be appealing; nevertheless, there is a great deal more that it might accomplish.

It is able to determine if you are asleep or lying awake due to insomnia. Still, it does not test blood oxygen levels, collect data on sound or light during the night, or attempt to differentiate one stage of sleep from another, as was indicated earlier.

The Apple Watch enables users to set up several different patterns for when they go to bed. If you want to wake up and sleep at different times during the week or on the weekends, this is the perfect solution.

You have the capability of setting:

In addition to that, you may view your:

You may link your Watch to your iPhone to get a more extensive, more complete breakdown of your sleeping habits. Alternatively, all of these findings can be shown in the form of graphs and pie charts.

Which Apple Watch Models Are Capable of Tracking Sleep?

The update to watchOS 7 includes the Apple Sleep app, which can be used on both watches and phones. This indicates that it is already preinstalled on any of Apple’s more recent devices, including the 6, 7, and the highly anticipated Apple Watch 8.

On the other hand, the Apple Watch Series 3, 4, or 5 does not come with the sleep monitoring feature already preinstalled; instead, these models will require an update to have the feature added. Unfortunately, Apple’s very first watches, the Series 1 and Series 2 were not designed to have a sleep tracking capability.