Huami extends the Amazfit X Indiegogo campaign, which has so far raised $1.5 million 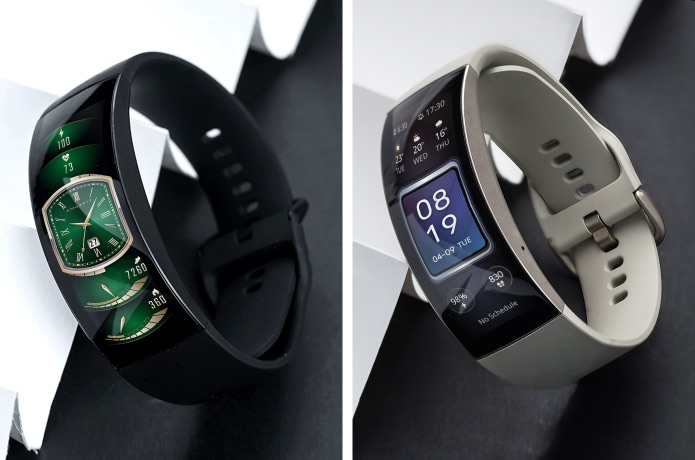 Huami has announced that the Amazfit X Indiegogo campaign will be extended for another month. The band has so far raised almost $1.5 million. The gadget will be available in stores in August.

The Indiegogo campaign, we believe, is more about raising awareness and interest in the impending device than it is about raising funding for manufacture. Huami isn’t in any kind of trouble. It is the producer of Xiaomi’s popular Mi Band and offers a popular range of Amazfit-branded smartwatches.

Amazfit X, together with Amazfit GTS and Amazfit Stratos 3, was initially unveiled in August 2019 at a convention in China. Huami teased the two smartwatches ahead of the event, but the Amazfit X was the big surprise of the day. The fitness band is, without a doubt, unlike anything we’ve seen before.

Huami claims that the Amazfit X’s patented 12.5mm super high-fall 2.07-inch flexible curved screen cost millions of dollars to develop. The moon-shaped glass was bent into a super-arc curve of 92 degrees using a hot-bending 3D procedure that included 700 °C ultra-high temperature heating and 6-bend bending. Okay, we have no idea what any of that means, but it sure sounds impressive!

When compared to similar-sized wearable devices, the screen provides 244 percent more visibility.It boasts a 326 ppi resolution, 100% NTSC high color saturation, and a brightness of up to 430 nits. Readability in bright, sunny settings should be no problem with these specifications.

A flexible curved screen is included with the futuristic Amazfit X fitness band.

The metal Amazfit X has hidden electrical buttons on the outside and a three-segment motherboard inside a three-section base plate (this was necessary due to the shape). Between charges, the curved 220 mAh lithium battery can last around a week (without the power-saving mode). Given the high-resolution screen, that’s not awful.

Huami is getting ready to release the Amazfit X fitness band on Indiegogo.

Your heart rate (“near-medical ECG tracking with the embedded BioTracker PPG sensor”) and fitness performance, as well as information from the built-in GPS (BEIDOU/GLONASS), are shown on your wrist. The BioTracker PPG sensor, according to Huami, is the second generation and exploits the biological interaction between blood and optics, making it ideal for smartwatches. It also enables on-demand blood oxygen readings in addition to heart rate.

The wearable 5 ATM water resistance allows it to log your swim sessions. According to Huami, users should remove the watch before showering because the hot steam can damage the seal and reduce the watch’s water resistance.

Because of the huge display, such a wearable should be perfect for notifications and other smart functions. The device will show information about incoming calls, text messages, app/calendar/events changes, and so forth. You must, however, directly answer calls and messages on your mobile devices.

The Indiegogo campaign is working incredibly well, with over 1.5 million dollars raised so far. That’s a whopping 7,846 percent more than the initial (very modest) $20,000 objective! It’s not bad.

Huami claims to be listening to and responding to the roughly 7,000 backers. The following are the new features that will be included in Amazfit X:

Voice Control: This is a voice control feature that does not require an internet connection to operate. It will have a total of 40 functionalities, including the ability to start a workout, set an alarm, and more. Both English and Spanish will be used.

More Watch Faces: A broader selection of watch faces has also been requested by the public, and Huami is improving its software to accommodate this.

Always-on Display: This will be available via a firmware upgrade in the future. The feature is difficult to implement because an always-on display depletes battery life quickly. We want Huami to provide a simple toggle button so that users can choose whether or not to utilize it.

Japanese Language Setting: For the convenience of Japanese funders, a pre-installed language setting will be provided.

This is definitely a wearable to keep an eye on. This isn’t your typical fitness band, as we’ve been accustomed to seeing in recent years. Let’s hope this creative idea inspires others to follow suit.

The Indiegogo campaign was supposed to expire today, but Huami opted to prolong it for another month. You can contribute to the campaign to be among the first to receive the wearable when it launches in August. It’s available for $169 for early birds. That’s a lot less than the $329 it cost after it was released to the public.