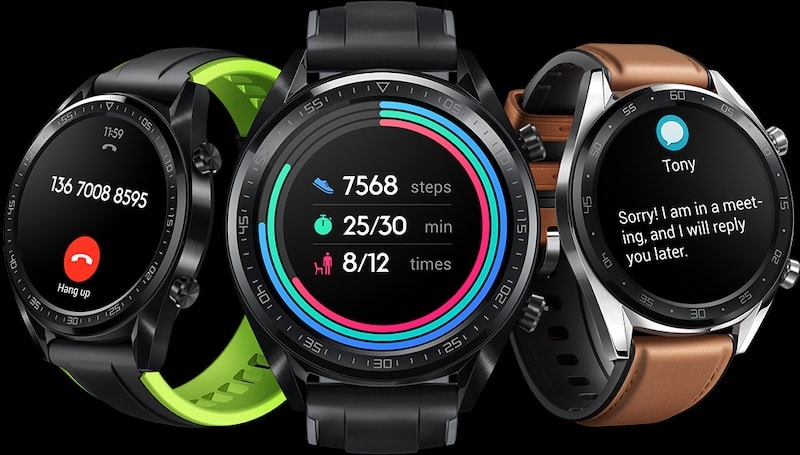 Huawei has finally made its Galaxy Watch rival official after months of rumors. In essence, Watch GT is a smartwatch that doubles as a fitness tracker. It has a new operating system and a battery life of two weeks. The new Huawei Band 3 Pro has also been unveiled by the firm.

Actually, there isn’t much to say about the Huawei Watch GT that hasn’t already been stated. And it appears that the majority of the disclosures were accurate. As expected, Huawei has made the decision to abandon Google Wear OS in favor of LightOS, its own operating system.

Instead of the conventional Qualcomm Snapdragon, a bespoke ARM Cortex-M4 processor is used inside. Numerous sensors, including an accelerometer, gyroscope, magnetometer, optical heart rate sensor, ambient light sensor, and barometer, are included in the wearable. Additionally, NFC for mobile payments and support for GPS, GLONASS, and Galileo are built-in.

You will have almost all you require for continuous activity monitoring thanks to the many sensors. This includes the sleep monitoring tool TruSleep, which can spot typical sleep-related problems. According to Huawei, Harvard Medical School was involved in the development of this. Truseen 3.0 heart rate monitoring, which uses six LEDs and self-learning algorithms for more accurate results, is also used by the watch.

The battery life is the major update, though. When heart rate tracking is turned off, the 420 mAh Lithium Ion battery can power the watch for up to a month, and with GPS turned on, it can last an amazing 22 hours. You can anticipate that your watch will last for about 14 days if heart rate monitoring is enabled and you exercise for 90 minutes each week.

This is fantastic, however bear in mind that the excellent battery life is partially a result of the minimal operating system. It would be more accurate to describe this as a fitness watch with some smart features rather than a fully functional smartwatch.

With the Huawei Health app, the Watch GT can sync with both iOS and Android smartphones to track fitness and other data. It is available for purchase on Huawei.com and Amazon.com.

Huawei unveils the Watch GT and forgoes Wear OS in favor of a longer battery life.

The tech behemoth also unveiled the Huawei Band 3 Pro, a brand-new fitness tracker. The gadget has many of the smartwatch’s fitness features, such as GPS, water resistance, thorough sleep tracking, training numbers like VO2 max, and recovery times.

The bracelet is made of soft silicone and has a 0.95-inch AMOLED color touchscreen with a 120 x 240 pixel resolution. This item is 45mm long, 19mm wide, and 11mm thick (maximum thickness of the main body). It weighs 25 grams in total.

Huawei unveils the Watch GT and forgoes Wear OS in favor of a longer battery life.

The battery life is fantastic once more. This multi-sport fitness tracker may operate in standby mode for a full month or for up to 20 days between charges. Visit Amazon to look it up.