I have turned my Android into an iPhone with all these apps, and this is the result 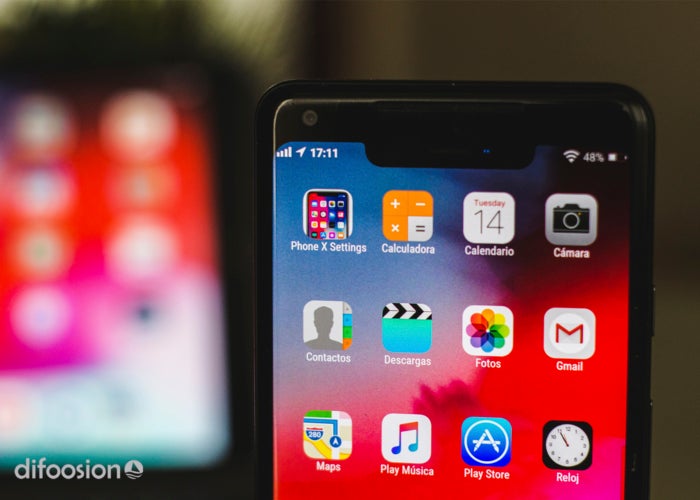 How to turn your Android into an iPhone

It is well known that the Android operating system is known for its high customization capabilities. Meanwhile, in iOS, the system is so closed that the modifications we can make are minimal. This, unfortunately, allows developers to copy the iOS interface , thus creating a series of apps that are not recommended, which we have found in the need to test to verify its operation

Today, I have turned my Google Pixel 2 XL into an iPhone X , through a collection of junk applications, since I cannot name them in any other more friendly or less direct way, without missing the truth. I am going to tell you my experience using applications to turn an Android into an iPhone , something that I do not advise from the zero minute, and that you should not try to do under any circumstances - do not do it at home, children.

How to turn your Android into an iPhone

Take a deep breath, this is coming strong. I will not name the applications that I have downloaded , because I refuse to advertise and download applications loaded with advertising, with poor performance and with all the ballots appearing in future articles as top 5 applications that steal your data . However, when you search the Play Store you will find them easily, so you will not have the slightest problem.

This article seeks to comment and report on the operation of this type of apps. Beyond irony and curiosity, we do not recommend installing this type of application under any circumstances. We have serious doubts about how to respect our data, and the performance of your terminal will be reduced.

The first thing, and following the basic commandments of the Android customizer , has been to install a launcher . To my surprise, when installing the launcher the notch has been installed , an element that despite appearing on my OLED panel, is extremely striking, and to my liking, frightening. Within a few minutes of using it, I started to skip advertising, in the form of ads that occupy the entire screen, and that you should eliminate using the typical blade in the upper corner. The performance of the launcher is decent, it does not reach the heights of the Pixel Launcher or Nova Launcher, but the truth is that it is usable, as long as you keep in mind that you will suffer advertising simply by installing a new launcher.

While this launcher, despite working well enough, might be enough to emulate iOS, the war is coming to fight, and it was time to continue installing applications. After the launcher, he had to install the notification bar and iPhone lock screen . Applications that ask you for permission to read all your notifications - as is obvious - and that have achieved the impossible, make my Google Pixel 2 XL a slow and lagged mobile . Despite allowing application overlay, the iOS icon bar is displayed extremely fatal, a combination of iOS icons next to the notch that has managed to get the worst of me.

As for the lock screen, I have to say that it works quite badly, notifications arrive just like in iOS, one at a time and accumulating , and the app prevents unlocking through the fingerprint reader, you have to do the classic swipe to unlock , awful.

But don’t stop the party, once these applications are installed, you have to install the iOS 11 control center . Again, another application that needs a few permits to work, and whose performance is very poor even in terminals of the highest range. At the interface level, as you can see in the images, the replica is quite well achieved. The developers have copied iOS to the letter, something that may seem a priori attractive, but that results in totally unadvisable apps.

By using these applications on my personal mobile, I uninstalled them shortly after testing , so I can’t talk about long-term performance or battery consumption. However, a few hours with these apps have been enough to completely discourage their use, as we end up getting a lot of user experience on Android .