In Europe, the Redmi Band will be sold under the name Xiaomi Mi Band 4c 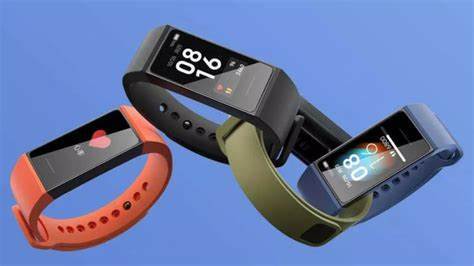 Many people are looking forward to the Mi Band 5, but it seems that we will have to wait for one more version of the Mi Band before we see that one. It is possible that Xiaomi may market the Redmi Band in Europe under the name Mi Band 4c.

To bring it back to your attention, Redmi introduced its very first fitness tracker at the beginning of this month. The $14 wearable is an entry-level gadget that has a design that is similar to that of the Realme Band, the Fitbit Charge series, and the Honor Bands. It also takes after its predecessor, the Mi Band 4, in many ways. Given that Redmi is a sub-brand of Xiaomi, this should come as no surprise.

The Redmi Band promotes itself as a respectable choice for customers who are looking for an even more affordable alternative to the Mi Band 4 than what is already available. In addition to having all of the essential features for fitness monitoring, it also boasts a 1.08-inch AMOLED Color Touch Screen. This involves keeping track of the number of steps taken, as well as distance travelled and calories consumed. However, it does not include an integrated GPS system or NFC for mobile payments (although the latter feature is present on the Mi Band 4).

According to recent sources, the firm has decided to rebrand the Redmi Band as the Mi Band 4c for its upcoming sale in Europe. The only things that will be different are the appearance and branding; the functionality will remain the same. It’s possible that this choice was made due to the fact that Xiaomi is a considerably more well-known brand in Europe than Redmi. Although the model number for the fitness band has been disclosed to be HMSH01GE, there is no indication of when exactly the product will be made available to the public.

Outside of China, it is very improbable that the Mi Band 4c will be sold at the price of $14, although it should be less expensive than the Mi Band 4. There is talk that Xiaomi may release the Mi Band 5 in the next few months. It has been rumoured that the next iteration of Xiaomi’s famous fitness band would come with an NFC chip that is compatible with all countries as well as a display that is 1.2 inches bigger.