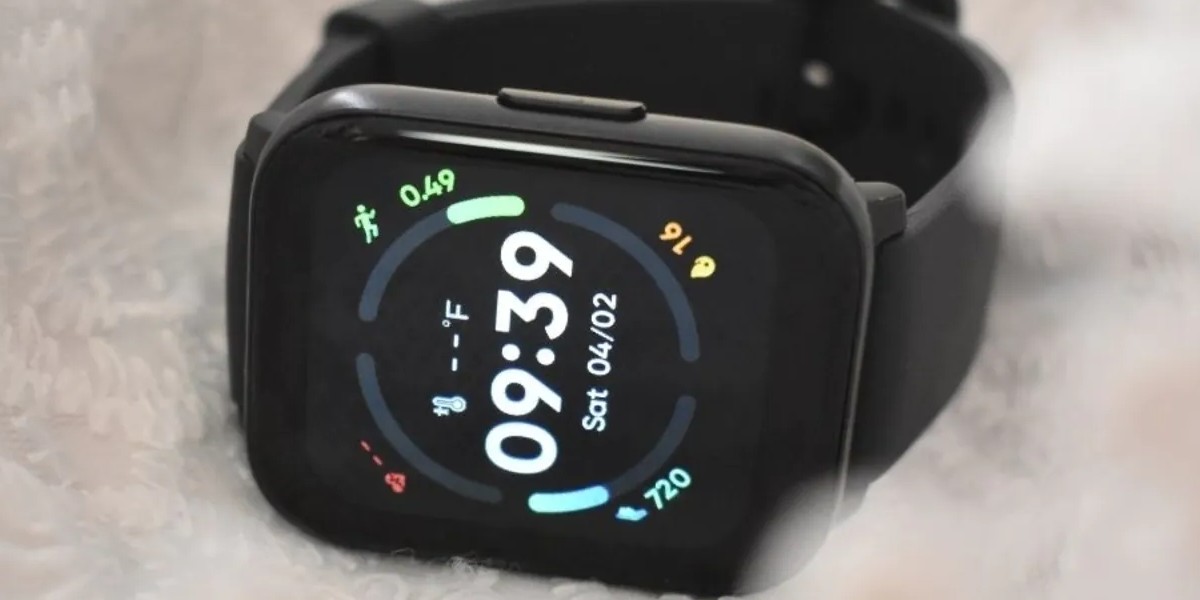 Realme officially launched their first smartwatch in India this morning. It was released alongside a smart television developed by Realme.

You’ll notice a familiar motif in the photos. The company isn’t the first or last to make an Apple Watch knockoff. The Xiaomi Mi Watch and Oppo Watch have also taken this path in recent months.

The Shenzhen-based company is well-known for making smartphones as well as peripherals such as power banks and earphones. In March, Realme released a fitness band, marking the company’s first foray into the wearable tech industry.

The first time we heard about a Realme Wear OS wristwatch was in a Mashable India interview with Realme CEO Madhav Sheth a few months back. Since then, there has been a steady stream of leaks, so today’s launch comes as no surprise. We were even aware of the specifications ahead of time.

[updated] Realme’s first smartwatch will be released on May 25th, with fresh photos and specifications.

The first smartwatch from the business is square, with a single physical button on the right and hefty bezels. Underneath the display, the Realme logo can be seen.

In terms of technical specifications, there’s a 1.4-inch Corning Gorilla Glass 3 protected TFT LCD touchscreen display with a resolution of 320x320 pixels onboard. A 160mAh battery powers everything, lasting roughly 7 days on a single charge or 20 days in power-saving mode.

The clock measures 25.6 x 36.5 x 11.8 mm and weighs only 31 grammes. A heart-rate sensor (which records every five minutes while not exercising), an accelerometer, and a blood oxygen sensor are all hidden beneath the hood. However, there is no built-in GPS. The watch offers inactive reminders, hydration reminders, and breathing exercises in addition to basic activity tracking and monitoring of 14 different workout types. As a result, these are very ordinary fitness functions.

Realme’s first smartwatch is expected to ship before the end of May, according to leaked renders.

In terms of software, the IP68-certified Realme Watch operates on its own operating system rather than Wear OS. The user interface is depicted in the figure below. The features are rather standard. Initially, there are 12 preloaded watch faces to pick from. Realme claims that with software updates, this will be increased to 100.

Weather information, smartphone alerts, music control, alarms, find my phone, and more features are available in addition to fitness monitoring. You can also reject or mute a call directly from your smartwatch, but you won’t be able to answer it.

The watch is Bluetooth v5.0 compatible and may be used with smartphones running Android 5.0 Lollipop or above. The Realme Link app is included with this.

Realme’s first smartwatch is expected to ship before the end of May, according to leaked renders.

Due to the COVID-19 pandemic, things took a little longer than expected, but the watch is now official. On June 5th, it will be available for purchase in India on Flipkart and Realme’s official online store. The price is Rs. 3,999, which is almost $50.

The Chinese smartphone manufacturer is clearly on a quest to establish a product ecosystem that functions in unison. Other devices being developed by the company include an intelligent scale, a mirror, and more. As it continues to expand beyond smartphones, it appears that the corporation will have a busy year ahead of it.