In India, the OnePlus Band with AMOLED display and SpO2 is now available 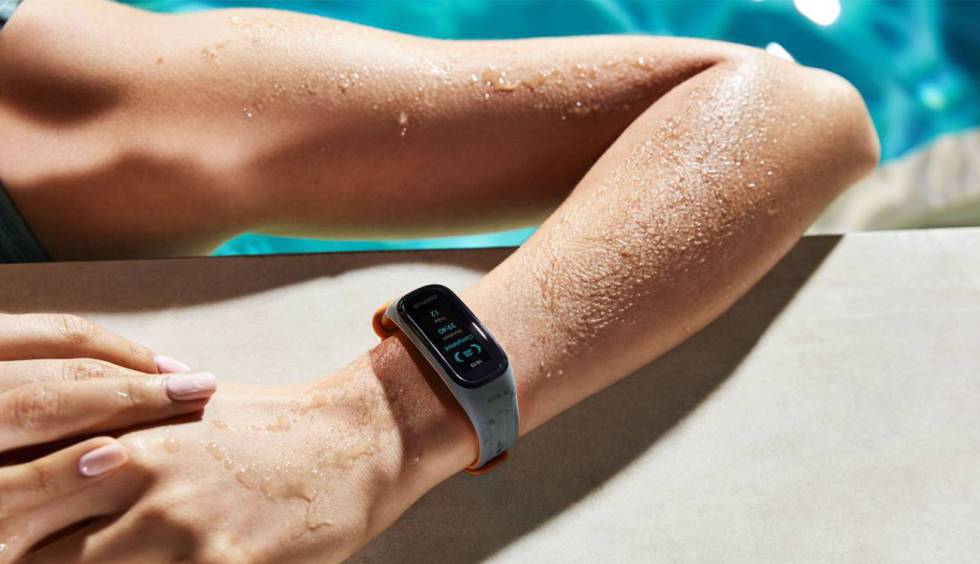 The cost and availability of the OnePlus Band

The $34 OnePlus Band has officially gone official in India, following numerous leaks and rumors. The device features a color display, numerous sports modes, a SpO2 sensor, and a battery life of two weeks. The fitness band’s global release date has yet to be announced by OnePlus.

The Chinese company is well-known for its low-cost smart devices. Its motto is “never settle,” which means that just because something isn’t pricey doesn’t imply it has to be of poor quality.

Aside from the band, we’ve seen a lot of information pointing to a OnePlus smartwatch. In addition to FCC and other regulatory approvals, Pete Lau, the company’s CEO, said that it will be released early in 2021.

Its possible specifications are unknown at this time, but designs from a few years ago suggest it could be a circular gadget. Given the timing, we expect it to include Qualcomm’s latest 4100 processor.

The OnePlus Band is a wristband designed by OnePlus.

It makes perfect sense, in our opinion, to release the fitness band before the watch. It makes getting into the wearables market a lot easier. Because it’s a less complicated device than a smartwatch, there are fewer things that can go wrong.

The OnePlus Band will compete against the Xiaomi Mi Band and the Amazfit Band 5 as a low-cost wearable. It will be difficult to carve out a substantial piece of the fitness tracker pie, as these are all excellent choices. The vast user base of OnePlus’s products works in its favor.

You can personalize the display by selecting one of 37 watch faces, five of which can be saved on the device. You may also add your own photos to make it more personal.

Because the tracker is detachable, you can customize it even more by changing the rubber band. The hues available are black, navy, and tangerine gray.

There’s a SpO2 sensor inside, as well as the normal array of sensors. A heart rate sensor, a sleep monitor, a gyroscope, and a 3-axis accelerometer are all included. The band is said to be able to display customized heart rate alarms and alert users to abnormal values.

There’s also some clever functionality. Smartphone notifications and call alerts can be shown on the band (including call rejection). There’s also a remote camera shutter button and a music control function.

The 100 mAh lithium-ion battery provides a good amount of power. The wearable can last up to two weeks before requiring recharging. A USB-A cable charging dongle is used to refuel the device.

The OnePlus Band uses Bluetooth 5.0 LE to communicate with Android devices running Android 6.0 or higher. The OnePlus Health app keeps track of your health and workout statistics over time. Support for iOS and iPhone will be added later, according to the company.

The cost and availability of the OnePlus Band

The OnePlus Band will be available in India starting tomorrow (January 12th) for Rs 2,499 (about $34). The price puts it on par with Xiaomi’s and Amazfit competing bands. On worldwide availability, we haven’t heard anything yet.