Introducing HEXA, the first ever intelligent face mask that also serves as an air quality meter 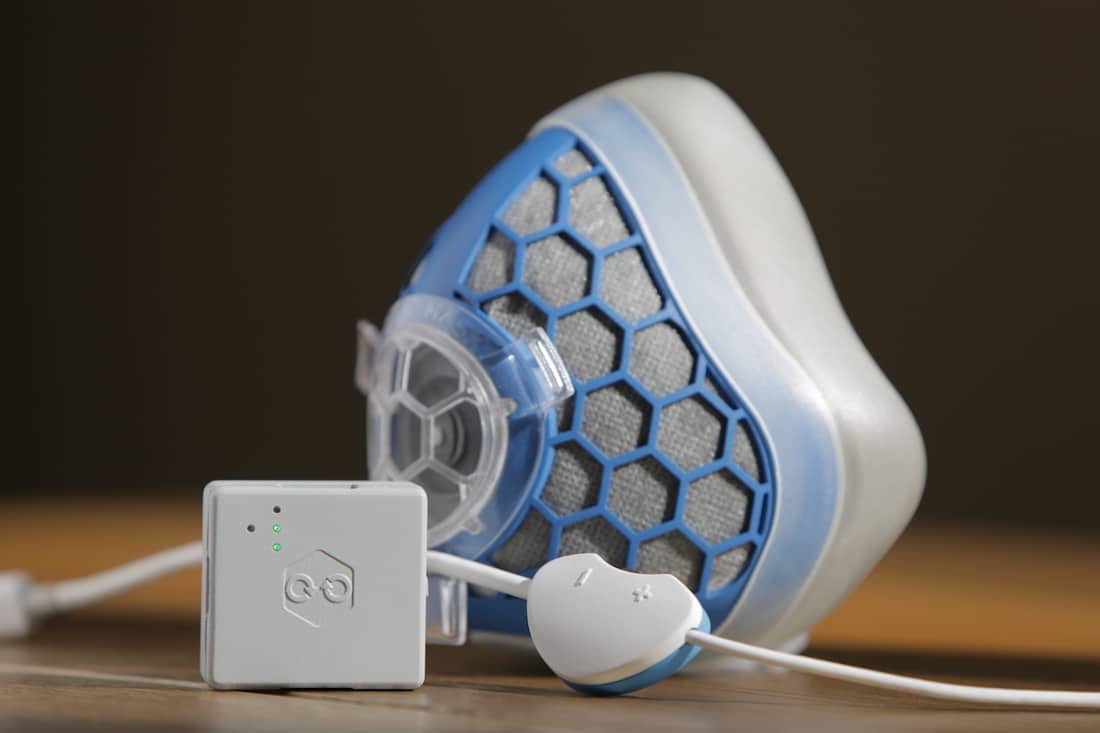 Today, KOOLMASK began a crowdfunding effort on Kickstarter for their new HEXA intelligent clean-air mask. It has some amazing specifications, and in addition to guarding against toxins, it monitors the quality of the air around you.

It is common knowledge that physical activity is beneficial to our health, but this is not always the case, especially if you reside in a major urban center. Approximately 40% of people in the United States are exposed to unhealthy levels of smog, while poor air quality is responsible for 500,000 premature deaths in Europe each year.

HEXA is equipped with two specialized fans and a control dial, both of which are able to alter the air flow. It is powered by a separate mobile battery bank. It is capable of delivering up to 150 liters of filtered air every minute, which is twenty times the quantity of air that you take in when you are at rest. No matter if you’re in a packed subway station or out for a run first thing in the morning, this improved air supply will help you breathe easier and relieve the pressure that’s been building up in your lungs.

The mask contains a unique air filter with a three-layer construction that is both removable and proprietary. It also has an open honeycomb structure. Because of this, protection is afforded against potentially harmful particles such as PM10 (coarse particles) and PM2.5 (fine particles), as well as allergies, exhaust, smoke, ozone, volatile organic compounds (VOC), smells, bacteria, and viruses.

HEXA’s control unit also doubles up as an air quality sensor. It keeps an eye on the environment around you and notifies you in real time of any deterioration in the air quality via either LED lights or smartphone notifications. The intelligent control unit can be used on its own without the necessity of attaching it to either the mask or the battery.

In addition to that, there is a mobile app that you can download on your smartphone to view a map of the pollution in your neighborhood. When it has successfully connected to a WiFi network, it will download the data regarding the air quality that you are currently experiencing so that you can share it with your loved ones or the HEXA community.

It would appear that this is a solution that could help people who are regularly exposed to dirty air, such as commuters, motorists, people who play sports, and people who suffer from allergic reactions. The Kickstarter project is off to a strong start, and its backers are well on their way to raising the required $30,000 in funding. However, backers should be aware that there will be a delay before they receive their mask. The delivery is scheduled for September of the following year.