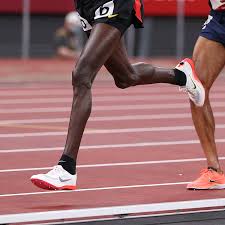 In 2017, Under Armour decided to withdraw from the wearables market

It’s possible that Under Armour will get back into the game of fitness tracking shortly. A file for a Bluetooth activity tracker manufactured by Under Armour and given the name Titan has recently been made public by the FCC.

In 2017, Under Armour decided to withdraw from the wearables market

To begin, some historical context.

Under Armour produced several different fitness tracking items and continued to sell them for several years. A product line known as a Health Box collection was the company’s bread and butter. This package included a digital scale, a fitness tracker, and a chest strap for measuring heart rate. In 2016, all three were released in conjunction with HTC as the partner. During that time period, many people expected that the well-known brand would establish itself as a supplier of linked health and fitness equipment.

However, Under Armour announced at the beginning of 2020 that it will no longer provide direct software support for its HealthBox series. Users have been made aware that they will be required to transition their data over to MapMyFitness.

The Under Armour fitness band was essentially the 2015 version of the HTC Grip. The HTC Grip was a sleep and step tracker with a touch display that retailed for $199 but was never released to the public. It was renamed UA Band and updated with all of the standard capabilities found in activity trackers, such as step counting, heart rate monitoring, and sleep quality monitoring.

Alongside the Band was something called the UA Scale. It is a slick, glass-covered device that can detect as many as eight individuals and track both weight and body fat percentage. The speaker notifications that were built into the scale were an interesting feature because they provided auditory updates on progress and a positive greeting in the morning.

The UA Heart Rate chest strap was the third and last piece of equipment. This allowed you to track the intensity of your workouts and your heart rate zones, and it supplied you with more accurate heart rate measures than the Band did.

All three of them were intended to be utilized in conjunction with the UA Record smartphone app, which was operating normally until the firm removed it from the Apple App Store and the Google Play Store. That was in the month of January in the year 2020.

Following this, Under Armour announced that customers who want to continue using HealthBox devices will need to migrate their data over to MapMyFitness. This was in response to the initial statement. This is a software platform that the corporation obtained through an acquisition in the year 2013.

This was not the best possible answer. The problem with this was that the program lacked a number of the functions available in UA Record. This includes certain fundamentals such as the number of steps taken, the amount of sleep obtained, the weight, and the resting heart rate. Your workout statistics and the number of calories you burned were all that was essentially obtained. It rendered the majority of the functionality useless.

On the other hand, that announcement did not come as much of a surprise as one may have anticipated. In 2017, the business decided to withdraw from the wearables market due to declining revenues. It stopped producing new goods to concentrate on growing its software platform and forming partnerships instead.

But there’s a chance that things are going to shift.

We came across an FCC filing for an Under Armour Bluetooth fitness tracker that was made on February 2, 2022. Titan is the name given to the machine, and its model number is UAFP3. This is a screenshot of the label that was used for marking.

The file itself does not offer very much information. The product’s description states that it is designed for “data gathering as it relates to sporting activities.”

On September 16, 2021, the corporation submitted a request for confidentiality, which will ensure that the majority of the data remains secret for the following half year. This request for confidentiality indicates that they should be made public somewhere around the middle of March unless Under Armour decides to extend the date for when the information can be kept hidden.

It is clear that Under Armour is considering getting back into the game of fitness tracking, and it does not matter if the device will be released in March or in the following months. The fact that it is a well-known brand name and has previous expertise working in this sector are both things that work in its favor.

Because there are so many competitors in this industry at the moment, it will take something truly exceptional for an Under Armour fitness tracker to be able to attract considerable attention. The name that was ultimately selected does instill a sense of optimism. If you refer to someone or something as a titan in a certain field, you indicate that they have achieved a great deal of prominence and success in that sector. Let’s keep our fingers crossed that this turns out to be correct.